Tell us about a time things came this close to working out… but didn’t. What happened next? Would you like the chance to try again, or are you happy with how things eventually worked out?

This is a prompt guaranteed to launch a thousand “what might have been” tales of woe and heartache. Once upon a time, I had a pretty clever idea – to collect folk’s gently used tote bags and give them to the Food Bank to distribute food. In 2011, we decided to give it a real shot so I recruited board members, found a fiscal sponsor and proceeded.

The idea was simple – donate your gently used or unneeded tote bags. The ones from the conferences you attend, the extra that you buy at the register. We also collected backpacks and messenger bags. We collected excess from events. Sometimes people included food.

In terms of response, the project was a success – we collected over 30,000 bags in less than two years plus thousands of other items for reuse from the promotional advertising world. We had over 25 drop-off locations, dozens of volunteers, lots of PR and an enthusiastic reception from Greater Pittsburgh Community Food Bank and Westmoreland County Food Bank.

But … and this is a critical but … we never put together a working board. A lot of people wanted to help and brought talent to the table, but we had to spend some time in a very hands-on mode to build the infrastructure. Fortunately, we had never started the 501c3 process. Instead, I approached an organization about serving as a fiscal sponsor while we worked out the idea. This gave me a chance to realize that while hunger was the main focus, the need for bags of all types permeated all non-profits. Their constraints? Storage space and marketing. At the same time, I began to realize that while personal donations were helpful, it was excess from the industry that made the staggering impact. I was just delving into this industry. I had visions of a collaborative space, sort of a Goodwill for human service agencies rather than the public. We collect suitcases, your organization picks up 4 or 10 as you need them.

Unfortunately, it was a vision. We couldn’t find a fiscal sponsor to take us to the next level. We struggled with grant writing. People were sincere in what they could offer, but labor intense time was not readily available.  I’m not sure they realized how much we needed leadership and investment on that level. That was a failure on my part – I knew what I couldn’t do, but I was not successful at building investment in the project by people with the right skills.

It is hard to make the leap from community project to formal project. And I realized that it was time to roll up the tote bags before I sank under their weight. I am not an Executive Director or CEO type person. I did not have the skills to move ahead without institutional support. And institutional support in the form of fiscal sponsors is not readily available in this region. No one funds it and it is costly for the fiscal sponsor, even just the basic bookkeeping time processing check requests and finances.  This is one reason everyone starts their own non-profit – what other choice is there if the Foundation Community doesn’t support fiscal sponsorship?

It was a great idea.It had an impact – serving over ten thousand people. There is room for growth and expansion of the concept.

And hunger is an even more serious issue now than it was in 2011 – food stamps have been cut, staff have been laid off, even the unemployment cutoffs impact hunger. Every penny we can save these pantries, every indignity we can save our neighbors – it all can be measured and demonstrated and it can call help. Then there’s the environmental impact of promoting reuse.

But the idea is on ice. Could it come back? Perhaps, if someone brought that crucial missing element to the table. I see that the concept has caught on – Rainbow Kitchen did a food drive at a concert and asked for reusable bags, I see bags mentioned in other food drives as well. But I also see many, many food drives with disposable bags.

Would I like the chance to try again? Yes,because I deeply  believe in this idea. I think we had tangible and concrete outcomes to demonstrate its potential, but trying again would require an established organization making an investment in the project. And who has time or money for that when most are struggling to maintain their current programs? So I don’t think it is realistic.

I am reminded of this idea each time that I use my own tote bags. Inevitably, I feel grateful and relieved to have them even with a car and two sets of hands. My physical disabilities make them essential to reduce the stress of shopping. I feel better about my environmental foot print. I can keep my cold stuff, cold! I even save money at places that offer discounts. It is such a win/win.

But knowing when to walk away is winning, too. 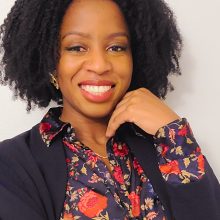 #LGBTQFamiliesDay – Being the Adult I Needed in My Own Childhood