Summer is here which means – for those of us without cable – basically, a silent screen except for the evening news and the occasional soap opera episode. Nothing on in the evening (I miss actual reruns.) Even 60 Minutes is boring in the summer. 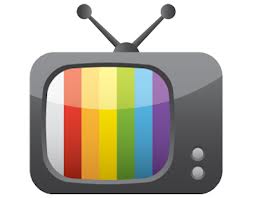 Don’t cry for me because there’s plenty to do, but I’m also sad about the loss of two LGBT-centric shows in the NBC lineup: The New Normal and Go On. Both have been cancelled which is very sad because their LGBTQ storylines were terrific. Apparently, Jack McFarland is coming back on the air as the parent of a teenager. Oh wait … didn’t Will & Grace already do that? Yes, they did and man does it annoy me to have to watch NBC put us through another round.

LGBTQ characters on the soaps have a mixed bag right now

The Bold & the Beautiful – Karen Spencer and her lovely partner Danielle are MIA. Sigh.

Days of Our Lives – Lovers Will Horton & Sonny Kiriakis survived the big bad, cemented their adorable status and are moving on the next phase of a storyline – Will’s BFF and the mother of his child moving in while her marriage falls apart. Meanwhile, homophobe Nick has acknowledged the source of his demons and carefully articulated that “prison rape” is not about being gay. So we’ll have to see what’s up with them.

ut the anticipated return of equally single gay male doctor Lucas Jones has not yet been mentioned.

The Young and the Restless – ummm … crickets … no sign of Rafe and no word from Phillip. I presume Phillip will return for the funeral of Katherine Chancellor but that isn’t necessarily going to have any LGBTQ subplots (nor should it necessarily.)
Thank goodness for Netflix and books!