This report is in from a Peduto poll watcher.

“I was a watcher for Mr. Peduto in the 10th Ward today. I was disturbed to see a PWSA truck pull up to our polling place, and hand off several Jack Wagner signs, as well as a few other various handouts. It was obvious to me that this was a city truck, not a personal vehicle, and when I snapped two photos of it (parked in the Handicap space) when the driver went inside,  I was told by the same man the driver handed the signs to that,”you shouldn’t take that picture, that guy is a big boss at the Water Company.”

The 10th Ward is in Lawrenceville. And here is the photo: 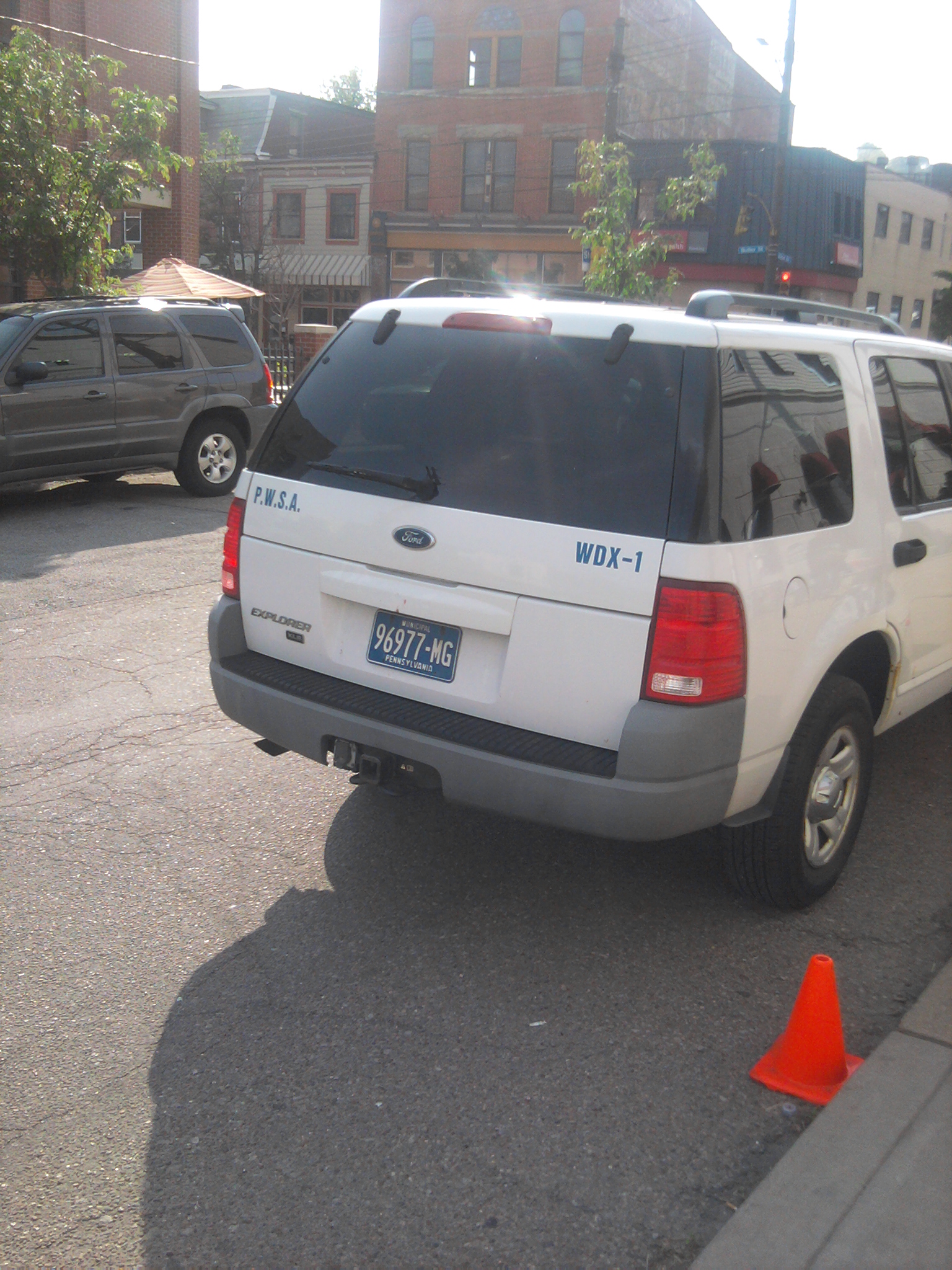 The Pennsylvania Water and Sewer Authority is an independent corporation, but it is funded with our dollars and it is clear that employees should not be at voting polls, transporting campaign materials OR parking in spots reserved for persons with disabilities ON THE CLOCK in a company truck.

Nor should anyone be threatening a City resident over a photograph because the person driving the truck is a big boss – is this 1920 New York City?

The sad thing is that this reinforces the wretched little rumors floating around about city managers using scare tactics to control the election and threats of work stoppages and mass firings and blah blah blah.

Fortunately, there are mechanisms to investigate and discipline the alleged “big boss” – and I hope PWSA bigger bosses take this seriously.

Tuesday afternoon the following message was tweeted at me:

I also shared all of the information with City Councilman Patrick Dowd who is a member of the PWSA Board. And confirmed informally that several media outlets were investigating.