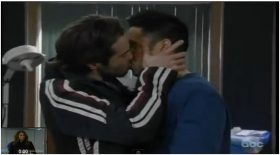 I use gay in the headline with intent – the stories are all about gay men. The good news is that two of the three men are queer people of color (Felix and Brad) and that the stories are pretty good in a soapy way. But as they unfold, it does make me pine for […] 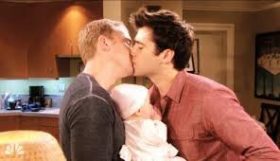 The Olympics begin tonight on NBC and while DAYS will apparently not be bumped for coverage, there is a very important concern for viewers, especially fans of #Wilson, Will Horton and Sonny Kiriakis. As you may know, Russia has cracked down on “homosexual propaganda” under federal law and informal use of brutal and repressive tactics […] 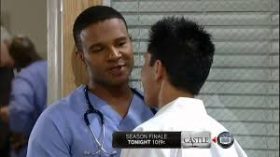 Wow. General Hospital and Days of Our Lives LGBTQ stories (well, they are both really gay men’s stories) are both on fire. Here’s my quick rundown. First, DAYS and uberpopular WilSon. The bad news is that Will is being recast because they actor wants to pursue his education. Big shoes to fill? The other bad […] 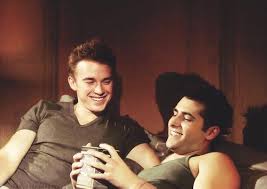 When last we chatted daytime television, I was sharing my thoughts on how the “Nick Fallon was raped in prison” story was playing out. Aside from the fact that there was a prison rape, it hasn’t been too bad. Nick had a come to Jesus moment about how he was treating his gay cousin and […] 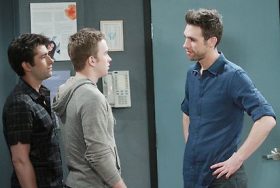 For the past year, DAYS has been exploring a multifaceted gay storyline involving the sweet romance of Will Horton and Sonny Kiriakis, along with the homophobia of Will’s cousin Nick Fallon. This week, we are starting to see the “explanation” for Nick’s homophobia  – he was raped in prison by a pretty scary dude, Jensen. […]

On daytime television’s Days of Our Lives, two significant characters – Will Horton and Sonny Kiriakis – are gay and in-love. Sadly, Will slept with his ex-girlfriend (and step aunt) Gabi and impregnated her. Like the gay men do. Gabi then started to date Nick Fallon, Will’s cousin and recently released convicted murderer. Nick thought […]

According to SoapOperaCentral.com, former Guiding Light star Maureen Garrett – “HollyLinsey” – came out. After carefully cocooning her personal life from the media during her 35 years playing Guiding Light’s  Holly Lindsey, actress Maureen Garrett has chosen National Coming Out Day to reveal publicly to Out magazinethat she is a lesbian and has been involved in a 20-year-long relationship with […]