Pittsburgh Lesbian Correspondents was established in December 2005 as an outgrowth from various radio appearances founder Sue Kerr made as Pittsburgh’s “unofficial lesbian correspondent.”  Her original intent was to promote the positive things happening in Pittsburgh’s LGBTQ community – specifically focusing on media coverage and the letters to the editor submitted to regional papers. She […] 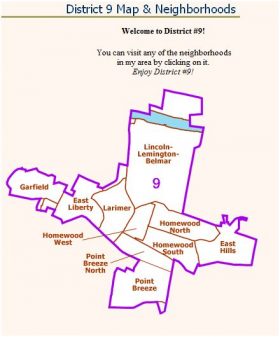 I worked in City Council District 9 for nearly five years as a social worker, doing everything from financial literacy to recruiting foster parents.  I worked on community projects, interacted with community leaders and watched East Liberty Station morph into The Village of Eastside. (Read that as metaphor for the slide of East Liberty into the gentrified […]

Preliminary information … Steel City's board has officially endorsed Sestak, Conklin and Onorato in the General Election.  Good discussion.  I'm sure the official slate will be up soon on the steel city website.  You can pick up copies at the booth during PrideFest.  The slate will contain some informaton on why voting Democratic ticket is […]

Mark your calendars for Saturday, June 5, 2010 which will be the date of Pittsburgh's 5th Annual Dyke March.  The location will still be in Oakland and organizers have fabulous plans for the ultimate grassroots picnic (get it?) and post-march party. What's is a dyke march? Dyke March is a mostly lesbian-led and inclusive gathering […]

In no particular order, these are topics I'm hoping the Mayor's LGBT Advisory Committtee will review. 1. Treat the Dykes fair and square.  In 2009, the Mayor's office was a $10,000 sponsor of PrideFest, ensuring the best in public safety and public works for an event worth tens of thousands of dollars.  2009 also marked […]

This weekend brings sad news to the LGBTQ community among many others as we learned of the death of long time ACLU advocate, Larry Frankel. From the PG obiturary: Mr. Frankel, the legislative director for the Pennsylvania American Civil Liberties Union from 1992 through 2008, died last week. His body was found Friday on a […] 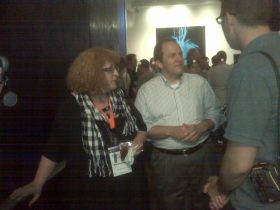 You know I've been helping with this little shindig at the Warhol, known as the “Unofficial” Official After Party for NetRoots which I in turn dubbed the “Gay Immaculate Reception” when I learned Mr. Franco Harris was planning to attend. The party began at 9:30.  We arrived about 9:45 and the place was holdin 150 […]

Woke up a bit early this morning and had a nice surprise.  Ian Price of Friendship took the time to write in with his thoughts on the impact of the Pittsburgh LGBTQ Pride March. In the spirit of Pittsburgh's 250th anniversary, we stop and reflect on the great things Pittsburgh has achieved and on the […] 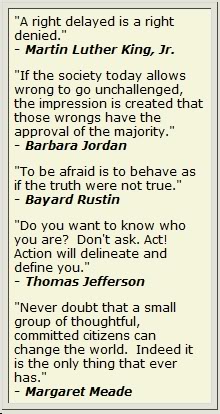 From Pam's House Blend comes interesting news of what could be a momentous turning point in the struggle for equality.  This document is referred to as the Dallas Principles (drafted in Dallas this past weekend).  Here's some of the language: PRINCIPLES The following eight guiding principles underlie our call to action.  In order to achieve […]