The mother of Jasmine Star Mack has created a crowdfund to help with her final arrangements. The goal is $2000 and there have been no donations yet. That’s so devastating. It shouldn’t be difficult for people, even LGBTQ just in the DC area, to help her with that goal.

The family of KC Johnson have set up a crowdfund to help with her final arrangements. Note that KC is misgendered on this crowdfund, but she deserves a proper burial. Here’s hoping her family acknowledges her authentic identity. The goal is $6000 and they have raised.

These families and the victims deserve the resources to at least bury their loved one. I try to include these links in my memorial posts, but here – I felt it was important to pull them out on their own. GoFundMe actually approached me about amplifying one of them.

I remember one situation where the brother of a Latina trans woman murdered by her boyfriend was about to sell his car – his only way to work – to come up with the final $2000. I went to bat – here’s a family doing everything right by their sister, why weren’t we helping them? Someone stepped forward. I felt relief, but also this deep anger that we have to beg and beg for every crumb.

Still that’s better, I suppose, than the families who force their loved one from their identity, burying them under their deadname, wearing clothes they rejected, and misgendering them. That’s almost like they died twice. Or sometimes I imagine they are trapped in an in-between place until someone on either side sets them free. Like purgatory.

In December, someone posted what we (rightly) thought was a fake GoFundMe describing a crime that didn’t happen against a trans woman who didn’t exist. It was a scam. Other investigators and I dug and dug and dug. Hundreds of hours because it was horrifying that she wasn’t honored and even worse that someone was using this to scam people. It was a very bitter moment to have our doubts confirmed. I wanted to vomit.

Another clear factor is racial injustice. I know from my own data that posts about trans victims who are white, female, and young draw significant more traffic than any post about BIPOC trans folx. The only posts I’ve ever had “amplified” by famous folx have been the former. And the same seems to hold true for crowdfunds. I’d like if someone took a look at that, a researcher. I don’t have the bandwidth to do that on top of researching and writing memorial posts, but it is really important.

We must do better.

We know the stats on financial security and gender identity.

The data also shows that legal protections and investments in transgender led organizations make a huge difference. Yet, we can’t seem to make that happen. We are failing these folx.

The least we can do, the very least, is to make sure they have a proper farewell. 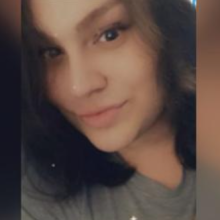