As always keep in mind that we are not professional reviewers. We are just lesbians with opinions.

Wakanda Forever is a lush, lengthy tribute to the contributions of Black women to the magic of the kingdom. of Wakanda and all kingdoms. From Queen to General and guardians, from the African women in the kingdom to a Black American genius student, the interconnected female magic weaves the future of Wakanda in the wake of the death of King T’Challa. Even the alleged antagonists beautiful Mesoamerican kingdom rested on the origin story of a woman of color whose faith in her people and their guidance in avoiding certain death created a path forward.

The movie is lush and glorious as we wait for the rise of the next Black Panther. Even that is wrapped up in all of the women embracing the fusion of their ancestral power with technology. They find the future in their bonds, maternal and romantic alike. While the slow steps toward a new Black Panther are perhaps a bit obvious, the changes in all of the women as they walk this path together and they all evolve suggests that Black Panther is no longer THE protector, but simply A protector of Wakanda.

At the heart of the storyline is the deep grief and despair of Princess Shuri, beloved sister of T’Challah. No longer simply the lovable spunky techie, Shuri steps into her birthright as a woman whose regal power is weighed down by the seemingly endless impossible moral quandaries she faces. All while paralyzed by her inability to let go of her anguish. She faces a future she never imagined.

The layering in of another culture also outside of modern white colonization is breathtaking, rooted in the pain and trauma of European colonizers arriving in Central and Southern Americas as well as the resilience of people determined to thrive. Namor’s people found the transformative power of vibranium and were able to adapt to an underwater kingdom completely separate from the surface world. The beauty of their underwater kingdom of Talokan is comparable to Wakanda, another example of what could have been had Europeans not colonized. And a tribute to what actually was – Talokan like Wakanda is not historically accurate per se, but does highlight the power and ingenuity of Indigenous communities outside of or in spite of European settlers, certainly not because of the colonizers.

Of course there are twists. A previously unknown source of vibranium and struggles over how resources distributed to two different communities of color threaten their cooperation while covetous European and US politicians circle like vultures. There’s a big mid-credits reveal that is worth the wait. And the power of Namor, an actual mutant, seems like a clue toward the evolution of the Marvel franchise. (Hint – the Xmen) Namor makes some good points about defending his people, his true motivation, and yet what he proposes is a step too far away from the moral compass of Shuri and Wakanda.

But this movie centers Black women, a first for the Marvel franchise. And the world is richer for it.

I wonder if men and women experienced the movie differently? Similar to their characters, the female actors grieve Chadwick Boseman but work steadily to rebuild a franchise that’s incredibly important to all of us. I cried during the tributes to Boseman, but by the finale of the movie I had moved emotionally from “what if he had lived?” to “what’s next now that he didn’t?” And that was in response to the power of the women.

I walked out thinking about Shuri no longer being alone, not simply because of the reveal, but because she is part of this legacy of her female ancestors and her sister Wakandians. The strength of her movement through her grief rested on who Shuri is, not who T’Challa was.

I’d be remiss not to mention Rihanna’s musical contributions. All of the tears. 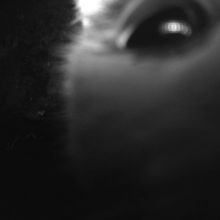 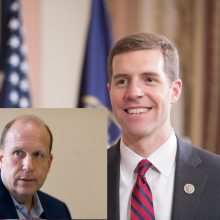