This is hands down one of my all-time favorite series of books. In fact, it was in response to a review of Book 1 in the series on NPR that I actually BOUGHT the book. I bought a hardcover book. That was huge for me. I looked up the review and it is online if you want to see how to move me to spend money.

Some spoilers so proceed at your own risk.

Book 17 in the series was released this spring and I’ll be diving in soon, hopefully next week. A good time to stop an review.

If you like period pieces, these books are for you – I’m looking at you, Belgravia Square where the rich folks in the original book live. They all well-written, detailed, full of interesting robust characters, and whisk you into early 20th century England (mainly London) like nothing else.

Here’s what you need to know

Maisie Dobbs is a “psychologist and investigator” in post–World War I London. After serving as a Voluntary Aid Detachment nurse during the war, she returned to London to work with her mentor, the accomplished detective Dr. Maurice Blanche. When Blanche retires, Dobbs takes over his private investigation business.

Maisie finds and loses love, experiences personal growth across many pages as she wrestles with her obligations and role in society. Maisie is our guide to the multiple social layers that comprised this Edwardian era. Born the daughter of a peddler in 1910, Maisie grew up ‘in service’ and was fortunate enough to have her raw intelligence nurtured by a series of mentors, most of all Maurice Blanche. She served a nurse in the first World War, then entered professional life as a psychological investigator.

Maisie’s improbable rise to become a woman of independent wealth and married into the gentry, adopt a child, find a second husband, become a spy, and repeatedly save the day is tempered by Winspear’s careful examination of Maisie’s emotional journey and reminders that with every source of joy, she taps into trauma. She’s not a manic pixie girl who saves the day with spunk and perpetual good fortune. The books explore her losses, the trauma that ricochets through her own life, and the lives of everyone around her.

Maisie doesn’t move seamlessly between classes. She’s aware that her inherited wealth and the title of her dead husband create an unanticipated barrier between herself and the people of her childhood. She struggles with obtaining a mortgage in an early novel, only in later novels to self-reflect on the truth that her newfound money can’t save the people she loves. She cannot wrap them in her privilege. But she does still know how class interactions work and can use that to her advantage with the bad guys and with respect for the dignity of the vulnerable and victimized.

She’s a character who gives a child a nice tip for their time, always provides a meal, and carefully tried to work with adults to chance the situation and circumstances. She doesn’t hand children large sums of money or whisk them away to chase castles in the air. And she is aware that her larger work both to solve crimes and represent the government is also important to changing the socio-economic circumstances.

The first book in the series opens after WWI has ended and almost immediately, the ominous tones of WWII thread through the novels, picking up momentum with each new case Maisie tackles. Book 1 present-day pages were set in 1929 and the most recent volume, Book 17 find us in 1942. That’s not a long time span for 17 books even if it does occasionally draw us back to earlier years of Maisie’s childhood and adolescence. Maisie was born in 1910.

In fact, Maisie’s life span is tellingly the actual end of all eras – with the death of Edward VII in 1910, the practice of naming eras after monarchs ended. I doubt that’s a coincidence. She’s not bridging the old and new order of things. She is the new order with universal themes that transcend era-designations.

Maisie has a knack for finding bright children, a reminder that nurturing all children to develop their gifts regardless of class is a benefit to society. She stands up for vulnerable and marginalized people, but can readily acknowledge the toll that crime, war, and traumas take on even the most well-heeled of her acquaintances, that resiliency is not embedded in money or power.

To be frank, I rarely solve the crime before the reveal is made. I am satisfied if I picked up about 50% of the clues. And Winspear does help us with that – Maisie frequently updates a visual case map, she often confers with her two staff members about case updates, and the key clue is so vivid in hindsight. But I don’t mind because I’m along as much for the insight into this period of time as I am to solve the who-dunnit.

Book 17 was just released this spring. It is in my queue. I broke down and bought the entire series as eBooks so I could share with my mother-in-law who LOVES these books. Her father was born in 1910 so it is an interesting parallel. MIL was game to try reading on her Fire tablet in LARGE PRINT so I couldn’t make it harder by adding library book check-ins.

As of Book 16, Maisie married her second husband, an American (and thus gave up her title) after adopting an orphan who had bonded with her during a previous case. Her business was thriving, but London was under assault by the Germans so that was dicey – she had relocated her staff and their families to the relative safety of her country estate along with her father, his second wife, and her in-laws from her first marriage. Her second husband is an American spy. Maisie has sworn off spy work to protect her daughter, but we know that won’t last. She’s always manipulated back into His Majesty’s Service.

As robustly as Winspear writes Maisie’s character, the other women suffer for it while the male characters shine. Maisie’s best friend is a bit shrewish and pretentious. The young women she meets in the course of her work are quick-witted, modern gals who are always thin and stylish – that part often read a bit like the older Nancy Drew books. I’ve noticed that women who are not skinny and stylish are often on the other extreme of being frumpy, mean, or pitiful. There’s a lack of depth to her other female characters with the exception of older women. She does older women justice, including Maisie’s step-mother.

This is an injustice because it does lean a bit into Maisie being some sort of savant woman rather than a reflection of what all women had accomplished and could accomplish. Sometimes I wonder if Winspear is lining up a coven of Maisie knock-offs to save the world.

So pick up book one and start reading. It is a lengthy series so you’ll have plenty to keep you occupied. All of these books are available via your library and I’m sure through many used book stores.

Book reviews are completely the opinion of the blogger. Sometimes we receive review copies and sometimes we don’t. In this case, we did not – the books were either purchased checked out from the library, or gifted. 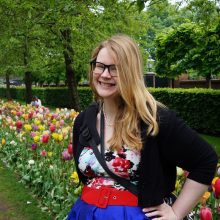 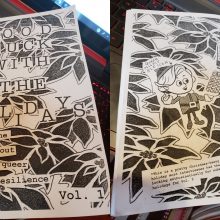