One year for Christmas, my brother received a fort and I received a Barbie townhouse. We had a lot more fun with the fort – my father had us lay out the armies for the attack. I usually included my barbies, stuffed animals, and assorted small toys. Setting up the actual plastic soldiers was dull. Sometimes Barbie would kick them out of the way as she headed to her townhouse for illicit kissing with Marie Osmond.

That’s about the extent of my fort experience, until one year ago today when three little kittens came into our lives.

The symetry is almost mystical. On December 13 (a Friday), our friend and neighbor Tara told us about three kittens she had just trapped and vetted. They need a home. So little Maisel, Lennon, and Susie Myerson came into our bathroom weighing just barely 2 lbs. By April, all three were adopted in spite of COVID-19 and we hear from their foster parents often.

So it seemed familiar today when another friend and neighbor Rebecca contacted us today (December 9) about three other kittens in need of holiday magic. They are living under a truck and in an abandoned building. Mama is occasionally with them.
Their caretaker feeds them regularly, but is moving to New Zealand this weekend – so time was of the essence. We went to the location to scout out the scene. We brought canned food. We saw Kirk and McCoy come to eat. Spock snuck in when we weren’t looking – we did see him flee and Laura followed him.
We will take shelters, water and food over tomorrow and get them fixed up ASAP. We will feed them on a schedule and borrow traps from friends. We set up an appointment on December 22 with Fix n’ Wagon for all three kittens and mama if we get lucky.

We will try to trap them sooner and go to a more expensive walk-in option. Whatever it takes to get them good care.

That’s how it started. Three cats that actually were not siblings – Kirk and McCoy (now known as Stavros Cassadine) were littermates, but the third cat now known as Pretty Girl was older than them. Was she their mother? We don’t know. She would have been barely six months old when she gave birth to them. There’s a reason the three hung together. But all three have been TNVRd and at least two live at the colony.

This colony began with a broken down Chevy truck and a deteriorating house built in 1900 and abandoned since 2001. We knew other cats had lived there, including some we had rescued. Little did we know

These cats bring joy to my life. I’m glad to see they are well-fed and comfortable, but not too comfortable, around people. They seem to get along with each other well enough. It isn’t an ideal life by any means – they are cold, they are dependent on me for food and water, they are at the mercy of anyone who passes by, they often spend their time amidst broken glass and splinters of wood.

I feel bad especially for the friendlies. We found a few when we held our #ManchesterCatTrap event, but there was no room at any rescue for adult friendlies. I hold out hope for a miracle adoption. But at least they are safe and healthy.

Community cat lifespans estimates vary, but it is typically 5-8 years whereas indoor cats average 14 years. Being part of a colony with a caretaker greatly improves the quality of life for the community cats and likely extends it.

It hasn’t been an easy year, but everyone is still churning along.

Thank you to Miss Mary Jane who is clearly still bringing magic to this space. And thank you to Ed Pinto for creating a cat haven because I asked him. Thank you to all of you who have donated food, straw, shelters, and so much more.

If you’d like to celebrate by sending the kitties some treats, that would be sweet http://bit.ly/CatSueAndLaura

You can also celebrate by joining our Santa Claws project. 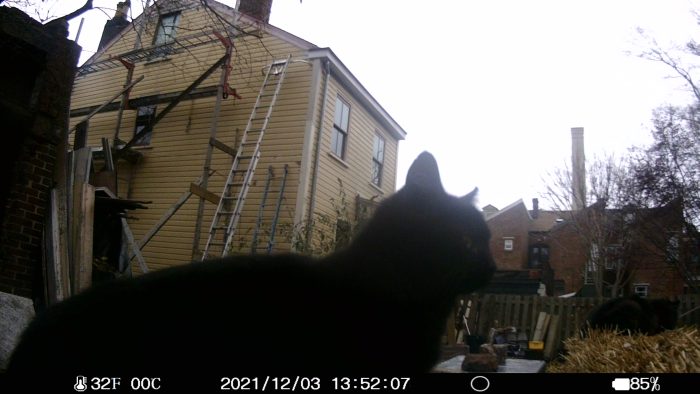 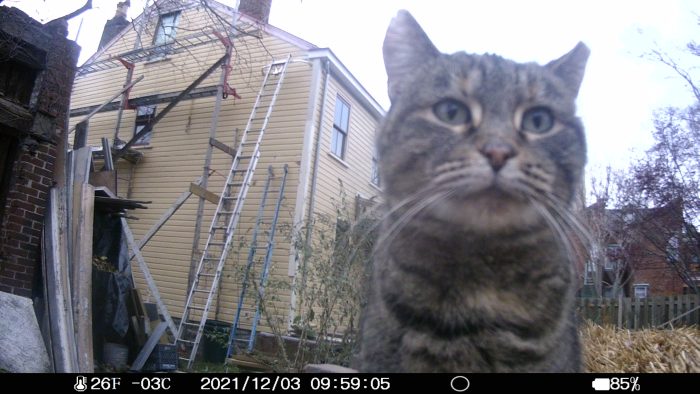 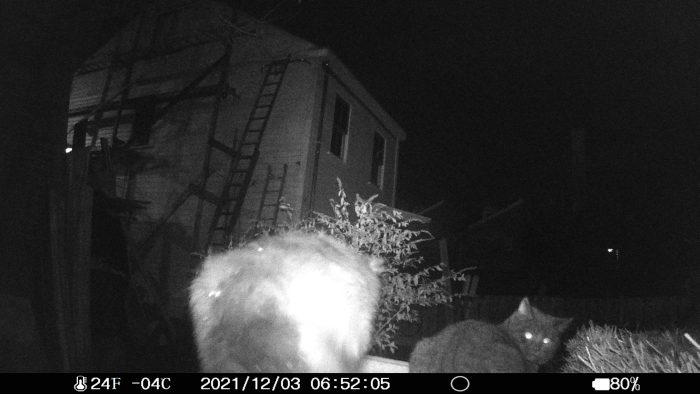 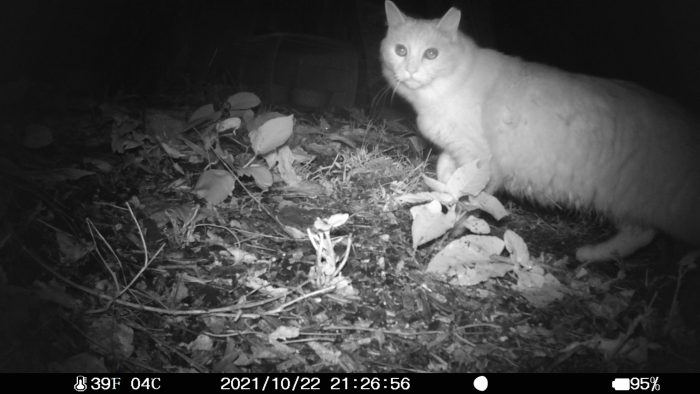 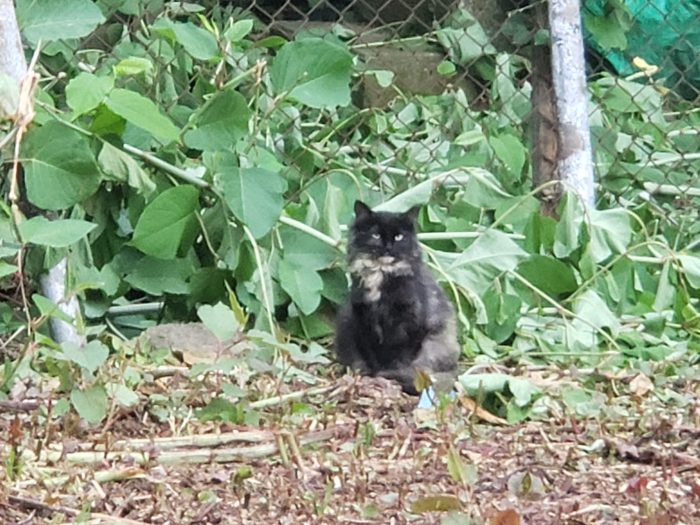 How long ’til my soul gets it right