The world has changed, as it inevitably does, and we are challenged with moving into a “new normal” rather than clinging to delusions about yesteryear.

Once upon a time, activist and wise man Jim Fischerkeller shared with me his belief that Pride moves in phases or waves – the early political days, the Pride-in-the-park days, the street festival phase, the Downtown park wave, and then the pivot to the bar street festival corporate wave. The locations were different in each wave as were the organizers, the resources, and the decisions. Jim did not see this as a progression in the sense that Pride became better, rather as a reflection of the times.

This was several years ago and when we debated what the post-Delta Pride would look like, we agreed it might be a series of smaller Prides. After all, the Twenty Aughts and the Twenty Tens gave rise to Latinx Pride, TransPride Pittsburgh, the Dyke-Trans-Bi March, Roots Pride, People’s Pride, Youth Pride, the Delta Corporate Pride, and whatever newly imagined formations will come our way this year.

I do need to clarify that Pittsburgh Black Pride has been with us since the mid-90s, but is often overlooked as a source of longevity and Black leadership. Still, they are now the longest running Pride event in the region.

Pride is resilient. Pittsburgh Pride went bankrupt twice in the 90s and came back once thanks to Billy Hileman and then thanks to the Pittsburgh Equality Center (then GLCC.) I guess it is at least practically bankrupt now since there are no assets available while the corporation is dissolved. But there are some important financial lessons there to determine the Pride we can afford.

There is some talk about wanting a “real” Pride back with bars, freebies, and someone like Cher, Madonna, or Beyonce performing on Liberty Avenue for a 20 minute set. Ahem. That’s not going to happen. Plus, where do you go after Beyonce?

We have a chance to restart, to walk away from the corroding influences and the grasping belief that 100,000 people would come to a Pittsburgh Pridefest – why does that even matter? There aren’t 100,000 LGBTQIA+ folx in this region.

I’d rather 100,000 allies show up on Election Day next year to respond to State Representative Valerie Gaydos (R) sponsorship of the anti-trans youth athletic legislation.  Here’s her Allegheny County district map if you are interested.

There is also a lot of disparaging talk about the days when Pride was in Mellon and Schenley parks. That hurts my heart because my wife was one of the organizers and because I loved those experiences. But the reality is that those were some brave people who came to Pride alongside rainbow flags and drag queens and being out in a “don’t ask, don’t tell” world. You might sneer about 20 people showing up, but it wasn’t because there was no big act – it was because the world was vastly different in 1996 from 2006 and 2016.

So for some of us, Pride in parks is the Pride we want. But that’s not true for everyone.

We don’t have the population to sustain a big NY Pride. A 2021 Williams Institute report shows that our LGBTQ population is incredibly small, just 3.3% of the regional (MSA) population and tied with Raleigh, NC for last place in the Top 50 cities. Having a big Pride isn’t going to draw more LGBTQ folx to live here. Addressing racial injustice, implementing statewide nondiscrimination policies, ensuring affordable housing in Pittsburgh, and other social justice factors will draw the average queer family.

A big centralized party Pride that centered allies could not sustain itself. The moral and ethical compromises, the financial costs, the trauma our community endured were very much part of the reason the event folded in on itself. Efficient and organized large non-profits can weather a pandemic by drawing on reserves and trimming expenses and being creative. Delta decided to fold their cards and move on to new projects.

A new Delta is not the solution. Pittsburgh’s LGBTQ community is incredibly small compared to other cities around the country. And Pittsburgh means the region or the ‘Metropolitan Statistical Area’ not just Pgh or Allegheny County. We simply don’t have the numbers to grow back a Pride of that type without renaming it after Wal-Mart and the Koch Brothers.

But I get that’s what you want. And you can probably find it albeit in a smaller construct at one of the other prides. After all, this is Pittsburgh – parochialism is our middle name. Our City has 90 neighborhoods and our County has 130 municipalities. We pride ourselves on a parish in every community, an elementary school near every neighborhood, a local  summer festival or fireman’s fair in each nook and cranny. We joke about crossing bridges and we are terrified that bike lanes might actually bring people from other neighborhoods into ours for more than a beer and a burger.

And, to our great shared shame, we are clearly divided by race and economic status.

We all have a chance to shake it out and leave the past behind. There is a way forward and it doesn’t matter who claims they are the proprietors of Pride. It doesn’t matter because we the people are the caretakers of Pride. We have a chance to restart, to walk away from the corroding influences and the grasping belief that 100,000 people would come to a Pittsburgh Pridefest – why does that even matter? There aren’t 100,000 LGBTQIA+ folx in this region.

I’d rather 100,000 allies show up on Election Day next year to respond to State Representative Valerie Gaydos (R) sponsorship of the anti-trans youth athletic legislation.  Here’s her Allegheny County district map if you are interested.

It is a new phase. The phase of little Pridefest everywhere. You can march, you can tune in via Zoom, you can have brunch, you can go to Kennywood, you can attend a conference on healthcare. You can do a lot of things, most free or very low-cost. You can be visible and out and flaunt your queerness in so many spaces, you can stay in the closet and quietly explore the community as well.

You just gotta shake it out because its hard to dance with the devil on your back. 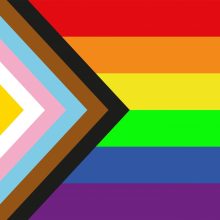