WAMA approached me about reviewing their underwear after reading my review of TomboyX. I have a few items made with hemp material so I thought it was worth a shot.

So why hemp underwear?

Our mission is to pioneer the hemp underwear industry by making the best hemp undies in the world and constantly improving the fit, function and design. During this process we hope to bring more awareness to hemp as an option for clothing, especially underwear.

As we were studying hemp textiles we learned that hemp fabric has many benefits like being naturally anti-bacterial, super soft and breathable. We quickly realized that the best application for hemp fabric would be hemp underwear and that’s how WAMA was born.

I’m going to do a deep dive on the biggest concern in a few paragraphs so let me cover some of the basics.

They divide underwear by gender. The women have five options (Hipsters Bikinis Thongs Boy Shorts and High Waisted), plus bralettes. Men have the usual boxers, briefs, boxer briefs, and trunks. Items are available individually or in packs. Color choices are black and green. Sizes range from XS-3X.

The website has a lot of information about how the underwear purchases impact the environment as well as a lot of detailed transparency about their production process.

We ordered a pair of boy shorts each. The underwear is soft and comfy. It feels very much like traditional cotton. It held up well in the laundry. I wore mine under a pair of leggings to go feed my feral cat colony and I could definitely notice that I was warmer than usual for being outside in early February.

I didn’t love them, though. I thought the ribbon cuffs on the waist and legs were too small. The boy shorts were short and bunched up while wearing them. I’d probably try the briefs over the boy shorts in the future. I’d prefer a longer length like other companies offer. I can certainly wear these again, but they weren’t designed for a fat body like mine.

So here is the main issue – sizing. The original sizing options went from XS-2X. Even though there was a size chart, I was shocked to see a 2x listed as a dress size 14/16. That’s seems so wrong. The reviews and size chart suggested going up a size so Laura tried a large and I was stuck with 2XL, my usual size. She said hers fit okay, but it was aggravating that the sizing is not consistent. My 2XL were okay, but definitely bunched up and rolled up/down at the waist and thighs. She noticed a similar issue by the end of the day.

I discussed this with the company and they have now rolled out a 3XL and offered anyone interested in that size to be notified when the product is available. That’s something and I appreciate their willingness to hear feedback. I don’t profess to be an expert in clothing sizes especially items produced overseas, but I do know that a dress size 14/16 is not a 2XL.

After I washed and wore the boy shorts one time, they stretched out. They went through the wash just fine. This has been an issue with some other brands targeting queer women – the undies just don’t hold up in the laundry.

But the other things is that the models on almost all of the WAMA pages are stick thin with airbrushed thigh gaps. I didn’t see anyone who looked like me, either as a fat woman or as a queer person. Or age. When I think of hemp products, I think of artsy granola people and not a sign of them on the site. It was just like any other underwear storefront although I haven’t actually spent much time on such storefronts.

Prices range from $20-24/pair, more affordable than other sites. I think the underwear are a decent value for that price. Reducing our fashion impact on our environment is an important and admirable goal. But the lack of intersectionality in terms of sizing, gendered clothing, and representation among the models on the site is also important.

WAMA is a new start-up company so they have a lot of opportunity to shift directions. If they want to sell hemp products to people who care about the environment and about body neutrality, they will need to make some changes. If they simply want to offer a feel-good choice for people with air brushed leg gaps, then I guess they’ll be successful?

I don’t think this underwear is a bad choice, but there’s not enough benefit to sell it to me over the items produced by queer-centric fashion houses that are more expensive but meet my needs. I’m contemplating buying a pair of briefs so I can have a fully informed view. Or maybe a pair of men’s underwear.

You can find WAMA here. Being good to the environment is important. They can address the images on their website easily enough and it is quite possible a 3x might fit better. So I’ll keep an eye on them to see how they grow. 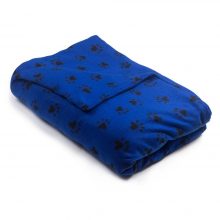 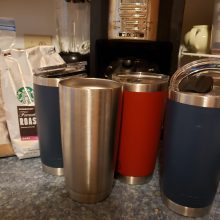 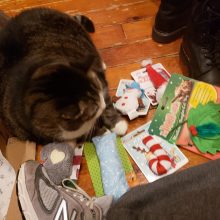 Review: KitNipBox Subscription Service is Fine, But Not Amazing