I live about a mile from the vote tallying garage. The past few days have been rife with tension, heightened by the incessant whir of the helicopters from the local TV stations. I can’t figure out why they need to send helicopters when a van would be sufficient. Maybe they are afraid of violence?

The whirring is unnerving as if a crime had been committed when in reality the crime has spread over the past four years of the Trump Administration. It deeply offends me that he challenges the ethics and professionalism of the ballot counters. I’m sure some are my friends, but they aren’t talking. As they shouldn’t be.

My understanding is that Georgia is close and will likely trigger a recount. Pennsylvania could be called and with 20 electoral votes will seal the deal. But my statistics classes were a long time ago so I’m a little reliant on Steve Kornacki and Matt Merriman-Preston to interpret the results to me.

But I can follow people. This poor woman tried to infiltrate a poll, then a protest. She previously tried to burst into American Idol auditions. That’s just very sad and an indicator that Trump’s race takes advantage of people who are struggling. Some are struggling with their mental health and others are struggling to grab some power and influence on the tailcoats of Trump.

Word on the street is that the electoral support for Trump from the LGBTQ community has increased. This does not surprise me based on my participation in multiple rural LGBTQ groups on Facebook. But I think it would be very important to break that down by identity, especially race. I’d guess that gay white cisgender men and white cisgender lesbians represent the majority of that skew whereas BIPOC and folks who identity as trans, queer, bisexual, intersex, asexual, pansexual and others we might consider ‘queer’ versus ‘gay’ folx. The LGBTQ community is not be any means immune to the racist panic that drives so many Trumpies to cling to his repugnant leadership style.

For a historical lesson, look to the Delta Foundation and Pittsburgh Pride. Leadership was almost exclusively white cisgender gay men and the overarching commitment was to cultivate the “allies” versus supporting marginalized members of our own community. Appeasing allies suggests feeling more kinship and affinity with white straight cisgender folks than with queer people of color. Most people in our community will not be surprised. We listen every day to people say “I don’t believe in labels” and other variations of “I don’t see color.”

And they aren’t stupid. They know that Trumps absurd policies will benefit them financially. Until they stop benefiting them in social terms. That’s the willful ignorance bit, the failure to see if they come for the Black trans women and Latinx queers, we’ll be next. Being white will only protect us so much.

Anyway, I’ll be interested in looking at this data in more detail.

For now, we wait. It is Friday at noon and we anticipate going through the night as some ballots cannot be counted until after 5 PM. So we’ll get sushi, watch MSNBC, and hope we can breathe a sigh of relief.

I am sharing photos published on Towleroad from a recent “Trump Pride” gathering in Cranberry Township. It was a small scale superspreader event with people packed into a room without masks. You should stay away from any actual gay people or anyone actually who attended unless they quarantine for 14 days. Also, my spidey sense tells me this is not a predominantly LGBTQ crowd. I have no proof,, just intuition. So my public health service to you: 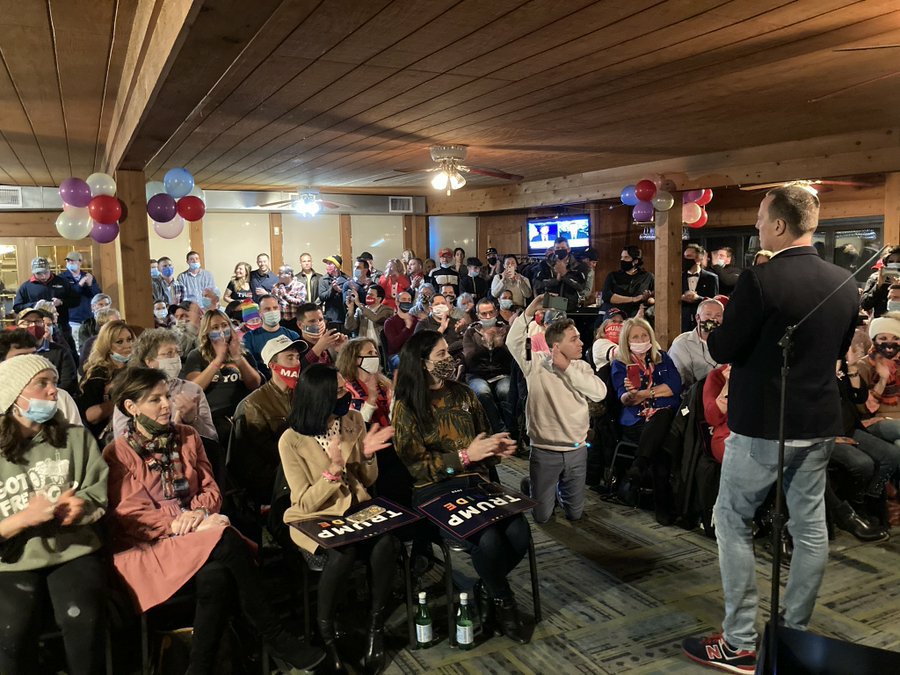 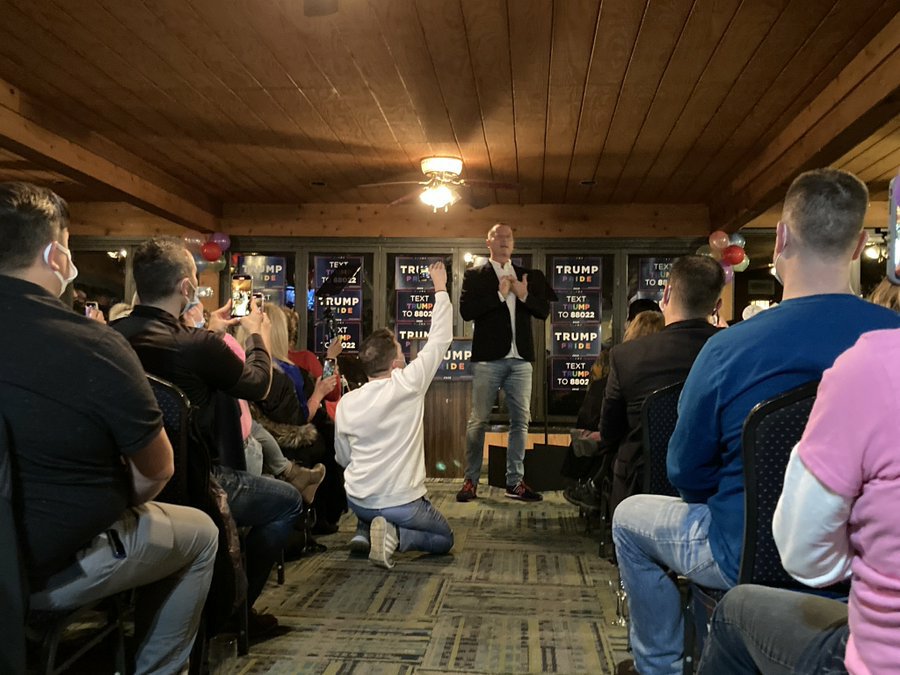 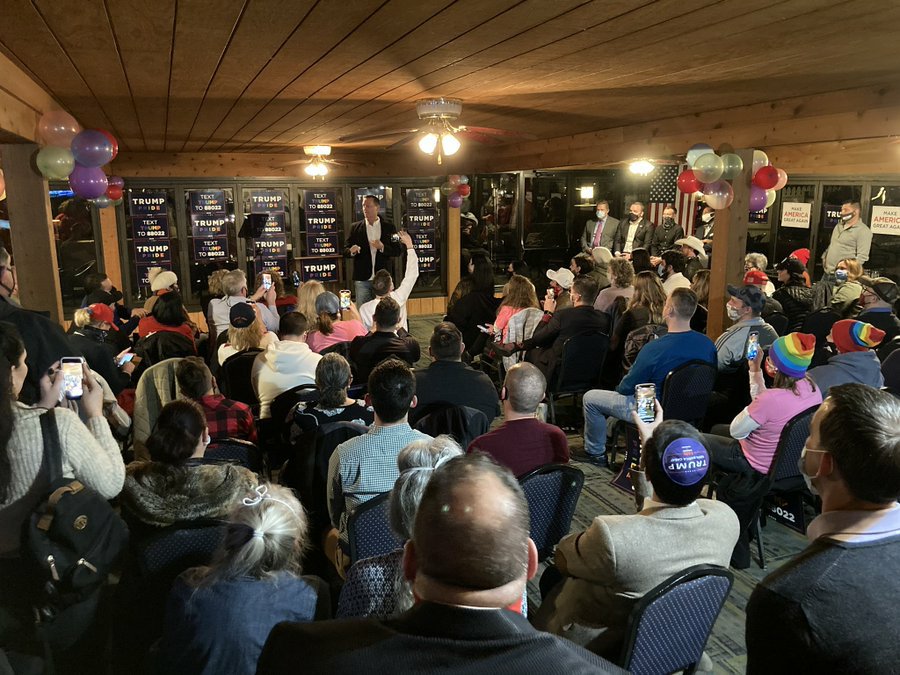