My friend John Ruffing died on November 9, 2007 at the age of 41. He is someone I loved very deeply and think about often. It was suggested I create a blog altar for my ancestors. John and I are not blood related that I know of, but like many queer people – we created our own family. 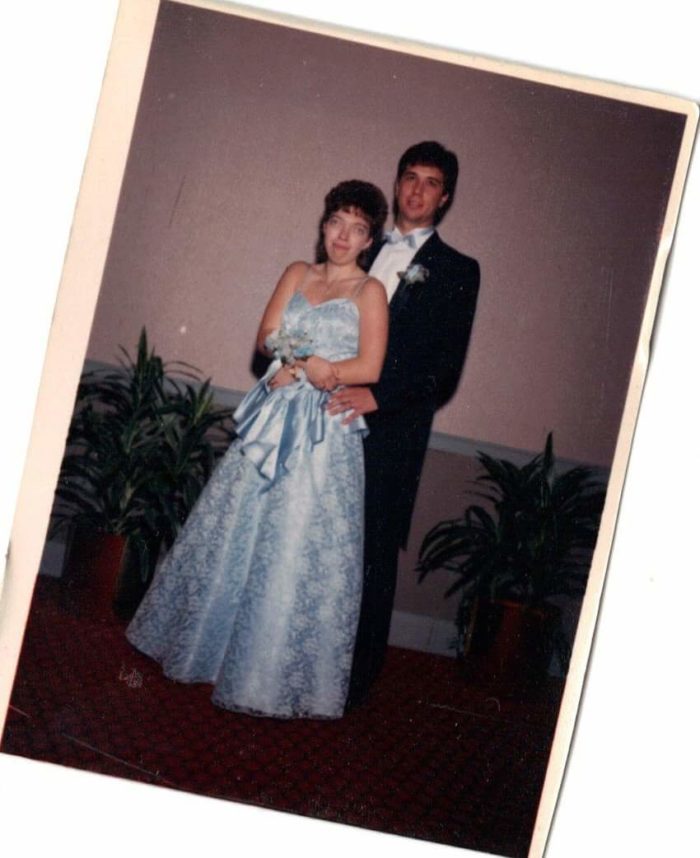 In 2001, Allegheny County tried to resurrect the County Fair at South Park and one of the musical acts was Air Supply. We both loved Air Supply. So off we went, climbing carefully onto rickety benches and finding seats. We also loved to dance and quickly clambered down to join the throngs of fans dancing near the stage.

Yes, we were part of an Air Supply mosh pit.

It was a glorious fun and musical night. Who cared about the state of the fairgrouns – Graham and Russell were there in person to play for us. We danced together, we danced with strangers, we danced with Graham who jumped into the crowd with his guitar to join us. It was a rush and fun and delightful and like a dream come true.

Then we went to Eat-n-Park.

This is one of the best memories of my life and with John in particular. That sort of experience wouldn’t happen in a big venue and certainly not now. When Air Supply comes onto the radio, I cry because I miss John.

Going back into the 1980’s, John and I used to watch movies together on Friday and Saturday nights after our shifts ended at the Century III Mall foodcourt. He has a million movies. One night when I was maybe 16, he chose the relatively new film An Early Frost starring Aidan Quinn and Gena Rowlands. It was a good and powerful movie, I loved Aidan Quinn and recognized his courage to tackle the role in 1985. I cried because I was scared John and my other gay friends would suffer the same indignities.

A few days later, he brought up the movie and I remember being terrified he was going to tell me he was positive. But instead, he asked me if I understood why he chose that movie. Other than being a movie worth watching, I had no idea. He told me that he had a vibe from me that I was a lesbian and wanted to show me a coming out story. In case I wanted to come out.

I wasn’t offended or hurt or anything like that, but I honestly did not have any connection to that part of my identity at the time. It would be 14 or 15 more years until I realized I liked girls. But during that entire time span, I would think about the movie and wonder what John saw in me that I did not myself see. Anytime I saw Aidan Quinn, I thought about it.

When I told John I was gay – he was the first person – he and I both brought up that night long ago. I still don’t understand what the vibe was, but I am forever grateful he wanted to offer me a path and walk with me.

John’s favorite foods were Chinese buffets, Denny’s garden burgers, salad, and pumpkin pie blizzards from Dairy Queen. I try to have one each year to honor him. This year, that happened in early September because we stopped at a DQ and I saw it was on the menu. I’ve learned not to take tomorrow for granted so I ordered it then.

Today, on Halloween, I feel good that I did that. John deserved better and more than 41 years. I miss him so much and I hope that never stops. But I hope he has found peace and a good soundtrack.