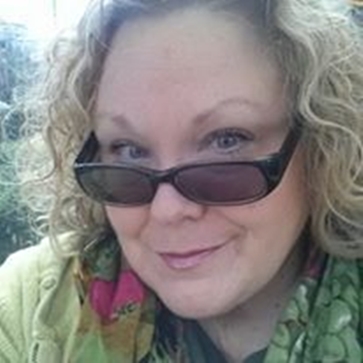 This is a new limited-Q&A series focusing on Election Day. I’ve approached an array of regional folks to ask them the same seven questions about the election. This election is complicated in ways we never thought possible, but there are paths forward. Listening to what our neighbors are prioritizing and how they are framing the Biden/Harris ticket in particular is an urgent duty for each of us. I will be publishing as these are returned to me and will field new requests to contribute at pghlesbian@gmail.com

Next up is my friend staci backauskas. She’s very involved in the arts community, both as an artist and a patron. Her historical perspective here was new information for me and I hope will give you something to consider.

This is the kind of tenor that existed before the Civil War.

How do you describe your identity? First, I am a member of the human race and strive to be better each time I open my eyes in the morning. I’m a daughter, a friend, a sister, an artist, a writer, an amateur sociologist, and bisexual.

1. Why and how are you supporting the Biden/Harris ticket in the Presidential race? Reluctantly. Biden has a history of policies and behavior I don’t fully endorse. (one example is Biden’s actions during the Clarence Thomas hearings https://www.newyorker.com/news/news-desk/what-joe-biden-hasnt-owned-up-to-about-anita-hill) and I struggle with the fact that we still have an antiquated two-party system. Biden/Harris is not a panacea. At the same time, putting Trump back in office will continue to perpetrate the damage already done to multiple populations. I don’t like voting “against” people – that’s how Trump got into office. But I will vote for Biden/Harris in the hopes that the Senate will be turned and some of the harmful policies enacted in the last four years will be changed. My focus is on the local elections. I think people get swept away by the drama and controversy in the White House, which is exacerbated by the media, and forget that the majority of the decisions still get made by Congress.

2. What other Pennsylvania races on the “down ballot” should we be paying attention to as well? I think the Attorney General race is very important. Heather Heidlebaugh is funded by Toomey’s cronies and in my opinion, would be a disaster. I had the misfortune of seeing one of her commercials (I don’t own a TV but was watching the US Open on YouTube and was forced to see ads) and I suspected she had stretched the truth to the point of breaking. After I did some research, I found I was right. It’s one thing for politicians to do a little saltwater taffy pull on the truth, but outright lying puts her squarely in the camp of people like our current president.

3. What races outside of Pennsylvania should we be paying attention to? The Senate elections that could help turn the majority. Mitch McConnell and Amy McGrath in KY is definitely one to watch. But Arizona, Colorado, Alabama, Georgia, Maine, Michigan, Texas, Montana and North Carolina all have tight races that if won by the Democrats could help flip Congress.

4. At this point in the race, where should I invest my $10 or $25 donation? I have no idea. I get a dozen emails a day asking for money. Again, I think I would cast my financial resources locally if I were in an area with a battle. (I don’t think Mike Doyle is going to have a problem).

5. How important will Western Pennsylvania be in this election? I think this area will be pivotal in deciding where our electoral votes go. With certain counties proclaiming voracious support for the incumbent, it’s imperative that we get those who will vote against him to the polls.

6. What is your voting plan? My mail-in ballot will arrive in the next two weeks and I plan to vote at one of the ballot box locations set up in the County. (flyer below).

I think the Attorney General race is very important. Heather Heidlebaugh is funded by Toomey’s cronies and in my opinion, would be a disaster.

7. What else should I be asking? You cannot legislate beliefs. And no matter who wins this election, there is going to be a large portion of our country that is NOT happy about it. This is the kind of tenor that existed before the Civil War.

Q&A Election 2020 is a limited-series Q&A with Western Pennsylvania residents. We ask them the same seven questions to create a database of perspectives that are representative of our region. I want to galvanize your interest and participation in this election. Please read the entire series. 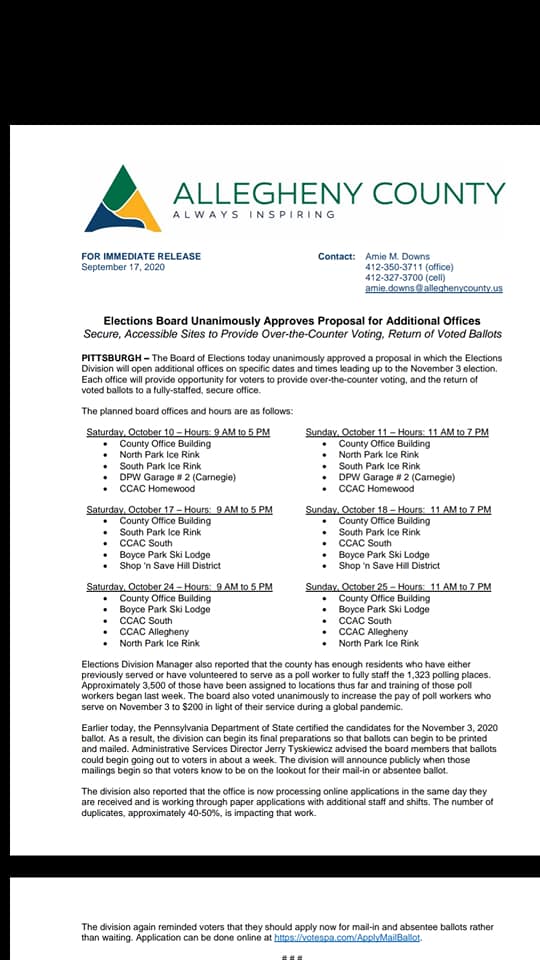