At the request of our contributors, we are creating space for people to submit updates. We know that for some folks, life has changed so we are offering an opportunity to post an update to earlier responses. We will NOT be modifying that content, but we will create a link to this new post. This will be open through the end of the project.

Next to submit is Patrouious. You can read his original post: Patrouious Describes His Fears & Frustrations as a Trans Man in McKean County published July 15, 2015 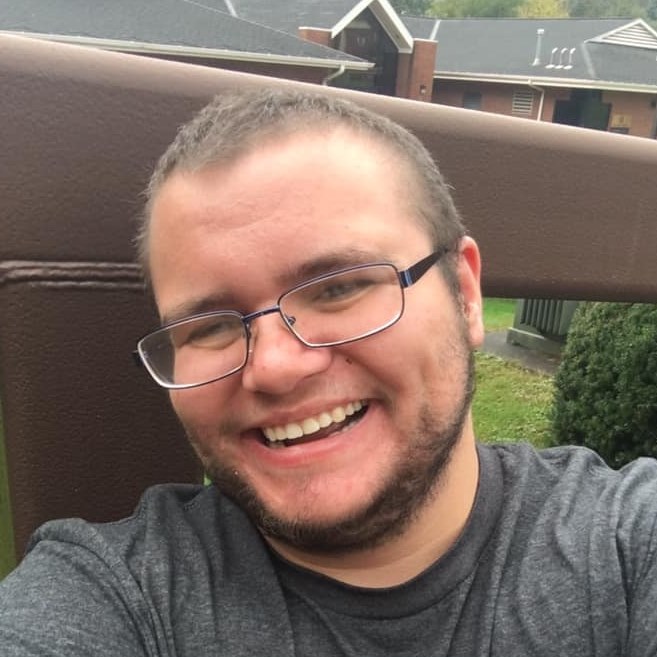 Pronouns: He, Him, His

How do you describe your identity? A Heteroromantic Demisexual Man with Trans Experience

Please describe your coming out experience. Where did you find support? What challenges did you face? It really depended on who I told. My mother’s side of the family was extremely supportive and honestly not shocked at all about me being trans. My dad’s side of the family I had mixed responses. My dad had a really hard time but has learned to adapt. He still says the wrong things sometimes but he is learning. My now 23 year old half sister just completely disowned me. Other than that most of the family are supportive. Now at work I am somewhat in the closet still and some what out. Because at the place I work at is in Westmoreland County, I kind of have to be careful who I am out to. Honestly there have been a few times where people thought I was a cis gay man and were shocked to learn about me being transgender and being romantically attracted to women. Which kind of brings flash back to before I was out and went through the transition almost everyone just assumed that I was a cis lesbian woman. Honestly, I do not really understand why some people have an obsession with one’s sexual orientation, or what is between a person’s legs, that they just have to make assumptions.

How would you describe yourself NOW in terms of “being out”? Free, more comfortable in my skin, and just now no longer care about what people think about my identity. I am who I am and if they do not like that, too bad. The bible says we are all made in God’s image. So that means God is Transgender. God is LGBTQ+!

Tell me about the first LGBTQ person whom you met. What impact did they have on your life? Oh my gosh I don’t remember. I have family members who are gay, lesbian, and bisexual. We have a lot of LGBTQ+ friends on my mom’s side of the family. As far as I know of the only out Transgender person in my family. The impact this made in my life is I have a support system in regard to my transition and just being a member of the LGBTQ+ community.

Past or present, favorite LGBTQ character or creator in television, film or literature? Please tell us why. Too many to list. Can I just say that now I can officially say that my favorite LGBTQ+ character on TV from my Childhood is Nigel Ratburn from the Arthur series? I wanted to be a teacher when I was younger. Also the fact Mr. Ratburn was in a rock band, and was a puppeteer just drew my attention when I was younger.

How do you stay informed about LGBTQ issues? Social Media, The news.

Describe your geographical community. Right now I am in the Suburbs (Ben Avon and have lived there since I was 8) but I have lived in Rural communities. I would say where I live now it use to be very conservative and not so LGBTQ+ friendly, but now it became very liberal and LGBTQ+ friendly. When I lived in Bradford, Pa for school, for the most part it wasn’t LGBTQ+ friendly unless you were on campus. Westmoreland County it really depended what area you were in.

Describe your local or regional LGBTQ community. In Alleghney County and in Parts of Westmoreland County they do have LGBTQ+ support groups. In Mckean County however, there is Pitt Bradford’s Pride Alliance, and the LGBT advisory board at Pitt Bradford. Alleghney Health Network has great care for Transgender patients. There still needs to be work on passing the Pennsylvania Fairness Act, Passing Hate Crime Legislation, getting Conversion Therapy banned on minors (honestly I believe there should just be a complete ban on Conversion Therapy due to the large amount of evidence that shows the conversion therapy causes more harm). We also need to get the Equality Act passed etc.

Have you ever experienced discrimination based on your identity? Specifically, in a job setting, when applying for housing or while in public.  Not so much in the work place, or at school. However, I did have an experience at a hospital in Bradford, PA and honestly there are a lot of people who have complained about that hospital for inadequate healthcare and not just LGBTQ+ folks. Lets just say when I went to the ER in Bradford for coughing fits, and breathing problems (I have asthma), the triage nurse had me labeled as “gender confused” in the system (their system is extremely outdated) and the nurse had no idea what transgender or gender dysphoria meant. I was also not given a wrist band, and I was randomly asked about my chromosomes and genitalia by the doctor because he asked about why I was on testosterone. I was given an X Ray and then discharged and was told that they did not know what was wrong with me. 2 days later I went to the school’s doctor for a check up and found out that I had an ear infection and bronchitis. Honestly this tend to happen every fall before I was on T where I would go to the er for coughing and breathing problems and it always ended up as an asthma attack or bronchitis.

Have you experienced microagressions based on your identity? Think everyday indignities & slights that you experience, but would not characterize as discrimination. Please describe in your own words. I would say that I have gotten recieved more invasive questions when people first meet me and I come out to them about my identity and they are usually followed with microaggressions.

Are there issues impacting your LGBTQ neighbors that aren’t visible or part of the local dialogue? in Rural areas Health Care is the biggest roadblock. It seems the closest LGBTQ+ competent healthcare to Mckean county is either in Buffalo New York, Erie Pennsylvania, or Pittsburgh Pennsylvania (as far as I know of).

What would you like to see elected officials do to improve life for LGBTQ Pennsylvanians? PASS THE PENNSYLVANIA FAIRNESS ACT! Also Pass Hate Crime legislation. Federal elected officials, PASS THE EQUALITY ACT!

Please share a lived experience, anecdote or fact about life as an LGBTQ person in your community. When I first did the amplify project I had no idea how to get my name legally changed as a college student. For any Transgender college students looking to change their name legally and participating in the name change project, they go by the address on your state ID or Driver’s Licence, or Passport. Do not mention where you are in school because you may get told that you can’t be helped. That happened to me. Third time was the charm.

Beyond discrimination, what other barriers create challenges for your LGBTQ neighbors? I would definitely say inadequate healthcare in rural areas.

What is your greatest fear for the LGBTQ community in Western Pennsylvania?  Conversion Therapy still being practiced and discrimination still being tolerated against LGBTQ+ people.

What is your greatest hope for the LGBTQ community in Western Pennsylvania?  Unity


What pieces of local or regional LGBTQ history would you like to preserve and why? There is so much of LGBTQIA+ history that I want to see preserved because there are so many Important LGBTQIA+ people in history, and there are so many different events. It is ashamed that LGBTQIA+ history is not being taught in schools because there is so much to history in the LGBTQIA+ community that needs to be taught. Not just the marriage equality ruling in 2015.

What can allies do to support your LGBTQ community? Check your privilege

How can gay men and lesbians support the bisexual, transgender and queer members of our community? Same as the previous question.

Finally, what question should I have asked? Please also share your answer.  See original response.

Why are you updating your #AMPLIFY contribution? Alot has changed in my life since 2015. I graduated from the University of Pittsburgh’s Bradford Campus back in April of this year. I received a B.A. in Interdisciplinary Arts, with a minor in Gender, Sexuality, and Women’s studies. Last year I had my name legally changed to Patrouious Raymond Achatz. I have been on Testosterone for a little over 3 years, and last year I had top surgery. I also want to talk about the difference between Alleghney County, Westmoreland County, and McKean County in regard to resources, etc. I would go on to projects I have been working on, but that would take up too much space.