This little fundraiser was an experiment. There are many, many folks in our community who value the #AMPLIFY project, but for all sorts of reasons – they won’t make time to sit down and type our their responses.

Ed Pinto is one of those people. I’m not going to analyze his emotional reaction to the prospect of answering these questions, just reinforce that he has given the usual responses

None of this is atypical. But Ed is a man up for a good cause and an adventure so I propositioned him – let’s use his storytelling as a barometer. We set up a fundraiser for the #AMPLIFY project and set some fundraising goals with ‘rewards’ for people who genuinely would like to read Ed’s Q&A and who believe his story belongs in the archive. It was an experiment to leverage his story to help continue funding the project and try to break down some of these barriers to participation.

As of today, we have had 33 donors raise $1,000. That’s so wonderful. So we are set to set up a session where I go to Ed’s house and type his responses. Then I’ll format it and send to him to edit and then publish for you all to read.

Ed has a very full plate right now with his work commitments, helping friends, and other things that have arisen. I’m also heading into some busy weeks, so we are thinking about capping this at the $1000 level. But some people have said they REALLY want the video element – so I’m bringing this back to you.

If you want the video, we need to raise another $1,000. That means asking other friends to chip-in. That means passing the hat so to speak at upcoming events that are Ed-friendly.  That means all of our 33 donors and the hundreds of people reading this sharing with friends and inviting people to like the fundraiser. It means other creative fundraising ideas that you might bring to the table.

I cannot ask Ed to continue asking his personal network to contribute because he’s already spent a lot of time on this and he did arrange for a videographer. I’ve asked my personal network. I think we’ll both continue to ask, but clearly – we need a boost from somewhere and that’s where you come in.

I do want to remind everyone that all of the money does go through our fiscal sponsor, Persad Center, but every penny comes to AMPLIFY – Persad is one of the few fiscal sponsors in the region that does not keep an administrative fee.

So we’ll keep this open through August. If you’d like to chip in a few dollars, awesome. Ed has promised some side goodies to donors as well and  you know if we make this video, it will be awesome. There will probably be a bit of Ed nudity, lots of laughs, and you’ll LITERALLY get to watch Ed share his stories. That’s an experience #AMPLIFY doesn’t often get to access.

So shall we see where this goes in August? 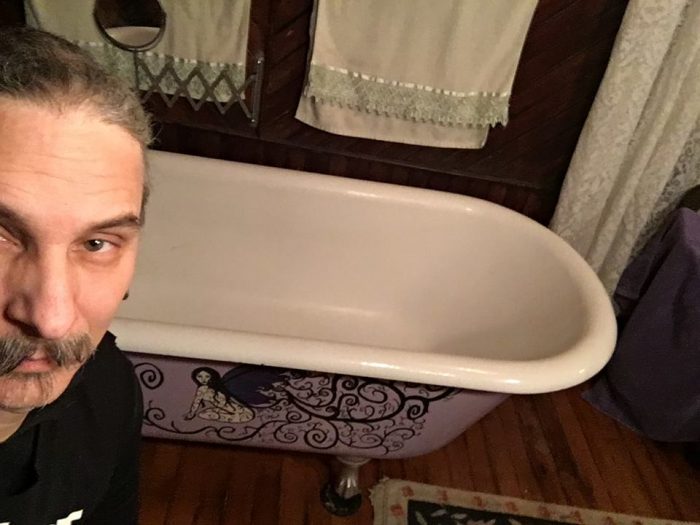