I was unable to attend this press conference, but I have been talking with Councilperson Strassburger’s team about the proposed legislation – I had no idea these gaps existed. Kudos to them for filling that gap. We’ll have more on that later.

Note that Councilperson Strasssburger is wearing a ‘Yinz is a Gender Neutral Pronoun’ shirt. Nice.

Here’s the press release with photos below.

Today, at a press conference held on the City-County Building Portico, community leaders stood together to commemorate the 50th anniversary of the Stonewall Riots, a landmark event in the struggle for LGBTQIA+ rights and equality.

“50 years after the Stonewall Riots, members of the LGBTQIA+ community still face discrimination and are the victims of violence because of who they are, immigrant children are separated from their parents and held in cages at the border, and places of worship have become sites of senseless tragedy because of how congregants pray,” said Pittsburgh City Councilperson Erika Strassburger. “I am standing in solidarity with all marginalized communities to reaffirm that the struggle for peace, equality, and justice is an intersectional fight. I am also proud to join Council President Kraus to announce legislation that further ensures the rights of residents of Pittsburgh to live a life without fear of discrimination.”

At the press conference, Councilperson Strassburger and Council President Bruce A. Kraus announced the introduction of legislation, which was crafted in collaboration with the City of Pittsburgh’s Commission on Human Relations and Gender Equity Commission, to clarify definitions and thereby strengthen protections against housing, employment, and public accommodation discrimination based on sex, sexual orientation, gender expression, and gender identity in Pittsburgh.

“Coming out in 1972, I was introduced to a community that could not have possibly understood at that time what a broad swathe of people we were destined to become. The magic of our community is our ability to be both inclusive and protective of all the many peoples we are,” said Council President Kraus. “Accepting each other with love, and without judgement. The changes being introduced today reflect the changes of our community over the years, and ensure our code appropriately represents and protects who we are as a people today.”

The proposed legislation would:

“The Pittsburgh Commission on Human Relations is committed to helping protect all who live in, work in, or visit our City. For too long, people have been denied housing and employment because of who they love, how they identify, or how they express themselves,” said Megan Stanley, Interim Director of the Commission on Human Relations. “Even 50 years after the Stonewall Riots we are still fighting discrimination against the LGBTQ+ community. The changes proposed to City Code today will strengthen protection for residents and workers and will help employers and providers understand their obligations under the law.”

At the press conference, leaders from the LGBTQIA+, Muslim, Immigrant, and Jewish communities stood in solidarity to renew the fight against hate and reaffirm that Pittsburgh is a place where the dignity and contributions of all people are valued.

“Fifty years ago, trans women of color, leading the entire LGBTQ community, stood up and demanded to be seen as human beings worthy of dignity and respect. While we have made some progress, we currently face the greatest threats to our civil rights in my lifetime,” said Maria Montano, Transgender and Labor Rights Activist. “That is why it is critically important that our elected leaders fight with us for our right to exist and that they work with us to ensure that our voices are heard in every arena.”

Staff and Commissioners from the City’s Commission on Human Relations (CHR) were on-hand to remind attendees that if they feel they’ve been experienced discrimination, they should contact CHR as soon as possible at 412-255-2600, human.relations@pittsburghpa.gov, or by visiting the CHR office on the ninth floor (Ross Street side) of the City-County Building (414 Grant Street Pittsburgh, PA 15219).

“In the mist of such derision and division both domestically and abroad, it is beautiful to see our region leading the charge towards a better tomorrow,” said Melia Chandler, Chair of the Pittsburgh Equality Center. “It’s heartwarming to know that we have proposed legislation geared towards being inclusive and will provide protections for all who reside in our community.”

You can read the legislation here and view a matrix comparing the current definitions to the proposed definitions of protected classes here. 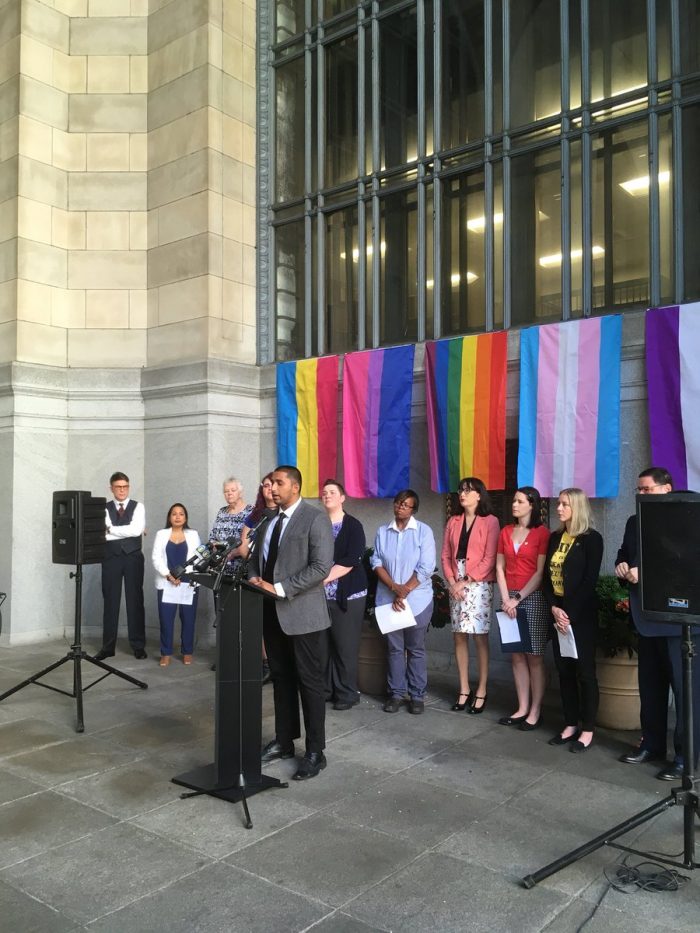 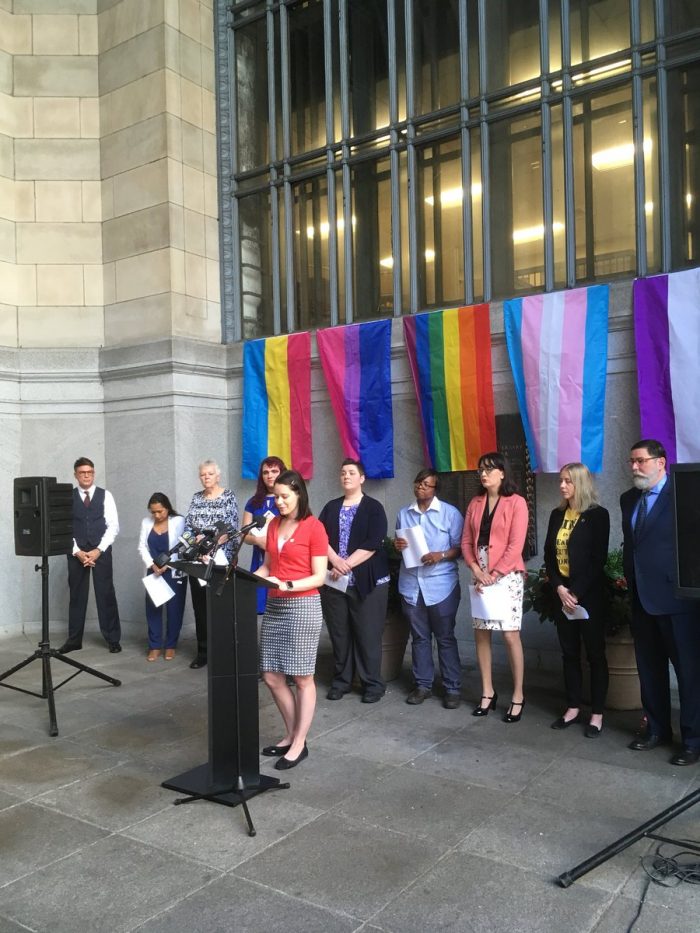 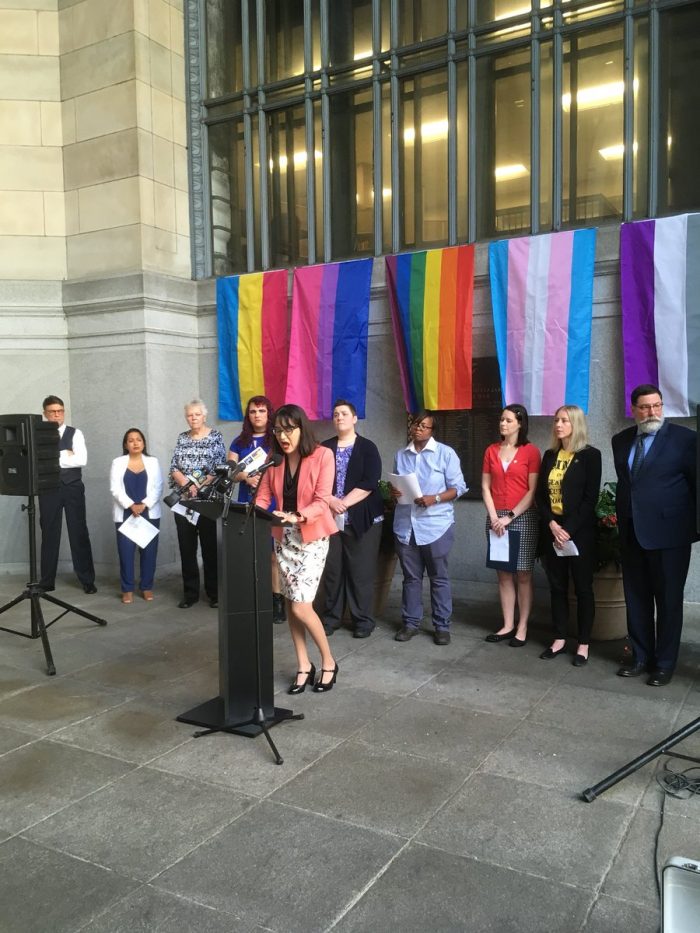 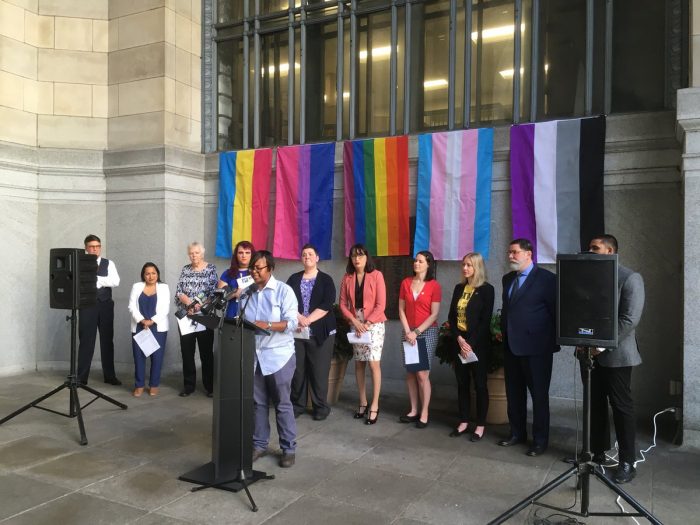 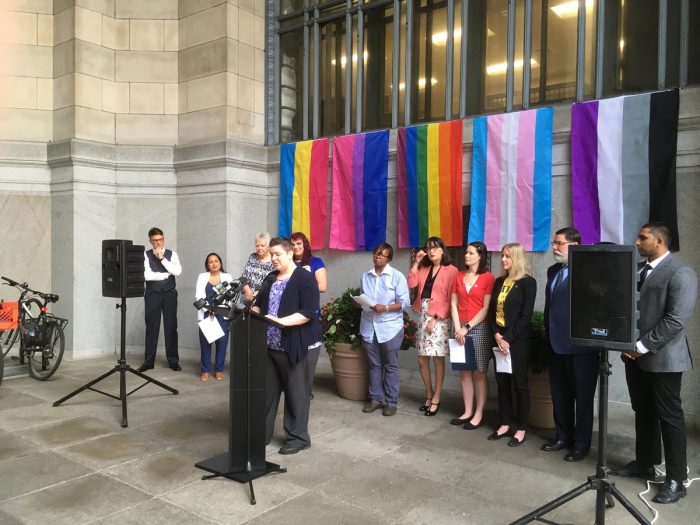 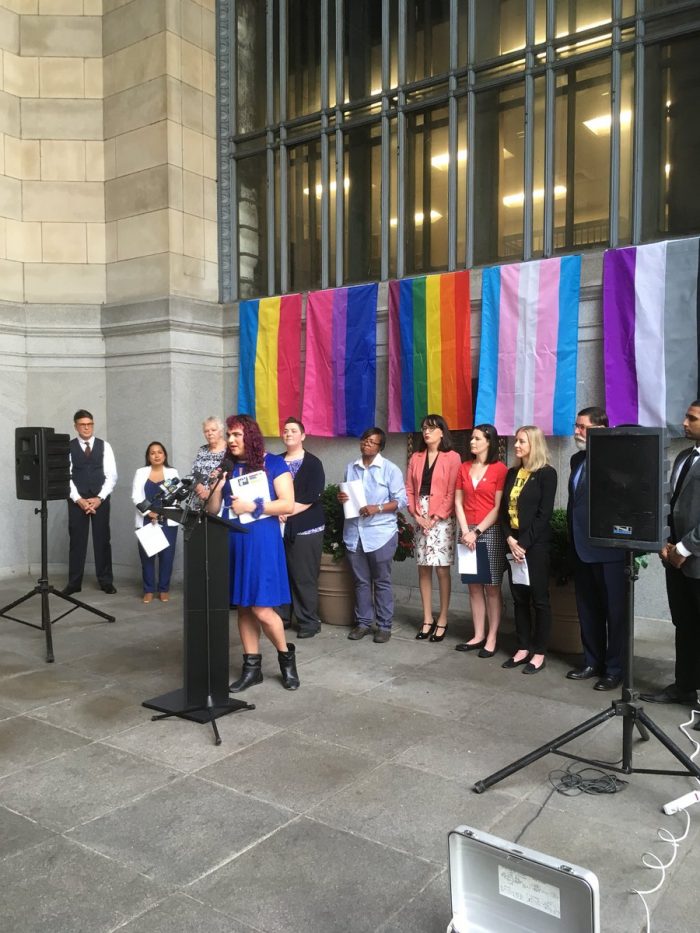 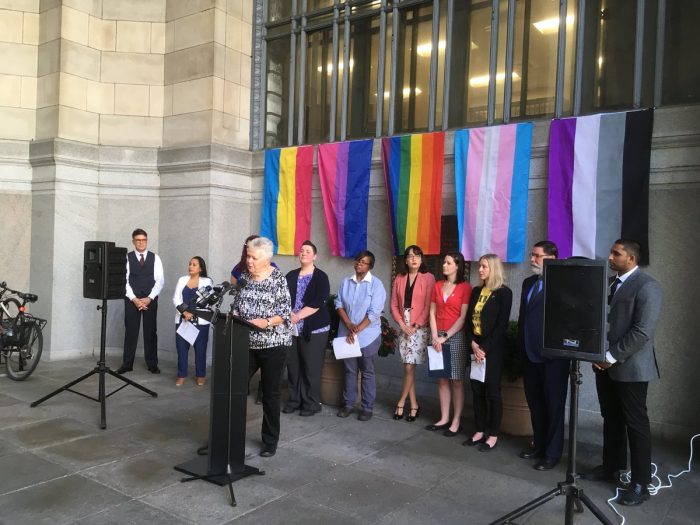 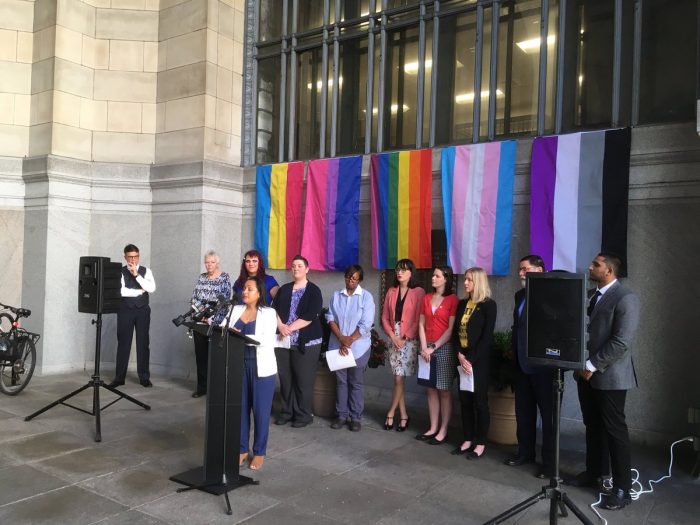