This is a guest post written by a friend who is a foster parent. Her son has given permission to share pieces of his story to signal boost the vital role of LGBTQ foster families. This is part of our contributions to the #LGBTQFamiliesDay project.

I got the call in my office, just after lunch. It was the call my wife and I had been waiting for–our first foster placement. It caught me at work, my wife incommunicado at her job for the afternoon. But foster care training had emphasized checking in with each other every morning on whether we would be open to a placement that day, so that whoever got the call could say yes or no on the spot. I was ready.

“He’s already getting his medical exit exam and will be at your house in about 40 minutes. Will you be there?” Yikes, I was on the bus today! I shot off a quick email to my boss, grabbed my purse and ran. I left an excited voicemail for my wife; she would discover in an hour or so that we were now foster parents. On the bus, I thought about the fact that I had said yes to a child outside our specified age range, 5 – 12, but a kid is a kid, and having raised a teenage boy to adulthood, I felt pretty confident about my parenting skills. On the bus I got another call.

“It turns out the 13-year-old is African-American, not Caucasian. Does that make a difference for you?” “Of course not,” I replied. A kid is a kid, and my wife and I, a white lesbian couple, felt absolutely obligated to use our resources to make positive impact on at least some of the kids in Pittsburgh who need a stable place to live while their families recover from whatever ill fortune sent them off-balance.

We realized then that, no matter how bad it got, we had to hold on to Chris as hard as we could. We loved him for his own self, the sweet, damaged, talented boy underneath the defensive rage, but we also felt obligated to him as a member of our own gay community. We simply could not abandon this kid to a homophobic system that would not protect him. In fact, we were absolutely sure that if he was sent to a group home, he would be another gay runaway kid on the street within months.

I got home just a few minutes before a CYF caseworker rang our doorbell. She introduced me to a skinny, wide-eyed, adorable boy named Chris with a charming gap in his teeth. My wife hightailed it home after hearing my voicemail, and we sat at our dining room table with an agency caseworker and made introductions, inquired about Chris’ food likes and dislikes, drew up a family tree to help keep him connected, and inventoried his clothes and belongings to see what he might need. As the caseworkers prepared to leave, one leaned in and whispered to me, “HIs mother said she thinks ‘this one is gay.’” The caseworker’ tone suggested that his mother’s assessment of him was critical, not compassionate. And as we later learned, Chris’ father had tried to kick him out of the house when he was 12 because he suspected his son might be gay.

Over the next few days, we came to believe the assessment was correct. We asked our caseworker if we had been selected specifically because we are a same-sex couple, but were told no, we were just the first family that said yes. In fact, we had responded just in time–CYF had been planning to take Chris to a group home if we had not said yes to taking him. That’s why he was already getting his medical exam. We shuddered at the thought of this kid, who looked even younger than his age, going to a group home–though we did not yet realize how bad that could have been.

Chris was very closeted to the adults around him, and we worked hard (but gently) to make it feel safe for him to come out to us. Pittsburgh Pride was scheduled just two months after Chris arrived, and he wanted to go with us to the parade. We took him, after consulting with CYF. He didn’t say much during the day, but in the car on the way home, when we asked what he thought, he exclaimed “Wow, I thought I was the freakiest faggot in the world!” Pride was quite the revelation–he realized he was not so “different” after all.  We also discovered a four-day overnight camp specifically for gay kids, and despite initial trepidation, Chris became a repeat camper. The LGBTQ+ Youth Prom was another confidence-builder for him. Kids from all over who don’t feel safe or welcome at regular school dances get a chance to turn up and feel good about who they are.

We eventually discovered that family rejection because of his emerging gay identity was not the only trauma Chris was dealing with. As he felt more comfortable with us, he slowly and painfully opened up about the years of abuse he had suffered as a small child from a family friend. These revelations started a cascade of events culminating in his abuser being charged and tried, and Chris having to testify in open court. He held up incredibly well, but reliving that trauma was difficult; he spent three months sleeping in an alcove in our bedroom in fear that his abuser would come for him in the night. Of course, we can’t know for sure that having gay foster moms is what made him feel safe enough to finally disclose, to feel confident he would be believed and protected, but we can’t rule that out.

Over the next year, we had incredible struggles with Chris. The combination of abuse and neglect that marked his childhood left him with coping skills that amounted to “Fight! Fight! Fight!” He was unable to distinguish help from harm. We dealt with incredible temper outbursts, screaming, damage to our house, and fear for our safety. We made copious use of the services of Resolve, a crisis intervention organization we kept on speedial. We even had to resort to calling the police multiple times, and at one point, had Chris admitted to a regional therapeutic group home for a month-long attempt at intense therapy.

Our experience with the group home hardened our resolve to make Chris’ placement with us work no matter what. By this time, a year and a half into placement, it was clear Chris was not going back to either of his birth parents, nor did he want to. He screwed up his courage to write a letter to the judge, outing himself and saying he finally felt safe in our home. The letter and his birth parents’ clear homophobia convinced CYF and the judge in charge of his case that Chris would never be safe with either one. However, his frequent meltdowns and rageful behavior were becoming a crisis. Both CYF and our foster agency advised us to give up the placement, and they were clear that, due to Chris’ age and behavioral history, they would not attempt to place him with another family–he would go to a group home and stay there.

There are never enough foster parents to meet the needs of all the kids in care, and we need to diversify the pool of foster parents in many ways, not restrict it, so that children in foster care have the chance to be placed with families that truly support who they are.

Chris spent four weeks at the group home while my wife and I breathed and tried to regain some balance. He was given therapy of various kinds, schooling, and social activities. It was hell for him. It can be hard to be “the gay kid” in any circumstance, but in a group home full of ill-supervised, traumatised kids…well, try to imagine. Chris was harassed especially hard by one particular boy, and we called and talked to management practically every other day. It wasn’t that the staff was necessarily homophobic, but they did not react to the vitriol and name-calling coming Chris’ way.  It just didn’t trigger any reaction from them, as it would have if he were being called the n-word, for example. The f-word (“faggot”) just didn’t register for them. It took us more than two weeks to get management to move the other boy to a different housing unit.

We realized then that, no matter how bad it got, we had to hold on to Chris as hard as we could. We loved him for his own self, the sweet, damaged, talented boy underneath the defensive rage, but we also felt obligated to him as a member of our own gay community. We simply could not abandon this kid to a homophobic system that would not protect him. In fact, we were absolutely sure that if he was sent to a group home, he would be another gay runaway kid on the street within months.

So we stuck with Chris. We tried therapist after therapist until he clicked with one. We got him acting lessons, voice lessons, academic tutors. We got him his much-desired braces. We ran interference at school (THERE’S another blog post!).  We went to therapy ourselves. We worked through the challenges of being a multi-racial household. We kept Chris connected to supportive bio-family members. We consulted with Black moms we knew, especially a Black lesbian friend with wonderful grown kids. We put up with damage to our house and occasionally to ourselves, even taking private self-defense lessons at one point. My father’s lifelong motto is “You do what needs to be done,” and we did our best to live up to it.

We can too easily imagine where Chris would be today if he had not happened to land in a home with gay parents–living on the streets on his own. Placing him in a non-same-sex environment would have been like trying to fit a star-shaped peg into a square hole! He NEEDED to be around gay people as a normal part of his life. He NEEDED the experiences of Pride, of “gay camp,” of LGBTQ+ Prom. Chris is now 19 and out, loud & proud. He graduated from high school and is considering his options for college. He is a talented actor and singer, and a self-described queer activist, and we continue to give him the support he needs to launch into adulthood. We felt supported by our agency and by CYF, by KidsVoice (foster kids’ pro bono attorneys) and even by the judge. It would be tragic if supports for same-sex foster parents were removed and gay kids were left without the role models they need and deserve.  There are never enough foster parents to meet the needs of all the kids in care, and we need to diversify the pool of foster parents in many ways, not restrict it, so that children in foster care have the chance to be placed with families that truly support who they are.

If you are in Allegheny County considering foster care, we suggest you contact these resources as part of your journey

PFLAG Pittsburgh (network with other parents, some of whom are foster parents)

Ask around among other LGBTQ folx to find other LGBTQ foster families, current or former, to get more information on the best resources in your community. 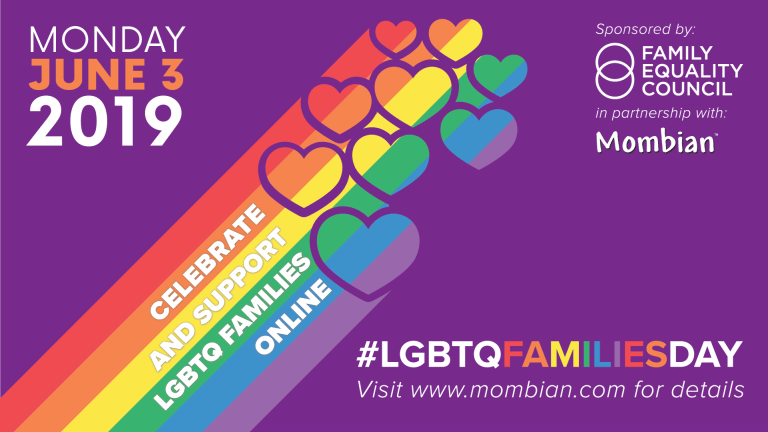 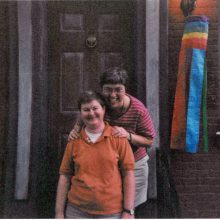 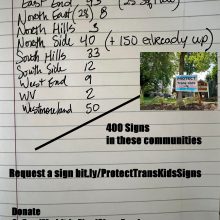 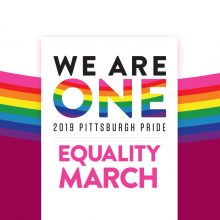 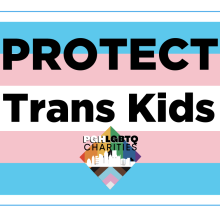 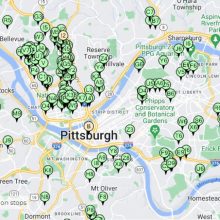