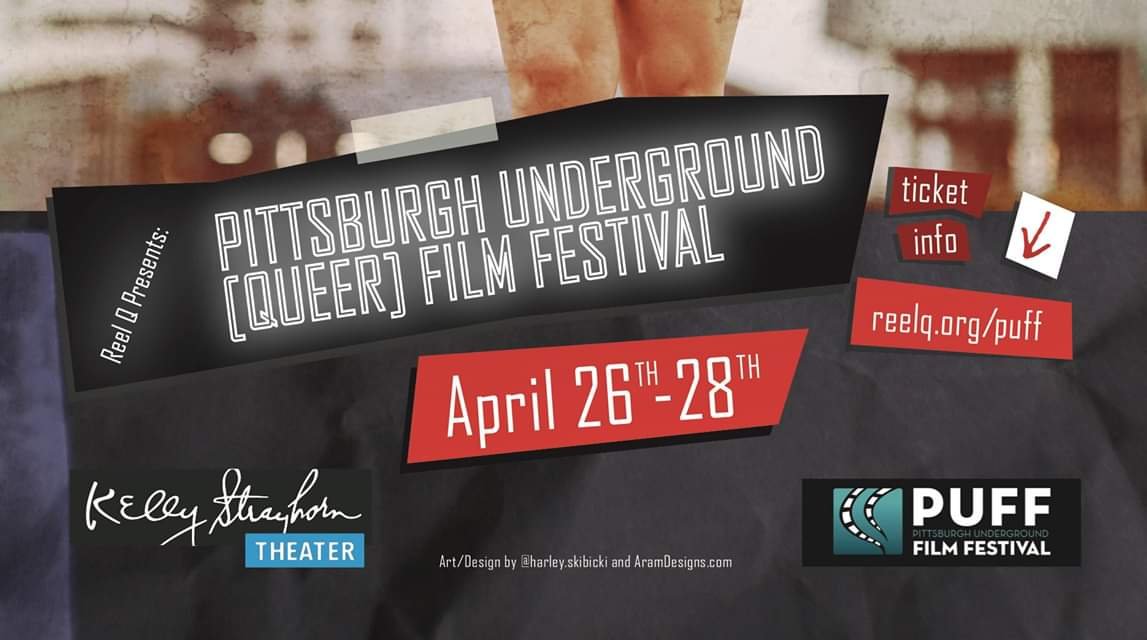 The 3rd annual PUFF weekend is in a new locale at KST’s Alloy Studios, 5530 Penn Avenue. A weekend of films, panels, parties, and the Assemble + PUFF QUEER ART & COMMUNITY MARKETPLACE.

Starting out saturday April 27 at 1pm, PUFF screens The Cockettes the digitally re-mastered documentary of the legendary alt-drag troupe that took San Francisco by storm in 1969. Featuring astonishing visuals and outrageous performances “The Cockettes” is more relevant in today’s genderfluid universe than ever. Don’t miss this screening congratulating the Cockettes on 50 years of pushing boundaries. After the screening join original Cockette performing Rumi Missabu, who will dish with the audience in a Q&A.

From 4:30-6:30pm, join us for the ASSEMBLE+PUFF QUEER ART & COMMUNITY MARKETPLACE. Support local queer artists and learn about some wonderful organizations working within the community to better the lives of queer Pittsburghers. Come for the makers and stay to sip on drinks, try delicious food, listen to live music, and make new friends. This is an afternoon you won’t want to miss! This is a FREE event and open to all ages.
Make sure to stick around for a screening of “Narcissister Organ Player” at 7:30pm, a hybrid performance/documentary film that explores how ancestral data is stored in our bodies, impacting the lives we lead. On the personal level, the film investigates how the artist’s complex family history compelled her to create the masked, erotic performance character.
On April 28 at 2pm the documentary Don’t Be Nice captures the aspirations of an upstart Bowery Slam Poetry Team — made up of five young African-American, Afro-Hispanic and queer poets — who compete in a nation championship. Will their soul-searching pieces about police violence and the whitewashing of Black culture challenge the better known, choreographed crowd-pleasers for the title? Stick around after the screening for a special performance by local slam poets.
Closing out the festival on April 28th at 5:30PM we’re thrilled to program a collection of PITTSBURGH QUEER SHORTS. Enjoy films shot in and around Pittsburgh and the Western-Pennsyvania area that focus on LGBTQ+ themes. Stay after for a panel discussion with the filmmakers and performers. 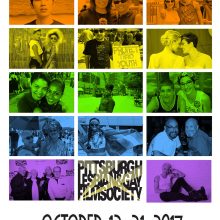 What Was It Like To Organize a LGBT Film Festival in Pgh During the 1980s?