A friend of mine read about the lack of non-discrimination protections in Pennsylvania. So she took action in her community and contacted the Peters Township Council, asking them to consider introducing the ordinance. She is amazing and brave. 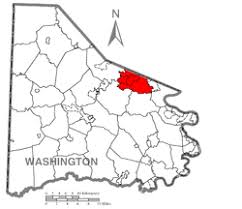 Peters Township is in Washington County and this would be the first such ordinance in the entire County. In all of Western Pennsylvania, there are exactly 5 ordinances – Allegheny County, Erie County, City of Pittsburgh Mt. Lebanon, and Ross Township. So this would be groundbreaking both for the residents of Peters and for everyone in this part of the state who is not protected by a similar ordinance.

The township solicitor, John Smith of the law firm of Smith Butz LLC , and township manager, Paul Lauer, agreed to look into the matter. They were provided with contacts about nearby ordinances in Mt. Lebanon and Ross Township, as well as Pittsburgh and Allegheny County. Ultimately, they recommended against introducing an ordinance for several reasons.

You can watch the video from the meeting where they reported out, around the 1 hour, 19 minute mark.

This is what Mr. Lauer said in regard to opposing the ordinance. This is my interpretation.

Mr. Smith said “for other reasons” that he did not expand upon, he recommended against the ordinance. Council discussed briefly and decided not to take any action. During that discussion it is evident that the manager and members of Council do not understand how the ordinance works, and that’s an unfortunate gap that the solicitor chose not to remedy as he should know these things.

So let’s take a few minutes to breakdown the misinformation

First, the state HRC guidelines are not codified in law. There are no statewide nondiscrimination protections based on sexual orientation or gender identity. In fact, the state government has never held a hearing on these issues and has never passed a single law extending any protections to the LGBTQ community. While the HRC guidelines are a welcome change, that does not have the backing of state law. It is a stopgap measure by the HRC to address the lack of protections and it does not necessarily include gender identity. If we had a statewide law, we would not need to go municipality by municipality to extend these protections.

Second, these ordinances create new municipal laws. They are not in any way an extension of federal or state law. It is a local law that in this particular case addresses a gap in state and federal law.  The ordinance will create the law and establish a process for enforcement. In some cases, complainst might be referred to another body at the County or State level. Note that Allegheny County has an ordinance while Washington does not. In other cases, the Peters Township Council will need to investigate and address complaints individually, just like they do now with regard to violations of local ordinances.

Third, Pennsylvania municipalities absolutely can create these types of ordinances. 55 have done so dating back to 1982. Obviously, opponents would have challenged these in court if they had the standing. But that never happened because it is a perfectly legitimate and appropriate action.

As of April 2019, at least 55 of Pennsylvania’s 2,562 municipalities have passed LGBTQ-inclusive local non-discrimination ordinances. The residents of these municipalities amount to over 33% of Pennsylvania’s overall population (US Census – 2015 Estimates). Pennsylvania has the most number of LGBTQ-inclusive local non-discrimination ordinances adopted of any state in the nation (Movement Advancement Project).

Finally, one of the Council members seems to articulate a theory that the municipality itself is “in compliance” with discrimination laws so there is no need. That leads me to believe that she does not understand how discrimination plays out in the day to day lives of Peters Township residents AND that she thinks this applies just to the municipal government, not the entire municipality.

I can’t address the “other concerns” that Mr. Smith alluded to because his report is not publicly available. I suggest we ask him to avoid jumping to conclusions about his rationale.

Obviously, we should give credit to the Council for taking time to research the matter before dismissing out of hand. But dismiss it they have. The goal now is to help them better understand the issue and the need for a local ordinance. It is important to address their specific concerns articulated in the Manager’s report to Council and the additional reasons stated by members of Council.

We know from previous experience that the rightwing can act swiftly to oppose these types of ordinances and try to squelch the democratic process to do so. We know that there is a lot of misinformation out there about how these ordinances work and that misinformation is used to turn people against these efforts. We also know that Pennsylvania municipalities have had versions of this ordinance in place since 1982 and none of the doom & gloom prophesies have come true.

And we also know that discrimination based on sexual orientation and gender identity are very real experiences for many of us. In every single workplace I’ve been employed since completing my MSW in 2000, I have witnessed or been targeted by discrimination. Every single one.  I also know that the fine folks who have contributed to the AMPLIFY archive document decades of discrimination in this region. You can read that archive here.

I also know this. In October, I was asked to share a blog post about the Pgh Marathon in a Peters Township Facebook group by a local resident who is LGBTQ and did not want to be outed. I did so and the vicious response was unbelievable. I have all sorts of screenshots that I will be sharing with the Councilors. It was enough to make me give Peters Township wide berth when it comes to shopping, dining, etc. And I did my research – these were actual local residents. No wonder my friend didn’t feel safe posting a link; they weren’t.

So now is the time to begin reaching out to the members of the Township Council and the Township Manager’s office, explaining why this ordinance is necessary, and urging them to start the legislative process. That’s where you come in. If you live, work, own property or business, or worship in Peters Township, now is the time for you to speak out about this issue. Contact the appropriate members of Council and urge them to do the following:

The best ways to accomplish this are.

You can also share your story and thoughts via email, telephone, and fax.

And if you feel this might not be worth the effort, take heed of what happened when people began contacting State Representative John Pyle about the racist billboards in Worthington, Armstrong County, Pennsylvania – he responded. Don’t underestimate what a determined group of people can do.

Finally, you can do this in your own municipality (or County) as well. It just takes one person to get the ball rolling. If you want to be connected with folks who can help you, reach out to me.