So wunder candidate Pete Buttigieg has stumbled into a quagmire.

Pete Buttigieg, the mayor of South Bend, Indiana, said he does not approve of Chick-fil-A’s politics, but “kind of” approves of its chicken.

“Maybe if nothing else, I can build that bridge,” the openly gay 2020 presidential hopeful said on the syndicated radio show, “The Breakfast Club” on Tuesday. “Maybe I’ll become in a position to broker that peace deal.”

His comments drew laughs from the show’s hosts, but are sparking different reactions among some in the LGBTQ community.

This is not funny, Pete. 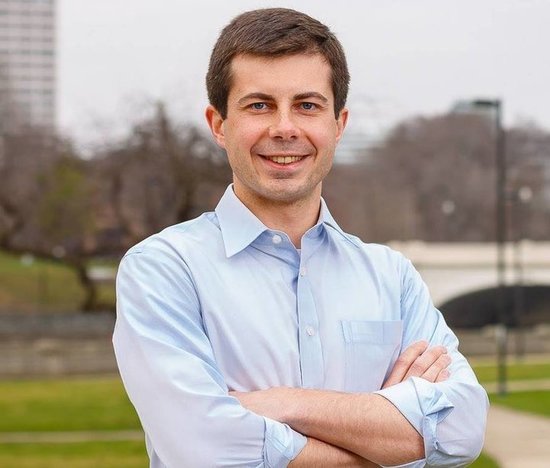 First of all, Chick-fil-A has repeatedly LIED to the LGBTQ community about charitable donations to anti-LGBTQ orgs, mainly in claiming they had been decreasing when the most recent data shows an increase in 2017. Telling lies while continuing to invest in organizations that harm us does not remotely suggest a willingness to grow or learn or change.

Second, the harm caused by the charitable donations is incredibly real. Cyd Zeigler summarised in December”Chick-fil-A gives millions of dollars to an organization that actively demeans LGBTQ people, invalidates our relationships and brings untold mental harm to gay, lesbian, bi and queer athletes.”

This isn’t just about a difference of opinions – it is about a fundamental invalidation and erasure of our identities as well as active harm, especially to young people.

Finally, I am a queer person who has experienced harm from trying to hold Chick-fil-A accountable. I wish Pete had been with me back in October when I had to explain to my then-12-year-old niece was someone was focusing on my being fat, ugly, and stupid because I criticized Chick-il-A. She was trying to support the cause and ended up being pretty upset for me.

Our nation has been grappling with the fallout and trauma of abusive, toxic behaviors. Silencing women with opinions and survivors willing to speak about their assaults is an important tool for propping up rape culture. These tactics are not unfamiliar to me as a blogger of more than 13 years.

Still, it hasn’t been fun dealing with these comments in such a large quantity. I don’t have the luxury of just ignoring them because I know from personal experience as a survivor that documentation is important if someone decides to escalate. And we all live with the evidence of what happens when we don’t listen to survivors, as well as if survivors don’t keep a trail of actual evidence.

There’s no room for compromise. We don’t need anything Chick-fil-A sells enough to sell out our LGBTQ youth, or the larger community. Giving them the benefit of the doubt when Dan Cathy lied to us about his intentions to cut back the funding is what gave them cover to continue screwing us.

At this point, if Chick-fil-A wants to win LGBTQ support, they have to take all of the steps. They have to stop the donations, increase investments in LGBTQ affirming organizations, and acknowledge the lie. And something that really has to happen is the franchisees stopping their lies about the relationship with the corporation. They can’t claim to be independent LGBTQ affirming, but tied to the corporation. They have to knock that crap off and stop pretending that capitalism and Christianity are not fused in a unique expression of intolerance and oppression via their corporate model.

And Pete needs to pick some better examples of where compromise is possible or necessary. Cisgender white gay men need to step up and fast.