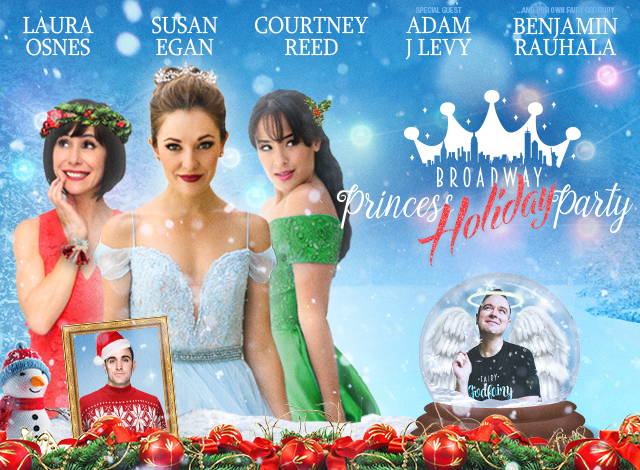 I’m definitely not a princess person although I do appreciate a good critical reflection upon the pop culture phenom as well as a dive into the actual dark origins of fairy tales. When I learned about this event, I wrote it off as another princess merchandising opportunity. I was wrong. And I encourage you to check it out this Friday night.

I’m sending one of our roving Correspondents (Sarah) and her seven year old princess afficionado, Elijah, to cover this event. They will report back!

Good to see the Improv embracing more queer performers. They currently host the bimonthly Drag Brunch with Kierra Darshell. We need more representation and visibility in the Steel Valley and Mon Valley, so let’s hope the Improv continues to work with local queer performers to make their space available.

Brush off your tiara and unleash your inner princess with Broadway’s original Cinderella, Belle, and Jasmine as they celebrate the season in this hit concert, direct from NYC! Two-time Tony-nominee Laura Osnes (Rodgers and Hammerstein’s Cinderella), Tony-nominee Susan Egan (Disney’s Beauty and the Beast and voice of ‘Meg’ in Hercules), and Grammy-nominee Courtney Reed (Disney’s Aladdin) host the festivities alongside their Fairy Godfairy (musical director extraordinaire), Benjamin Rauhala (Broadway’s Fiddler on the Roof) and special guest prince Adam J. Levy (Dave, the Musical).

Your every dream will come true as four knockout voices sing the petticoats off every princess and holiday song in the book, sharing hilarious and heartfelt stories of their royal antics backstage, on stage, and beyond! Critics call the show: “spectacular,” “enchanting,” “empowering,” – this is the princess party you WISH you’d had as a kid. Catch the carriage and embrace the adventure – bring your besties, your boyfriend, your girlfriend, your mom, your kids (ages 6 and older, please) or anyone who will be tempted to sing along!  Dress in your best royal attire (or cosplay) and you may even win a prize. 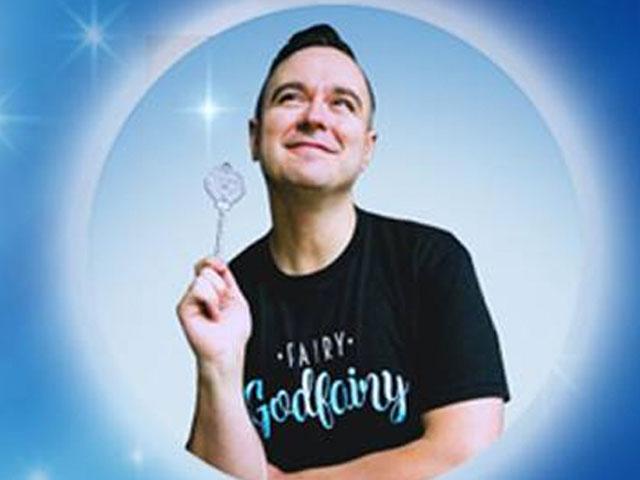 To make it extra merry and gay, the Fairy Godfairy is played by an openly gay man, Benjamin Rauhala who also conceived and wrote the show. He shared some thoughts with Edge Media about this show.

EDGE: If you could be anyone’s Fairy Godfairy, who would it be?

Benjamin Rauhala: Britney Spears! She is the queen!

EDGE: Princesses, in any story, are always willing to risk a lot for their dreams. Is there anything that you had to risk?

Benjamin Rauhala: As an out gay man, you have a couple of options in your life. At a certain point in my life, I just had to embrace that I am going to be fun and flamboyant. I need to be truthful about myself and who I am. I think there is a risk when you decide to just be who you are.

For VIP ticket holders, the princesses will available for a meet and greet and autographs following the performance.