Opening caveat – I am not a foodie, restaurant critic, authority on Brazilian culture, or in any way qualified to properly review a restaurant. I’m just a lesbian with a blog. I like to try new things, but my opinions are only constrained by the opinions of Ledcat.  Welcome to my experience.

Ledcat and I were invited to the media night preview of Pittsburgh’s newest restaurant, Fogo de Chão which is opening in the space formerly occupied by Saks Fifth Avenue on Smithfield Street. This restaurant is an upscale churrascaria which roughly means a barbecue steakhouse with an array of all-you-can-eat buffet choices, highlighted by the roving gauchos who prepare and serve the meat serving by serving tableside. Fogo features at least one female gaucha.

The space is gorgeous. We were welcomed, offered an array of beverages from the spacious bar and did some official mingling with an aspiring environmental journalist. I was busy looking for Pittsburgh-famous folks, noting that Rick Sebak was there and that he helped to cut the red ribbon. With a knife, of course. I heard later that Mr. McFeeley was also there. And I spoke personally with John Chamberlin from the Ya Jagoff blog/podcast. Otherwise, it was the expanse of mostly white folks in fancy duds, sipping alcoholic beverages and edging their way to the front of the line. Think Heinz Hall crowd in the lobby of the Theater Square parking garage right after the show lets out. With more booze.

But the room was gorgeous. I suggest you read this review by Arthi Subramaniam at the Post-Gazette for a great overview, including a detailed description of the venue. What I remember is that it was spacious and Ledcat telling me 1000 million times that it used to be Saks Fifth Avenue.

We were seated quickly, being Pittsburghers who definitely opt to eat dinner at 6 PM versus 9 PM LOL. Each guest was handed a passport for the evening to encourage us to wander around for stamps as we learned about the restaurant’s culture. Ledcat did her round first and told me who to seek out for my stamps. I don’t often walk around saying ‘Have you see a tall blond woman in a blue dress who can ink me?’ but when I do, I do it with intensity.

Now we typically don’t eat at spaces considered up-scale, first because of our budget and second because of our comfort level. We aren’t fru-fru gals. We like hanging our coats on our seats, recognizable the tableware, and not being jostled. I often say we head for restaurants where a side salad and a starch are part of the meal price, not some giant pricey ala carte venue.  We also tend to avoid all-you-can-eat spaces as a general rule. However, I’ve been to a similar steakhouse in the East Hills and knew this would a somewhat different experience.

We began our evening by visiting the central ‘market space’ bar that was filled with seasonal foods, side dishes, and so much more. It was like the shared community serving space offering everything from a salad mixed with ancient greens to fresh fruits and asparagus to delicious chicken and potato salads. We tried a little of almost everything. I was particular thrilled with the creamed pea and asparagus soup. They have seafood options and lots of delicious vegetarian choices (you can purchase just the market table without the meat service.)

A bit later, I discovered this and it was incredibly delicious.

a feijoada bar that has all the fixings for a black bean stew. Originally made with leftover meats by slaves brought from Africa, the stew at Fogo is prepared by slowly cooking black beans with pork and seasoned with garlic and Tabasco sauce.

Back to our experience. The staff were delightful, very friendly and talkative about ingredients, etc. We opted to share a cocktail, Fogo® Caipirinha, which was delicious and not finished even by both of us making a valiant effort. We tried multiple cuts of meat, including chicken and pork and beef. Each patron has a little card with a red and green side. Red means, please do not bring more meat to me right now. Green is a go-ahead signal to the gauchos (and gauchas.)  Our server brought paired side dishes for us, including mashed potatoes that were incredible and the most delicious bread, Pao de Queijo.

I really liked the beef and Laura especially enjoyed two items, one a lemon infused chicken breast and the other an encrusted bit of pork. It is easy to get overwhelmed by the choices, especially if you are not uber-familiar with your cuts of meat. And it was a lot of meat, even in little bits. 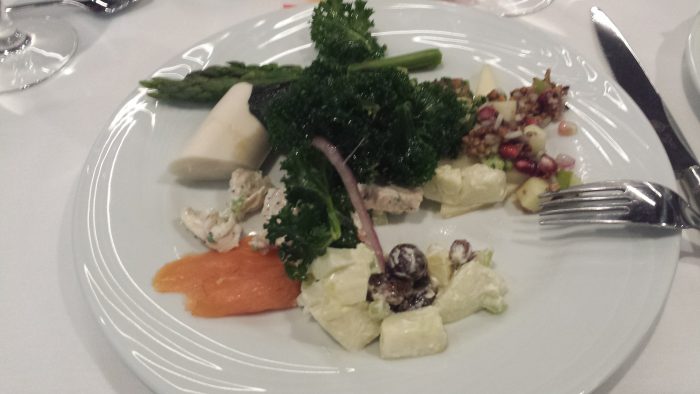 This led to my blogging highlight of the evening. This tweet.

The bathroom is pretty plush, I must say. The restaurant also has a nice family/unisex bathroom which I noted.

I suspect this will be a well-received addition to the Downtown dining scene. It was oversold by some of the Pittsburgh ambassadorial types who kept talking about an imaginary up and coming/upscale neighborhood right around this part of Smithfield Street.  I – LITERALLY – kept thinking how many hungry people were on that block throughout the night while we gnoshed. It wasn’t a good feeling. Plus, the new parking garage is a confusing nightmare experience. But that’s the issues Pittsburgh is wrestling with every day. It is the oversell part that grows a little tiresome.

So, sure you should try this place. The food is good. The prices are a bit upscale for my blogger-on-disability budget, but if they are paying decent wages – it is worth it. After all, I’m part of Pittsburgh, too.  And to be honest, Ledcat works Downtown and spoke a few times about going for lunch and inviting her coworkers. She (technically) has 3200 coworker so that would be helpful.

Visit the Fogo website to find out more about their hours and other locations. The grand opening is Monday, April 23, 2018.  We will probably wait a few weeks and go back for lunch – I want more of that soup. 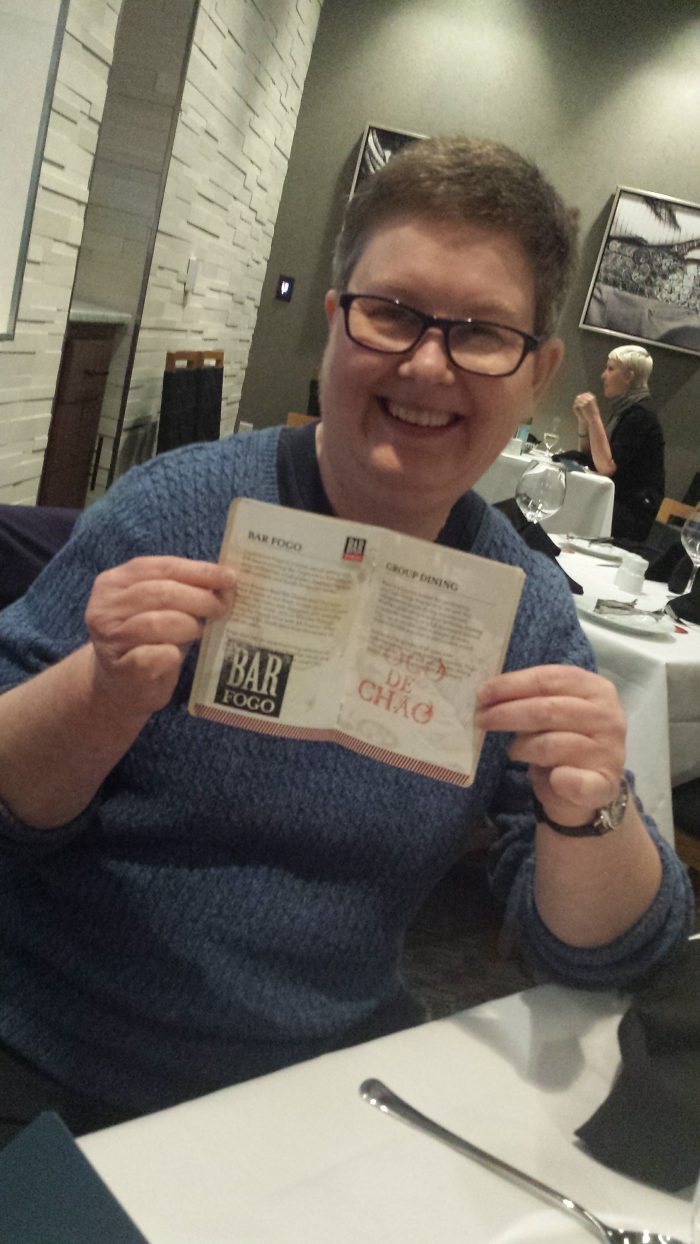