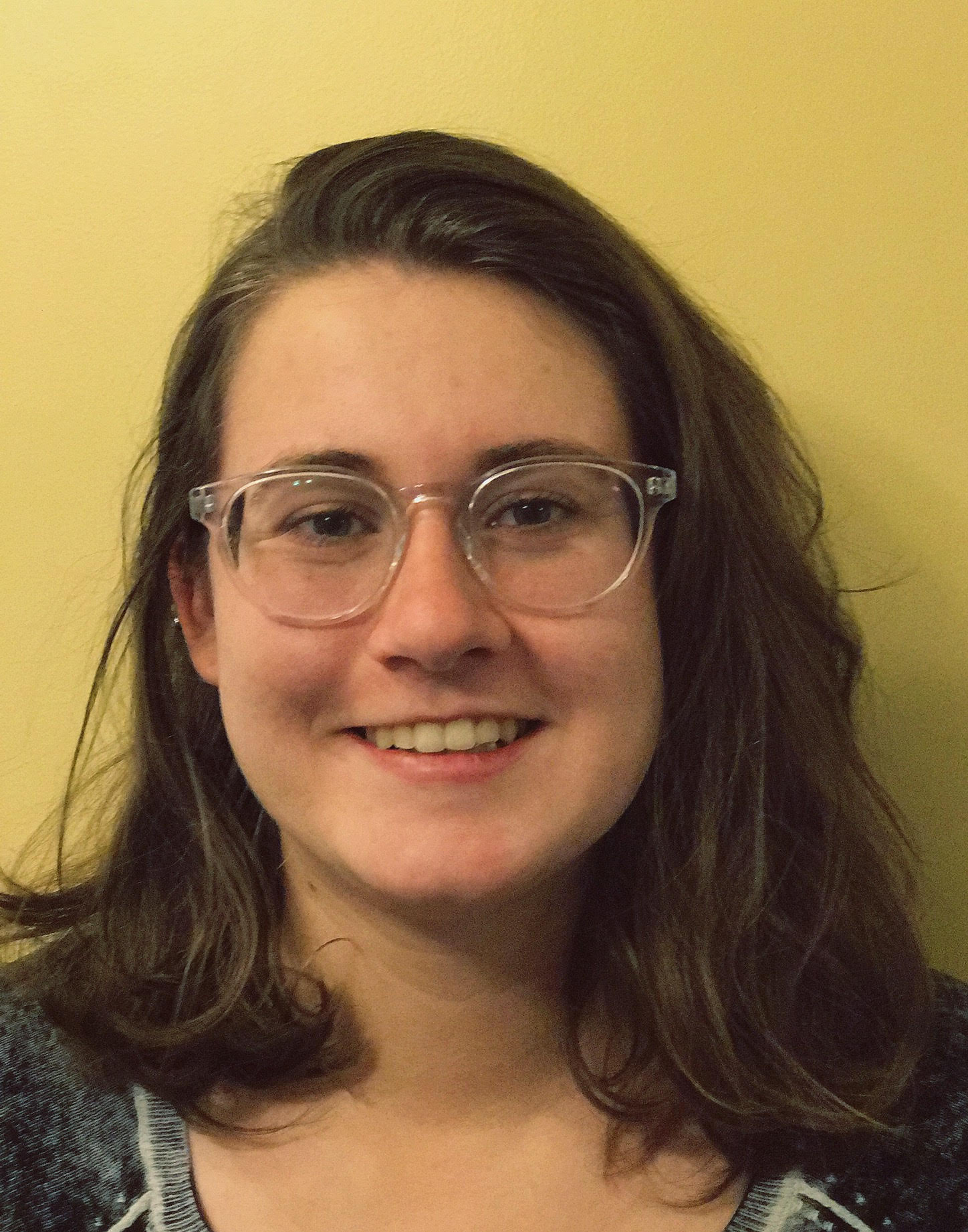 How do you describe your identity? I identify predominantly as a queer woman and as gender non conforming.

Please describe your coming out experience. Where did you find support? What challenges did you face? I remember coming out as an extremely difficult experience. I really agonized over it, largely because I had a ton of internalized homophobia to work through, but also because I had no idea how to do it or what reactions to expect. I didn’t tell anyone I was questioning for a full year and a half, but eventually I began gradually bringing it up with a queer friend of mine, and he really helped me work through some of the resistance I felt towards identifying as queer. It was a powerful relief to tell someone and feel supported unconditionally, so I took the dive a few months later and ended up going out with a classmate. She was incredibly positive and supportive, especially when it came to coming out to my other friends and family. Mostly people were supportive, but some reactions were mixed or ambiguous, which hurt. My parents struggled at first, I think because it wasn’t how they viewed me, and our extended family is very Catholic, but with time they began to open up to it more and to shed some preconceived notions they had. I’ve come a long way since then in terms of self acceptance. Still, I remember that as a challenging and uncertain time in my life.

Help us continue to share #AMPLIFY stories from your neighbors in Western Pennsylvania. Please donate today via Crowdrise!

How would you describe yourself NOW in terms of “being out”? I would describe myself as largely “out.” All of my close friends, immediate family, and some extended family know I am in a queer relationship, and I’ve become far more outspoken in my activism. I now have a much wider and stronger network of LGBTQ+ friends (being out helps with that), and I’m less worried about what people will think of me. It’s wild to think I’ve only been out for about four years, because it feels like forever ago. I imagine I will only become more “out” with time.

Tell me about the first LGBTQ person whom you met. What impact did they have on your life? When I was a freshman In college I met this girl in the year above me who was openly bisexual. She didn’t fit the stereotype I had in my head at the time about what lesbian or bisexual women must look like, and it low-key blew my mind. Meeting her totally set the gears in motion to reevaluating my preconceived notions about and questioning my own sexuality. The area I grew up in was very homogenous, and there was never any explicit representation of LGBTQ people in my life, so when I met her it was almost like “Unicorns exist!” I remember being somewhat frightened by the possibilities she embraced so unabashedly, but also amazed and intrigued. Ultimately she was one of the first people I came out as queer to, and she’s still one of my best friends.

Past or present, favorite LGBTQ character or creator in television, film or literature? Please tell us why. Hmm. This is a hard one for me, because I don’t watch much TV, and even when I do LGBTQ representation can be quite scarce. In literature, I would have to say Virginia Woolf’s “Orlando,” because they are just this stunningly rich, complex, and artistic portrait of queerness. It’s really a treat to read. And the dedication to Vita Sackville-West makes it all the more intriguing in my eyes.

How do you stay informed about LGBTQ issues? I am an avid reader of news, opinion pieces, and assorted articles, so I definitely pick stuff up through my everyday browsing. I also have a pretty solid network of LGBTQ friends and allies who I’m connected with on social media who post regularly about related issues.

Describe your geographical community. I think Pittsburgh, and Pennsylvania more widely, remains ambiguous in this regard. I think we as a region haven’t quite decided who we’re going to be yet. Personally I haven’t experienced or heard about hostility towards LGBTQ people in the city since coming out, but I know there have been incidents in the county more broadly where queer presenting people have been targeted. Currently I think the overall atmosphere of inclusiveness could use definite improvement. For example, we need to increase education and awareness of LGBTQ people, because the region still feels mired in bad stereotypes. We also could stand to benefit by increasing our visibility, which is low and can make connecting with each other and building community difficult, especially for people who are new to the region.

Describe your local or regional LGBTQ community. I live in the suburbs of Pittsburgh, so I feel somewhat disconnected from the city’s LGBTQ community per se. I do follow some organizations online, but mostly I stay informed and connected through my LGBTQ friends. I always enjoy attending queer-centered events in the city, such as a lesbian punk music festival that was held at Cattivo and even Pittsburgh Pride. I do wish I knew of more opportunities to interact casually with other LGBTQ people though.

Have you ever experienced discrimination based on your identity? Specifically, in a job setting, when applying for housing or while in public.  No, fortunately.

Tell us about your access to health care in Western PA. Has it been LGBTQ competent (or not?) I have not run into any major issues personally. However, I do feel that all of my medical providers continue to assume I am straight until I explicitly tell them otherwise.

Are there issues impacting your LGBTQ neighbors that aren’t visible or part of the local dialogue? I think that racism absolutely compounds the struggles of LGBTQ people of color in Pittsburgh, and I don’t think we talk about that enough. This is a very divided city, racially, and one consequence of that is that we don’t build coalitions that are fully intersectional. We can’t address the needs of LGBTQ people of color in the region without also addressing racism and discrimination at every level in the system.

What would you like to see elected officials do to improve life for LGBTQ Pennsylvanians? I would like to see more legal protections and more proactive and explicit campaigns combatting bullying and harassment targeting LGBT people. I would also like to see more mental health resources for LGBT youth.

Please share a lived experience, anecdote or fact about life as an LGBTQ person in your community. I had just started a new job and was carpooling to a training with two coworkers. At one point one of my coworkers mentioned that she was gay. Nervous but encouraged by her honesty, I also came out as queer. Then, to all of our utter amazement, my other coworker exclaimed that he too was gay. We laughed for the entire ride. It was just too perfect. I think it goes to show that you really can’t assume about other people’s identities, and sometimes it’s beneficial to go out on a limb and be honest with people you feel a connection with but maybe don’t know super well yet.

Beyond discrimination, what other barriers create challenges for your LGBTQ neighbors? I think that a lack of access to affordable mental health care is huge. It’s important for everyone, but in my experience LGBTQ people often experience additional stressors. I especially would like to see more outreach, resources, and support for LGBTQ youth in the region.

What LGBTQ friendly resources are available for your neighbors? There are certainly organizations based in the city. A quick google or Facebook search will show that. I would also keep an eye out for postings about LGBTQ community groups or events at your local coffee shop or library.

What is your greatest fear for the LGBTQ community in Western Pennsylvania?  My fear is that we will not grow to become more inclusive, intersectional, and inviting of diversity.

What is your greatest hope for the LGBTQ community in Western Pennsylvania? My greatest hope is that we center intersectionality in our politics and love, and that we grow to become an example of inclusivity, activism, and community.


What can allies do to support your LGBTQ community? Educate yourselves!

How can gay men and lesbians support the bisexual, transgender and queer members of our community? Being explicitly inclusive is a start, and ask people up front if they need accommodations or have suggestions as to how to improve the discourse.

What motivated you to take part in this project? Visibility!

Finally, what question should I have asked? Please also share your answer. I think you asked a sufficient variety of questions 🙂