Queer folk rocker Jennifer Lynn Knapp is playing Club Cafe tonight and she took a few moment to chat with us. The show is 21+, doors at 6, show at 7 pm. Tickets are $18 and available for online purchase or you can buy them at the door.

For more on Jennifer’s story, check out this great piece from the recent Pgh City Paper by Margaret Welsh.

What was your first encounter or experience with Pittsburgh?

My guess is the first time came to Pittsburgh, I’d probably just woke up, having stepped off a tour bus in some dark underground parking lot of an arena somewhere surrounded by cement. There really isn’t much to see at the venues until the show goes up. But I do remember walking the streets one afternoon. I had my camera in hand. I think I hit some pawn shops near the river. I was also pretty astounded that I was walking along the same river that went by the Steelers’ stadium. I’ve always had a fascination of cities built on the river. The industry, pride and livelihood of the people who live that way. It’s so visually different than the dry farming communities I grew up in.

Are there any Pittsburgh performers (based here or born here) that influence you?

Most of my regional influences were back in my younger days in the 90s music scene in Kansas City. There were a bunch of us that played locally, crammed into coffeehouses. We had no idea what lay ahead, but we were part of a hive of eager musicians who wanted to just play. That’s kind of a thing with me, I suspect the people that will really influence you are those sitting right next to you.

Christianity and LGBTQ identity are often set along a strict binary, as if one precludes or refutes the other. How does a Christian and LGBTQ identified person (artist or otherwise) navigate that intersectional space when surrounded by so many pressures to make a choice one way or the other?

While I fully appreciate that there is a strong public narrative that continues to give credence to the “you can’t be gay and Christian” trope, I sincerely believe that it’s time to move on from that. It’s not just lazily inaccurate, it’s thwarting the actual progress that’s been made. LGBTQ people have served as clergy, filled pews and even contributed to the elite theological conversations of our faith.

Can you be gay and Christian? Of course you can, just because someone yells something louder than you doesn’t mean they are right. There is no doubt, conservative churches have yelled so loud for so long that we’ve been given a complex and LGTBQ people had very few to stand in their defense. But that’s changing, when we got kicked out for coming out, we went to the churches that took us in. Churches now have floats at Pride parades and booths advertising wedding services. But more than that, there are simply just LGTBQ people in normal churches getting on with life. It’s the kind of thing that rarely gets headlines. Really, if you want to know if God loves you, surround yourself with the people on this earth you love and who love you back.

Who is the first LGBTQ person that you met and how did they impact your life?

In truth, the first LGBTQ person who purposefully identified themselves to me was a closeted Christian who encouraged me to NOT be myself. The impact knowing that this person had spent their entire life trying to outrun their true self was heart-wrenching to me, so I suppose it set the stage for exactly the opposite kind of life I wanted to have. It just didn’t sit right with me that you had to be straight to be loved, lie to yourself or bend like a pretzel to be something dishonest to get a job, love or faith. I saw how a life of denial could be so devastating and I didn’t want to be a part of such a storyline.

Past or present, favorite LGBTQ character or creator in television, song, film or literature?

I don’t suppose that Scout from To Kill A Mockingbird ever really grew up in a way that we could truly know what letter on the spectrum she would choose. But I’m kind of glad she didn’t. All I know is that this little girl, in that little town, amidst all the coming world around her, for a brief time, saw and shared the world around her with an innocence that had no place for labels. You can see it coming, the way she was on the edge of self-consciousness and fighting it, to love herself, bumped tomboy (future lesbian?) knees and all.

Whether it’s a poor joke or and act of discrimination, be willing to stop it or assist those who are in need.

What is your love song to today’s LGBTQ youth?

Remember to love who you are.

It seems so simple, or worse, borderline arrogant. But society is always getting us to measure ourselves to others. As if there’s a certain number of Facebook likes that will prove our popularity, an ideal size of pants that guarantee a perfect thigh gap or a group of friends that will always give you exactly what you need…Nothing replaces the quiet peace of knowing, accepting and loving yourself for exactly who you are today, warts and all.

I run a community art project around storytelling on my blog #AMPLIFY focusing on LGBTQ neighbors in Western PA. One of our goals is to create more opportunities for the healing experiences of storytelling, to remind every LGBTQ person we meet that the act of sharing their story – on a blog, in writing, in person or through the arts – is an act of wellbeing and resistance. Can you describe an experience where sharing your story on an interpersonal level had an impact on you? Beyond sharing your coming out story, perhaps the first time you played a certain song for another person.

I certainly remember the first time I played a song of mine called “Fallen.” For weeks I had refused to play it in public, because I was terrified about the consequences. This was pre-coming out, so playing of the song for me risked people asking me about my sexual orientation. I thought the song was a big flashing neon sign: “Jennifer is a lezzie!”

Anyway, the first time I played it, my hands were cramped and sweaty. My throat got tight and my knees shook. I was afraid folk would throw things. For me, the song was basically my confessional, I love a woman, I know it may anger you, but frankly, I’m making my choice and I will be responsible for what happens next. What came next wasn’t nearly as dramatic as I imagined; the audience really didn’t have a clue how much of my life was in it. But it was the first time in public I’d said anything so close to the truth and lived to tell the tale. 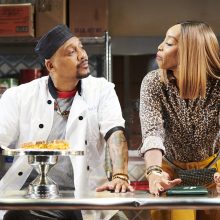