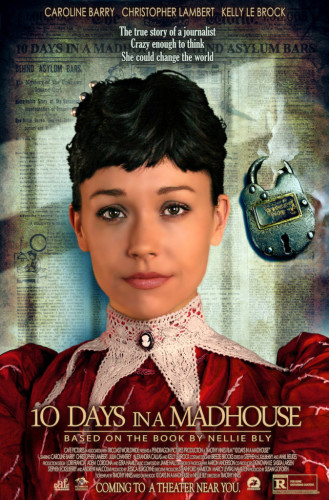 Let me start here – I really wanted to like this movie.

As an adult woman from Pittsburgh living with mental illness, I have mad respect (see what I did there?) for Nellie Bly and I hoped that this movie version of her investigation into the mental health system of her day would contribute a necessary layer of understanding to the current dialogue.

It doesn’t. It is really a terrible little film that could almost be a parody, except that is not. The acting is amateurish and forced. The dialogue is stilted. The sets are cheap and the entire film is loaded with cliches. Reference to filth – cue camera aside to a RAT running across a perfectly clean concrete floor. It took all my self-control to finish watching the movie simply because I felt very angry that this rich material was treated so badly by the filmmakers.  Here’s the skinny:

The story of Nellie Bly, a pioneering female journalist and investigative reporter, has been translated into a feature film. 10 Days in a Madhouse (the screenplay is adapted from her book Ten Days in a Mad-House, which was a collection of her news articles) debuted nationwide on Nov. 20.

Bly–played by newcomer Caroline Barry–was just 23 in 1887 when she landed a job at the New York World and immediately set out to go undercover at a notoriously abusive women’s insane asylum at Blackwell’s Island mental hospital in New York. Instead of working with hospital personnel or insiders to gain access, she decided to convince the authorities that she was insane, and she was admitted into the wing as a patient, not a reporter. In a series of articles for the New York World, she exposed abuse, mistreatment, injustices, and corruption.

Director Timothy Hines cites his mother as his inspiration, saying that one of her heroes was Nellie Bly, and he thought her story needed to be told, as her story tackles both oppression against women and the strength and success of a woman who stood up to the system.

The positive thing that came from this movie is the motivation to check the original book from the my local library. That’s it. There’s no useful context of the individual stories who were terrorized and abused by this system. It wasn’t even funny-bad because I’m uber aware of how often we mock all of these issues.

There are so many talented indie actors and amateur actors that I have zero clue why this film picked so many absolutely clueless people to pretend to be insane. With horrible accents.

Read the book. Learn more about Bly. But don’t waste your time on this movie.

Here’s the preview for a taste of the terrible. 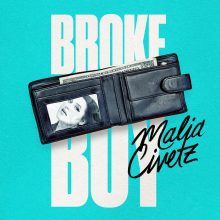 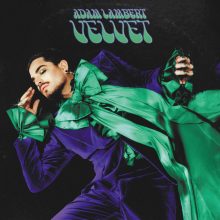