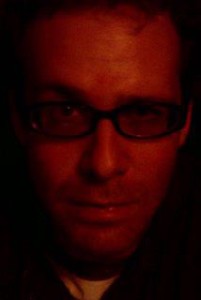 County of Residence: Allegheny. I grew up in Clearfield County, and attended college in Crawford County.

How do you describe your identity? This is evolving – in the sense that years ago, I wouldn’t have attached “cis,” not knowing what that meant – but I’m comfortable identifying as a cis white working-class queer. I don’t mind “gay,” but I feel better about “queer,” mainly because of class implications.

Please describe your coming out experience. Where did you find support? What challenges did you face? I came out when I went to England for a year in college. Shortly after I arrived, I found out where the student support group met, and spent a couple of Thursday nights walking up and down in front of the building, too afraid to actually go in. I’d been bullied in high school to some extent, though since that was pre-Facebook, it wasn’t 24/7, and I’d internalized a lot of shame, growing up in small town western PA during the Reagan era, when AIDS was pretty much all we knew about “being gay.” Walking into that first meeting, alone, required me to overcome twenty years of conditioning, but when I did, I really understood the power of finally feeling “not alone.”

How would you describe yourself NOW in terms of “being out”? I’m out to family, friends, and colleagues. I write and publish poetry and nonfiction with explicitly queer content. I think I’m rarely mistaken for straight by strangers, but on those rare occasions, I’m happy to correct the misimpression.

Tell me about the first LGBTQ person whom you met. What impact did they have on your life? The first openly LGBTQ person I met, at the age of 20, became my first boyfriend. He’d renamed himself Jean-Luc, in honor or the French film director, and claimed to know Annie Lennox. He was kind, eccentric, resourceful, and outspoken, a fantasist possessed by tremendous imagination. Our relationship didn’t last long, but he taught me the importance of creativity, and how to resist the ordinary.

Past or present, favorite LGBTQ character or creator in television, film or literature? Please tell us why. I don’t know that I can single out just one. I grew up, and have remained, profoundly bookish, so most of my favorites are writers who have influenced the way I perceive and filter the world: Samuel R. Delany, Edmund White, Dennis Cooper, Adrienne Rich, Audre Lorde, Frank O’Hara, and Patti Smith.

How do you stay informed about LGBTQ issues? Mainly through social and alternative media.

Describe your geographical community. Currently urban, but I grew up in a very rural community in western PA, and went to college in a small town environment in northwestern PA.

Describe your local or regional LGBTQ community. The Pittsburgh area community continues to grow and change: it’s encouraging that recent events around Pride have prompted conversation about the dominance of middle-to-upper-class white cis men in local discourse, though the tenor of that conversation has not always encouraged participation by people who are not already part of one group or another. Like Pittsburgh’s neighborhoods, I think, the LGBTQ community seems to function more as a collection of cliques, and it can be difficult to find a place, a voice, as an outsider without connections in one or the other of those groups.

Have you ever experienced discrimination based on your identity? Specifically, in a job setting, when applying for housing or while in public. I have been very lucky in that my identity has never been a negative in terms of employment or housing, nor have I experienced extraordinary issues in public, beyond the occasional shout of “faggot” from a passing car. Since I’m white, and male, and tend to dress in jeans and fleeces and other pieces of standard-issue Pittsburgh camouflage, I think I’m given a “pass” that other queer folks are not.

Describe your community in terms of being LGBTQ friendly (or not) I think that Pittsburgh has become much friendlier over the years that I’ve lived here (off and on from 1992), as its economy has recovered and everyday experience with more and more openly LGBTQ folks has become the norm. From what I’ve seen and experienced, attitudes are shifting at a much, much slower pace in the rural area where I grew up; there remains a great deal of bigotry and potential violence in that area. I feel much less safe in the quiet, rural countryside than I do in the city.

Are there issues impacting your LGBTQ neighbors that aren’t visible or part of the local dialogue? Trans issues are starting to become visible, as are issues of race, which are very positive developments. I’m not sure that class and economic influences are fully part of the discussion, yet, and while there’s been an admirable focus on teens, and problems of bullying, suicide, and homelessness, it feels like they’ve been eclipsed a bit by the issue of marriage equality. There has been very little to no focus, that I can see, on the unique issues of older LGBTQ people, and especially in Pittsburgh, an older city where many people tend to stick around, that should be part of our conversation.

What would you like to see elected officials do to improve life for LGBTQ Pennsylvanians? Legislatively, an end to employment and housing discrimination needs to be a priority. Also, issues that are typically splintered off as “women’s” or feminist issues are actually critical to LGBTQ rights as well: equal pay, full access to reproductive rights, and ending violence against women are essential legislative concerns. In light of some of the recent demonization of sex work, I’d also like to see discussion about legalization, but I think that’s unlikely.

Please share a lived experience, anecdote or fact about life as an LGBTQ person in your community. I work with the public every day, often around groups of kids, so I overhear a fair amount of teenspeak. At least once every few months, I still hear some version of the old chestnut, “That’s so GAY.” Unlike in my high school days, though, I also almost invariably hear a dissenting teen voice issue some version of, “Dude, NO.” More than anything else, that informal challenging among peers gives me hope.

Beyond discrimination, what other barriers create challenges for your LGBTQ neighbors? Economics pose a significant challenge, especially to accessing health care. We have great resources like PERSAD, but not enough people know about, or know how to access, those resources.

What LGBTQ friendly resources are available for your neighbors? PERSAD, the GLCC, PATF and Shepherd Wellness, and Planned Parenthood are all excellent resources. With the migration of Pittsburgh’s OUT to OUT Online, some folks without regular or reliable Internet access may not be able to use their excellent directory of local resources, but especially for social groups, their listings are great.

What is your greatest fear for the LGBTQ community in Western Pennsylvania? Complacency. While the Supreme Court ruling on marriage equality was a critical advance, the struggle for full LGBTQ rights is far from over. I worry that because the conversations around privilege within the community are tough ones, that there’s a temptation to rest on that single success and leave more vulnerable segments of our community (youth, transfolk, the elderly, the poor, folks struggling with addiction and mental illness) underserved.

What is your greatest hope for the LGBTQ community in Western Pennsylvania? As more and more projects arise to address specific concerns – like the Garden of Peace Project and Proud Haven – we seem to be, slowly, recognizing the extent of work we have to do, and signaling a willingness to engage in difficult work.

How can gay men and lesbians support the bisexual, transgender and queer members of our community? Start by searching out the roots of fear and prejudice in ourselves. Unexamined prejudice poisons us. We need to communicate constantly with one another, and be willing to risk and trust ourselves with one another. And then: act. Maybe by volunteering, maybe by fundraising, or maybe by just speaking out consistently against BTQ slurs.

What motivated you to take part in this project? Curiosity, to see how I would answer these questions – many of which I think about a lot, but have never tried to write down coherent answers for. Also, because I believe in the power of independent voices, which this projects celebrates.

Finally, what question should I have asked? Please also share your answer. What are you doing to put your beliefs into practice? As an introvert and contrarian by nature, I struggle to find a way “in” to collective action, to put (in Ginsberg’s words) “my queer shoulder to the wheel.” That is an ongoing challenge. As a writer, though, I try to be as honest as I can, and to speak clearly and directly and (I hope) artfully to the power of difference.