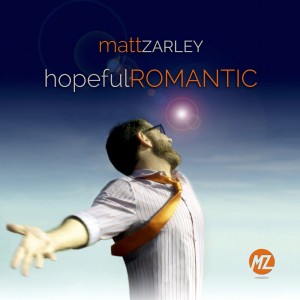 hopefulROMANTIC is available as a pop album featuring original versions of each song, and a soundtrack to the short film of the same name with new arrangements of each track re-imagined specifically for the film. The short film, named Best LGBT Short from the Hollywood Reel Independent Film Festival, is a universal story about loving, letting go, and holding onto faith that there’s somebody for everybody. Now playing the film festival circuit, the film co-stars Chuck Saculla, Jolie Jenkins and George Takei. Each song is one part of a narrative trajectory that tells the story of one man’s journey through love, heartbreak, and healing.

Win special CDs including the pop album and soundtrack! For more information on the hopefulROMANTIC short film, visit: http://hopefulromanticmovie.com