We often capture strangers in photos we take in public. Open your photo library, and stop at the first picture that features a person you don’t know. Now tell the story of that person. 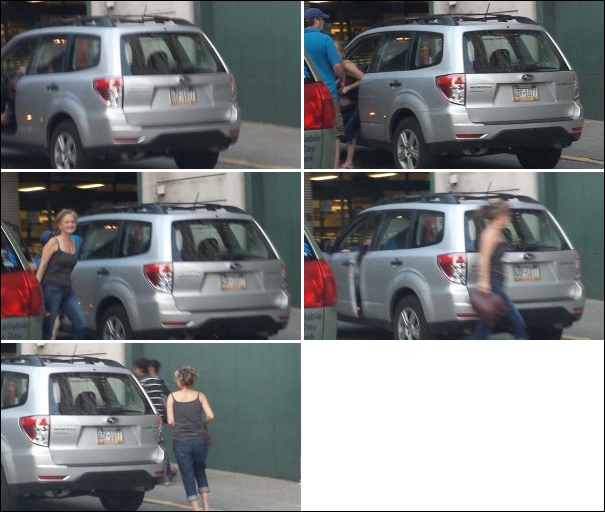 Last week, I went to pick Ledcat up from the Amtrak station which is on Liberty Avenue in Downtown Pittsburgh. The Amtrak lot is terrible – the signage is confusing, there are few actual spaces and the majority of people have no idea what they are doing. On this particular night, someone had the bright idea of scheduling the “Liberty Mile” race along a route that blocked both Amtrak and the Greyhound stations.  Of course, it was during the night stop of the Pgh train so that was a hot mess. Bad idea, Next Pittsburgh.

Knowing this, I arrived very early and pulled into a packed parking lot. I simply pulled behind a cab and parked, book in hand to keep me busy for the next 45 minutes. This lady in the photo pulled up next to me and I noticed her edging further and further forward. I leaned over and said (politely) “please don’t park me in, I’m picking up someone who will need to open the passenger door” and she said “if you don’t move your car, I guess I’ll hit you.” I was a little shocked (cars don’t move sideways), but I channeled my inner Evelyn Couch and said “I hope you have good insurance, lady, because the person I’m picking up is also my lawer.” Then I started taking pictures as she bullied someone else into letting her in.