The National Institutes of Health funded only a negligible number of studies researching the health of lesbian, gay, bisexual and transgender people over more than two decades, according to an analysis led by the University of Pittsburgh Graduate School of Public Health.

Because of that, health inequities in that population continued unabated, according to the study published Wednesday in the February issue of the American Journal of Public Health.

If LGBT health isn’t being studied, it isn’t being treated properly both in terms of preventative care and managing active health challenges.

The paper attributes a “chilling effect” on things LGBT related as a driving factor edging researchers away from studying say diabetes among LBT women and toward other topic. The NIH sets the bar for research protocol and the bar is pretty low.

This is particularly troubling when you factor in another poorly understood phenomenon – poverty in the LGBT community (I’m using LGBT to remain consistent with the study.) Poverty is a barrier to heath care and a contributing factor in poor health, broadly speaking. The intersection of poverty with LGBT stigma and other barriers can be overwhelming.

Here in Pittsburgh, for example, we are under assault from UPMC’s advertising campaign against Highmark. I have zero confidence that UPMC puts the best interests of patients ahead of corporate interests, simply because I watch the local news and get a whopping dose of their real agenda during the commercial breaks. So my confidence in their LGBT competency is not very high, often because Laura and I confront things like paperwork that doesn’t allow us to identify one another as partners. That’s the sort of code speak that can prevent someone from disclosing their sexual orientation or their relationship status, vital information in a health care setting. Does UPMC care? I doubt it. Do the individual doctors and nurses? Probably, but not enough to lobby for the change.

That’s patient care and treatment, not research. But if the data collected doesn’t reflect out true identity, how useful is it in research studies?

I’ve been in several social settings lately that have me very concerned about smoking in our community. I went into a bar and was offered a free pack of cigarettes. When I declined, I was “urged” to take them and give to someone else.I declined again. wtf? Now the e-cigarettes are on the rise with very little research on their long-term health implications on the user or the bystander – the vapor does discharge nicotine, this is clear, but what that means for my lungs is not clear. So I’m a proponent of e-cigarettes being treated with the same constraints as regular smoking. We already know nicotine is bad, we know that disposable anything is bad for the environment which impacts our health, and we know not to trust the industry. It shows the power of addiction that people argue this point.

• Establish policies that designate LGBT people as priority populations for research that goes beyond HIV/AIDS and sexual health issues.

• Explore new strategies to increase the amount of LGBT health research, including support for diversity among researchers.

• Support efforts to expand the pool of trained researchers prepared to propose LGBT research projects through training grants, fellowships, career awards and the establishment of LGBT Centers of Excellence.

“That certainly would be my wish list as well,” Ms. Hill said. “This is a very important study. I hope it brings great awareness to the issue and puts pressure on the powers that be to invest in LGBT-related research.“

Something overlooked (or perhaps buried) in this list are health issues unique to aging LGBT neighbors. We will see millions of LGBT adults entering the senior world, many without the historical supports of pension plans and children to care for them. What about the impact of years of neglected health care on an already strained and non-welcoming health system?

Equality is a multi-dimensional struggle. It is truly important that we read these articles in our newspapers and take action. Write a letter. Contact your member of Congress. Ask your doctor. Offer to drive a friend to a doctor if they haven’t been in a while. Do something.

We can’t count on the federal government to do it for us.

I’m reading Sean Strub’s book “Body Counts: A Memoir of Politics, Sex, AIDS, and Survival” so I expect some new insight into the NIH in the context of HIV and AIDS. Stay tuned … 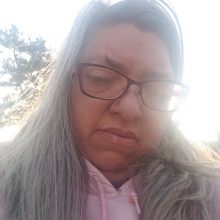