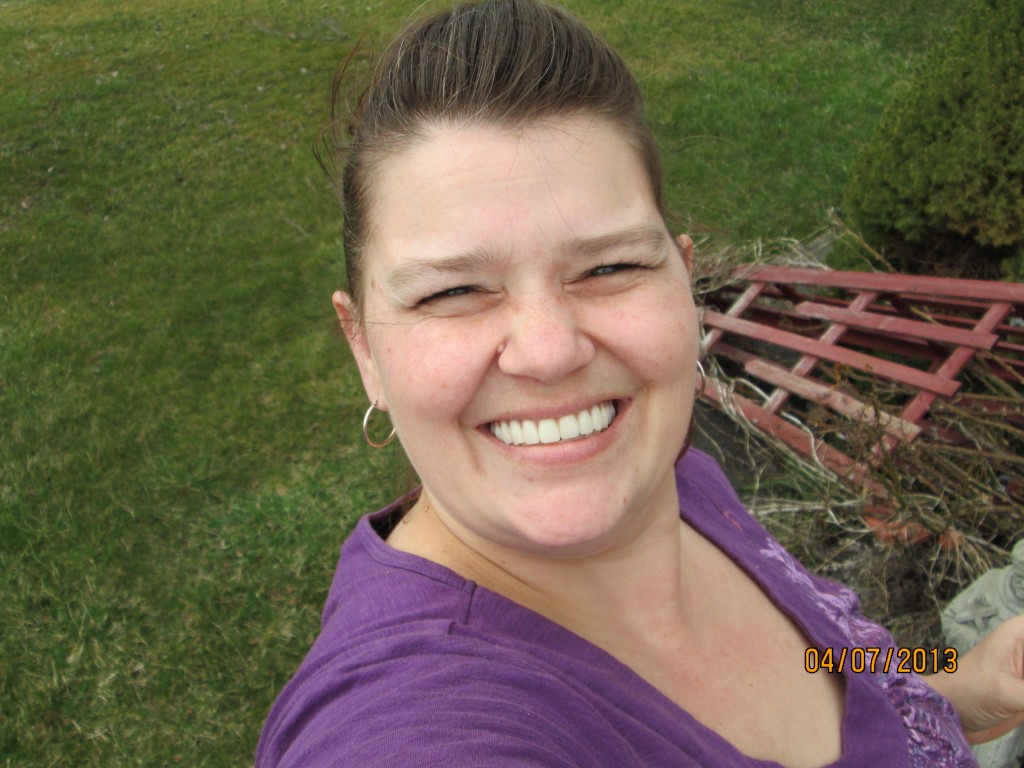 Cassee is another person I met online – through the Facebook group for the Gay & Lesbian Community Center where we both volunteer. We met in person for the first time at Pridefest this month. She spent the entire day at the booth and monitoring the goings-on of “her kids” who came to her for info, support & to share their stories of the day. Cassee also has no hesitation asking for information or being open to questions.  Her enthusiasm and friendliness are welcome skills for a volunteer – and she has a terrific practical streak, bringing a plastic tarp to Pridefest which was much welcome during the deluge. She also went and found a group that did not have a tent, bringing them into the GLCC tent so they and their materials wouldn’t get soaked. That’s the mission of the GLCC, right? It may be cramped, but they provide shelter from the storm.

Tell us about the very first LGBTQ person you met and what that meant for you.    I didn’t realize she was gay at the time, but her name was Terry and she was a great friend to my Gree (grandmother).   I realize now that their friendship set the example for me. It never occurred to me to NOT be friends with someone because of how they looked. Terry always reminded me of a lumberjack.  She always had boots, a flannel shirt, a crocheted hat with the ball on top and jeans.  She was heavyset and would be what ignorant straights call a “dyke”.   Thanks Gree and Terry for setting the bar on friendships…

How do you stay informed on LGBTQ issues? I currently volunteer for the GLCC and learn all I can from the kids or if it’s a more complex question I ask Mama Lyndz or Sue.  My 15 yr old has taught me a few things too.  I will say that the kids I know these days could give a rats ass bout what a person does in their love life.   They are more worried about how the person treats others than if they are gay or not…I think that rocks.

What is the most important issue facing the LGBTQ community today? In my opinion it’s their rights as humans.   I’m a person who loves people.   To have laws that forbid me from doing so in whatever way I want would crush me.  My hubby is black and to think that it was illegal and not permitted is heartbreaking for me.  No human should ever have to feel that heartache.

If you could wave a magic wand and change one thing in Pittsburgh’s LGBTQ community, what would it be?   More support for each other.  Its not obvious to most but I guess being involved I see the “cliques”. This happens in all communities; however the LGBTQIAP community has such an uphill battle that separation of any kind makes that climb a little bit harder.

Past or present, favorite LGBTQ character in television, film or literature?   Miss Vita Bohoem from Too Wong Foo, Thanks for everything.  Julie Newmar.  I love the whole movie.   But Miss Vita was classy, educated, straight forward, open hearted and kind.  She was also not a force to be reckoned with.  LOOVEEEEEE her!!!

What is one simple thing a reader can do to support the LGBTQ community? Volunteer and learn.   Someone said to me today “you will be rewarded for what you’re doing”  I said I already have been.  My kids call me Mama Cass with such endearment and love that I know I’ve touched them… that is my reward.   I am honored and humbled that I have been accepted and allowed to grow and raise my family in this great community!

To learn more about the Gay & Lesbian Community Center (and become a volunteer!) visit them on Facebook  and @GLCCpgh on Twitter.