An occasional series where we pose some questions to local LGBTQ (and Allies) to learn more about their personal experiences with LGBTQ culture. 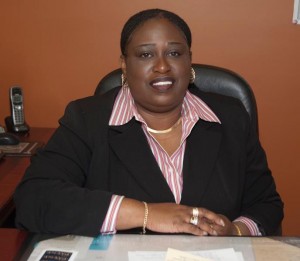 Former member of City Council Tonya Payne is challenging Daniel Lavelle to represent the 6th District – which I should mention includes my neighborhood of Manchester. Tonya has been a staunch ally to the LGBTQ community – I have seen her marching *WITH* us in the Pride parade more times than I’ve seen her on the stage talking *TO* us.  I think her story about the first LGBTQ person she knew may shed some light on that solidarity.

Tell us about the very first LGBTQ person you met and what that meant for you. The first LGBTQ person that I ever met was my cousin, Darrin. We were the same age and we were very close. We grew up in the 70’s, so people would refer to him as a sissy and would often treat him badly. I was Darrin’s protector. I would not let people tease or bully him. I loved him and he loved me. We really didn’t care about much more.

How do you stay informed on LGBTQ issues? By reading, talking with people, social media & being active in what’s going on in our community.

What is the most important issue facing the LGBTQ community today? Marriage Equality

If you could wave a magic wand and change one thing in Pittsburgh’s LGBTQ community, what would it be? That all intolerance and injustice would disappear and the LGBTQ community could live without all of the prejudices.

Past or present, favorite LGBTQ character in television, film or literature? Ellen DeGeneres

What is one simple thing a reader can do to support the LGBTQ community? Be open minded and realize that no one can dictate who they fall in love with.

To suggest someone to participate in LGBTQ&A, please email pghlesbian at gmail.

Disclosure: we have reached out to all candidates in the various local races – responses are published as they are submitted. If you’d like to see a candidate you support included, please ask them to complete and submit!