Today, May 17, is the International Day Against Homophobia and Transphobia (IDAHO).

A number of politicians, media personalities and high-profile figures have also joined the chorus of supporters acknowledging the significance of the day, which aims to “celebrate human diversity and rededicate ourselves to a basic but essential truth—that human rights are universal and must be protected,” according to Ambassador Susan E. Rice, U.S. Permanent Representative to the United Nations.

Observed each year on May 17, IDAHO become an important day for millions of people around the world to pause and remember the victims of anti-gay violence and discrimination. 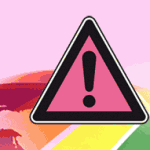 The global portal has a ton of information on why, how, who, where and so forth. Everything from how this compliments Pridefests to what’s happening on the ground for LGBTQ persons around the world.

There’s an interesting bit of news from Washington DC that highlights this for me. Today, the Department of Justice finalized rules to eliminate prison rape.  40% of gay and bi men on parole report that they were sexually assaulted while incarcerated – ranging from a county holding cell to a federal prison. Can you imagine what the data would say if those behind bars were safe to speak?

Shame on all of us. The media that sensationalizes arrests involving trans or gender non-conforming adults. The justice system which doesn’t have enough safeguards to keep everyone safe.  And the rest of us who think “Bubba prison cellmate” jokes are acceptable.