A marriage amendment has sprung up again in Pennsylvania. Its any easy way to pander to the right-wing conservatives who seem to populate this state. As has been practiced throughout history, fear is always a great way for a politician to get points with the constituents. I have been reading a great book about the rise of Richard Nixon and Ronald Reagan, two politicians who figured out how to use fear, and it's twin sister, ignorance, to win elections.

And here we go again, because it's not like we don't have real pressing issues in Pennsylvania that affect married heterosexual couples such as health insurance, poverty, hunger, crime–the list goes on. Discrimination against lesbian/gay/bisexual/transgender people is one of the last battles to be won in civil rights. It's still around because it wins elections and builds political careers — see Metcalfe, Daryl –on the basis that if the LGBT community is permitted to marry it will destroy the fabric of the great Commonwealth of Pennsylvania.

This is repeated along with the obligatory biblical references without any evidence that any LGBT person's relationship and marriage has destroyed anyone's heterosexual marriage. In fact, every marriage that has been destroyed–particularly those of said right-wing fear mongering politicians has been done in by infidelity via a heterosexual partner such as a soulmate in Argentina or the sterotypical hooker.

Other people have blogged eloquently today about our relationships and our families and that's important. But we in the LGBT community have to take a page from other civil rights movements and become politically involved even if it's no more than taking five minutes to vote. I have heard a lot of people in our community tell me that they are not political but, unfortunatley, that's just not an option. The politicans out there don't want to focus on the real, hard issues pressing this state. They want to focus on YOU and keep us from enjoying the same rights and benefits of society that they enjoy. So take some time and tell them we are human beings as worthy of rights as they (and their mistresses are). 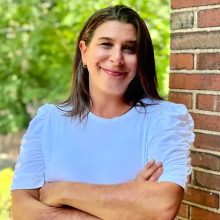