Via Buzzfeed Sochi is almost here. It has a very immediate impact on LGBTQ Pittsburgh – our beloved Evgeni Malkin is Russian and will play for Team Russia. His teammates, some of whom have spoken openly as allies, will play for Team USA. That’s nothing new. But they all have LGBTQ fans here in the US (and elsewhere.) […] 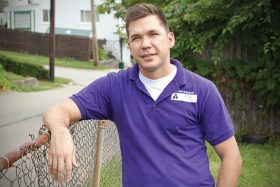 Pittsburgh has a historical and modern Russian population. During the end of the 19th century and into the early 20th century, many Russians – especially those who were Jewish – escaped the pogroms and ended up in Pittsburgh. Then again in the latter half of the 20th century, it is estimated that 4,000 Russians resettled […]