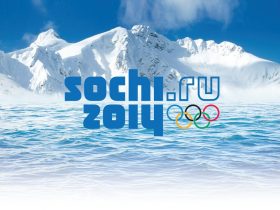 As you may know, there is a huge controversy brewing over the February 2014 Winter Olympics which are scheduled to be held in the Sochi region in Russia. Like Beijing and other host cities, Russia’s human rights violations are under intense scrutiny – most notably their brutal crackdown on ‘homosexual propaganda.’ First, the law itself […] 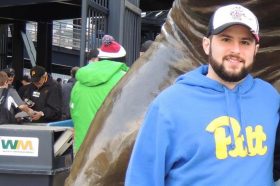 Kudos to WESA 90.5 FM and Essential Pittsburgh for so quickly offsetting their previous coverage of Jason Collins’ coming out by highlighting an essay from sportscolumnists Tony Jovenitti. Jovenittis has Pgh ties and was an intern with the Pittsburgh Penguins. Jovenetti’s first-person essay was published by OUTsports on April 30. Full text here. Guggenheim interviewed […] 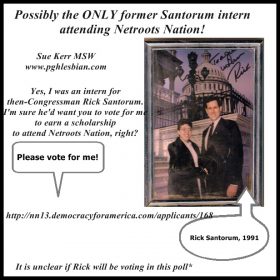 You may have noticed that I’m trying to win a scholarship to Netroots Nation? If I am selected, this will cover a significant part of my expenses to travel to this 3 day conference plus the 1 day LGBTQ by-invitation-only preconference. I played the “I used to intern for Rick Santorum” card the other day […]

Wow. I completely missed this. You may be familiar with the You Can Play initiative by the NHL to promote LGBT tolerance in athletics. It has been speerheaded by the Burke family and the Flyers. Recently, the Penguins’ Brooks Orpik contributed a video. Orpik told the Post-Gazette: “When they asked me to do it, there […]