I was born on October 22, 1970. By mid-July 1971, my mother was pregnant again with my brother. Somewhere during that time, she was hospitalized in a psychiatric unit. I was left with my paternal grandparents.

By my third birthday, we were all reunited under the same roof. No one spoke of that separation ever again. I have no idea for how long I was apart from my parents. I wonder if they even know now, do they remember the days and nights?

Life seemed okay enough for a few years, then something awful happened to my mother – I still don’t know the details. She was hospitalized. She destroyed every photo from our early years. She never really recovered. It broke her.

Life, I thought, was divided into before and after that second set of events because I remained unaware of the first.

Around age 12, I found some letters she wrote during her first hospital stay. I asked my father to explain. He destroyed everything without a word.

My mother kept warning me about bad men. She kept returning to the hospital, anually it seemed. One year, I was the one who had to call 911.

I pieced together the pieces enough to realize their was a male predator in my paternal family. He was never charged. No one even beat the shit out of him.

I pulled further away. I struggled with feelings of guilt, shame, terror, anxiety, and depression I didn’t understand. I thought I sidestepped a terrible abuse.

I was diagnosed with bipolar disorder.

The predator died. The seeds of dysfunction, denial, and despair lived on.

I am a social worker. One of my jobs is in foster care. I teach about separation and attachment.

I was diagnosed with anxiety.

One then two then three other female family members told me their truths.

They all said my mother had the worst experience. I still don’t know what that means in any detail.

My mental health deteriorates to the point that I cannot work. I am diagnosed with complex trauma disorder.

My parents cannot stop bringing their own agony and pain to me, even when I at my most desperate.

I realize that my first years were spent separate from my mother and father, in the care of a predator who was grooming me. Literally with gifts and trips to the circus and inappropriate movies. Separation and attachment. My mother managed to warn me enough through her letters and veiled hints that I avoided the worst.

I had five sets of aunts and uncles, three maternal and two paternal. I had two grandmothers.

None of them saved me. I realize that they knew, even if they denied it.

They had jobs, homes, access to cops and lawyers, etc. They had second homes and RVs and vacations.

They didn’t have the moral courage to pluck my brother and I from our hell. They didn’t spend that money to help my mother. They didn’t stop serving booze to my slowly drowning father.

My home parish was staffed by predatory priests from at least 1982 until last year. That we know of.

My elementary gym male teacher patted girls on their butts. One high school teacher had divorced his wife to marry a student after she graduated. Another teacher forced my friends against lockers and grabbed their breasts.

The woods behind our home grew darker as I and neighborhood boys aged.

There was no safe harbor. No home. Not school. Not church. Nowhere.

I work on my family tree. Twenty five years later, I find DNA evidence that other women and girls were victimized by our family predator. I do not know them.

I wonder what I will say if they ask for my truth?

In part, I will say that my mother survived and tried to protect me. That it took 50 years for me to piece my story together. That I fear more secrets surfacing, but fear the legacy of silence even more.

I’m not a fan of Mother’s Day. 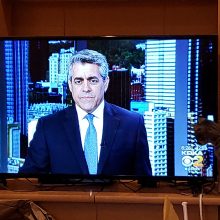 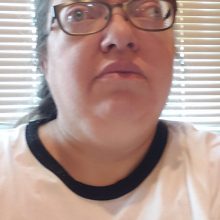 Depression and leaving me home with the dog 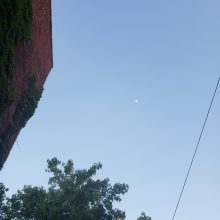