I stepped outside on the stoop and a woman sitting in her car told me a raccoon was ‘on the loose’ and might bite me. So I stepped back into the house and decided to call my neighbor with ‘Scrap the Trap – Pittsburgh.’

A few minutes later, I was tracking an obviously terrified young racoon with a flashlight when Rebecca ran up from the next block. She observed the little one for a minute and deduced that he was most likely a young one whose mother had been trapped nearby and unable to fend for himself.

She ran home for a trap while my neighbor Bill and I kept an eye on the little guy. He was scared, but seemingly hopeful we could feed him. A few minutes later, Rebecca arrived with large gloves and a pet carrier. She used a net to direct him inside and took him home for the evening. He was eating voraciously in her shed.

The next day he went to the Humane Animal Rescue Wildlife Center in Verona. He was assessed and found to be in general good health with one exception – he was having minor seizures. They guessed that someone had hit the poor critter. Within a few weeks, he recovered and was graduated into the pre-release group.

A few weeks ago, he was set free in an approved release zone and is, hopefully, on his way to a healthy life. 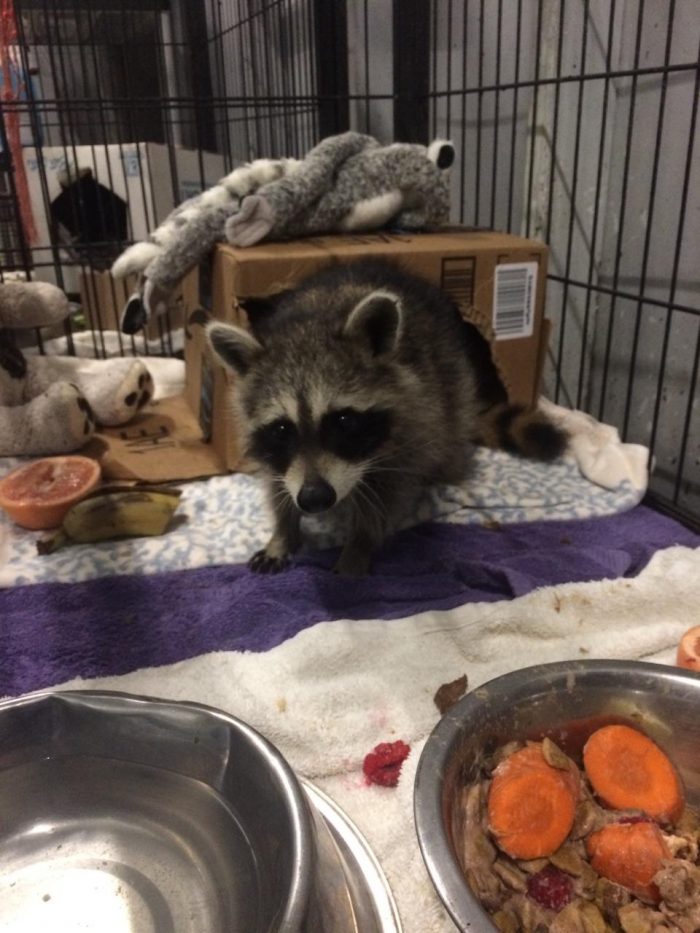 Scrap the Trap is a wonderful resource for City residents (and beyond) who are experiencing problems with wildlife. It is unreasonable to expect wildlife to just disappear from our gardens, backyards and – especially – urban coops because they are a nuisance. It is much more effective to find a way to co-exist and get professional help dealing with the negative impact or harm when it doesn’t present a health hazard to our families.

And most racoons and other wildlife do not present harm. They are not rabid. They are acting strangely because of us – we trap their mothers and leave the babies to fend for themselves, we plant a yard filled with delious kale and other food sources, we poison them.

The simple truth is that removing the wildlife doesn’t accomplish much if we don’t change the environment. Another critter will move in within a year. I see this in my own backyard where a longstanding groundhog burrow is always occupied regardless of how many we’ve trapped (or our dogs killed.) It is similar to the concept of Trap, Spay and Release with feral cats. It is more cost effective and realistic to find a way to coexistence than constantly killing animals that present no threat to us. We can have a bit of sympathy for critters we displace.

Scrap the Trap has the data to demonstrate that the policies of Pittsburgh’s Animal Care and Control do not promote what’s best for City residents. For example, taxpayers spend $3,3000/month for a veterinarian  for his availability to merely sign off occasionally on euthanasia drugs. His presence on-site is not required. That’s nearly $40,000 annually for someone to sign prescriptions, NOT to do the procedures. ACC officers have to do that.

We kill a lot of wildlife in Pittsburgh to protect our gardens and flower beds and trash cans. 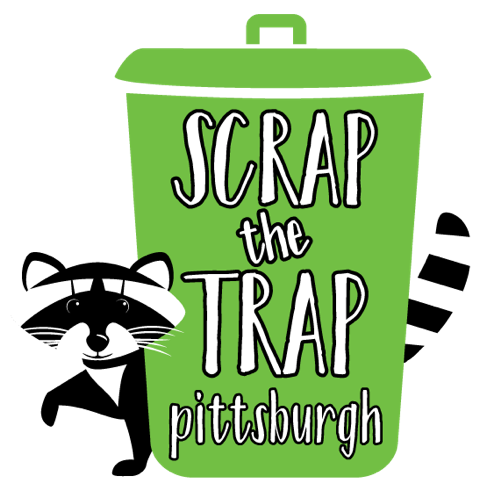 It is important to note that if you call Animal Care and Control, they aren’t going to set your intruder free in a different part of town. In compliance with Pennsylvania law, all raccoons, skunks, groundhogs, bats, foxes and coyotes taken in by Animal Control are systematically killed unless the resident authorizes its release on the same property.  Other trapped wild animals can be relocated. However, not only are the criteria used for selecting release spots unclear, it has been shown that the majority of wild animals released in an unfamiliar area will not survive through an inability to find food, water and shelter*.

So, if a critter is in your house, ACC can trap it and release it outside on your property. Otherwise, they have to kill it.

Scrap the Trap Pittsburgh has a great resource page for your gardens and urban farms.

If you have a wildlife concern, please consider reaching out to this group for support before calling Animal Control. The volunteers are really nice and have seen pretty much everything. They will be honest with you about your options, including when a call to ACC is required.