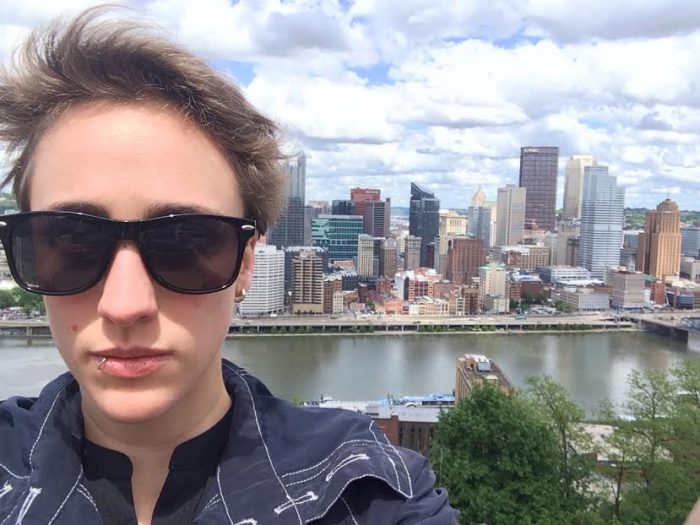 I love when marginalized people are asked to share their stories. I love reading all the stories and remembering how diverse this world is. I love being a part of something bigger than myself.

Please describe your coming out experience. Where did you find support? What challenges did you face? When I was 14 and in ninth grade (which was in a middle school with 7th-9th grades), I met a girl who was bisexual. She was in 8th grade and she was spunky. She wore pajama bottoms to the field hockey tryouts. I thought she exuded such a self-confidence that I was immediately drawn to her. Once I realized why I was drawn to her, and that she was confident in her being out as bi, I slowly became comfortable with the fact I could come out as bisexual too. (I identify as a lesbian, but it was a start). I had “alternative” friends in that 9th grade year. We were weird and they were my supports without even realizing it. I was dating a boy at the time and asked him if he would be okay with me dating a girl–he said yes, he was maybe interested in boys and sounded super supportive. With this support I started pursuing that girl who had worn the PJs to tryouts…We had been dating about a month when my boyfriend approached me. He asked why the kids at school thought I was dating that girl, and if it was true. Long story short–when he had given me his support to date that girl, he meant it AFTER him, not while! Whoops! Well it worked out for the best, because it gave me the confidence. He asked me to choose. I chose her. I dated her for several more months. I realized after the fact the challenges I faced were ones of emotional abuse, though at the time I didn’t realize it. I didn’t have any way to learn or to know what to expect, so I thought that emotional abuse was just normal.

How would you describe yourself NOW in terms of “being out”? I am not sure what exactly this question is asking. But now I am out in all facets of my life–at work, in my family, with friends and even with strangers during first encounters. Only in very specific contexts (traveling in Russia or surrounded with Trump supporters) do I think twice about revealing my sexuality.

Tell me about the first LGBTQ person whom you met. What impact did they have on your life? The first LGBTQ person I met was my music teacher in elementary school. He was a gentleman, spoke softly, and was always a little awkward with his lanky body. I didn’t realize until probably 4th grade that he was gay–when classmates started to mock him. This impacted me in a negative way because I realized that being gay was something that others would look down on you for. I learned this lesson by the time I was 12 and thus began the process of me pushing down/ignoring the portion of myself that knew I was also gay and trying to pretend/be something I was not.

Past or present, favorite LGBTQ character or creator in television, film or literature? Please tell us why. I absolutely love Lexa from the CWs “The 100.” She was in such a position of power and everyone respected her, she was fierce but vulnerable/real. (Also she was absolutely beautiful!). I appreciated that we were introduced to her as a fierce and more-than-capable leader, only after several episodes did we learn she had a female lover. Sometimes films portray lesbians as lesbians first and that becomes solely who they are. “The 100” did a phenomenal job of making her first role as the commander and a secondary role as a lesbian.

How do you stay informed about LGBTQ issues? Facebook & friends mostly. I have a lot of friends who are Queer and some have facebook groups for political updates, etc.

Describe your geographical community. I grew up in the suburbs (think white picket fences and two car garages) outside of Philadelphia and knew approximately 5 queer folks. It didn’t feel queer friendly, though I think things may be a bit different now.

In Pittsburgh I feel as if the community is a 7 (on a scale of 1 to 10) friendly to queer folk. I have been pleasantly surprised by people waiting for a bus late at night in the dark when my first inclination was fear, and I have been taken aback by young folk that I had accidentally thought were “on my side.” I have also been met in the middle with middle-aged women who make cute yet crass comments while I am out to dinner with my partner, thinking they are complimenting us but actually it is a back-handed compliment. I also recognize I am young, white, and beautiful, so my experience is surrounded with a level of privilege.

Describe your local or regional LGBTQ community. I came to the city of Pittsburgh knowing no one in the Queer community, but during my first week at the University of Pittsburgh met ‘my family,’ They hosted a party (think alcohol and music) where I met at least 25 people who either were queer or strong allies. Since that first week in Pittsburgh the network only expanded through friends-of-friends and now I have a web of queer folks who have webs of their own. I don’t necessarily feel like we are all one community, but we have at least one commonality. I have a queer supervisor and a few queer colleagues, a few queer neighbors on my street and in neighboring boroughs.

Have you ever experienced discrimination based on your identity? Specifically, in a job setting, when applying for housing or while in public.  I take public transportation (Port Authority buses) and have been publicly harassed by men mostly because I refuse to give my number. The typical response I get is something akin to, “But you’re too pretty to be a lesbian” or “But you haven’t been with me yet, I can change it for you honey.” And while one might not consider this discrimination, this makes my voice invisible based on something the other person determines, therefore discrimination to me.

Tell us about your access to health care in Western PA. Has it been LGBTQ competent (or not?) In 2014 I was hired to the University of Pittsburgh and thankfully have access to healthcare at UPMC through them. My PCP did not bat an eye when I told her I am sexually active with other women.

Are there issues impacting your LGBTQ neighbors that aren’t visible or part of the local dialogue? Unsure.

What would you like to see elected officials do to improve life for LGBTQ Pennsylvanians? End the discrimination of housing and places of employment.

Please share a lived experience, anecdote or fact about life as an LGBTQ person in your community. I babysit often. Something that always gets me with a new family is how children typically ask me if I have a boyfriend. I want to be respectful of the family but I want to be genuine. I tell the child, no I do not but I have a girlfriend. Having this conversation with the parents is not something that one thinks about beforehand, especially if you are not queer.

Beyond discrimination, what other barriers create challenges for your LGBTQ neighbors? Ignorance.

What LGBTQ friendly resources are available for your neighbors? I am unsure.

What is your greatest fear for the LGBTQ community in Western Pennsylvania?  That we will not be able to come together in the face or corporate greed. (think: pride)

What is your greatest hope for the LGBTQ community in Western Pennsylvania? That we will end discrimination.


What can allies do to support your LGBTQ community? Ask questions. Be vulnerable. Stop making jokes when you use the wrong pronoun.

How can gay men and lesbians support the bisexual, transgender and queer members of our community? Same as above.

What motivated you to take part in this project? I love surveys. I love when marginalized people are asked to share their stories. I love reading all the stories and remembering how diverse this world is. I love being a part of something bigger than myself.

Finally, what question should I have asked? Please also share your answer. More about the coming out process (too much for just one question box!) 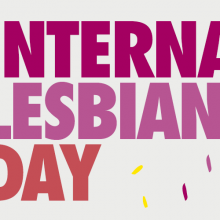