Pittsburgh’s LGBTQ Community Center (GLCC) unveiled a 30 second PSA featuring Mayor Bill Peduto discussing the importance of HIV testing. The Mayor came to the GLCC during regular testing hours to be tested ahead of the National HIV Testing Day on June 27, 2014.

The GLCC offers weekly testing hours on Thursdays from 5-9 PM. Testing is free and confidential as well as available to all ages thanks to the support of UPMC Adolescent Clinic and  Division of Adolescent and Young Adult Medicine, Children’s Hospital of Pittsburgh of UPMC and grant funding.

“Knowing your HIV status is key to a healthy life,” explains Lyndsey Sickler, GLCC Co-Chair. “We are one of several community testing sites. The Mayor left his office, walked less than 2 blocks and was able to be tested in 10 minutes. That’s an example of how simple the process can be.”

National HIV Testing Day was launched in 1995 by the National Association of People with AIDS in response to the growing number of HIV infections in communities of color and other heavily impacted communities. Nearly 1.1 million people are living with HIV in the U.S., and one in six don’t know they are infected. HIV testing is a critical first step in taking control and responsibility over one’s health.

The GLCC will be participating in the 4th Annual East End Community Health Fair, sponsored by the Pittsburgh AIDS Task Force, on Friday June 27 from 11- 4 PM. Free on-site testing for HIV and Sexually Transmitted Infections (STI) will be available along with many other screenings and services.

In the PSA, Peduto emphasizes that knowledge is key. “Once you find out, then you have a full life to live,” he states, sitting in the GLCC medical room in front of dozens of pamphlets and resources to help persons living with HIV access the supports they need.

Peduto has been a long-time supporter of the GLCC. He was the first individual donor to the membership campaign and has been a guest-caller at OUTrageous Bingo, the GLCC’s largest fundraiser. After being tested, Peduto immediately tweeted out a photo of himself recording the PSA with a message encouraging others to do likewise.

“There are many local resources for testing – community locations, your personal doctor, and organizations like Persad, PATF and Project Silk,” states Sickler. “Living with uncertainty or fear is not living. If you are HIV+, there are medical treatments and supports available to help our neighbors live long, productive and healthy lives.”

The PSA can be viewed at http://bit.ly/PghHIVTest or by visiting the GLCC bloghttp://glccpgh.wordpress.com

The Gay and Lesbian Community Center of Pittsburgh is a 501c3 non-profit organization located in Downtown Pittsburgh that has served the region’s LGBTQ population since 1981. The GLCC is open seven days a week with an all-volunteer staff. More information can be found at www.glccpgh.org or by calling 412-422-0114. 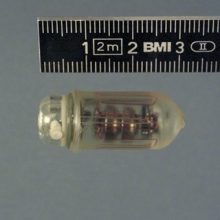 Autoimmune Dysmotility and Me: Part Four

Autoimmune Dysmotility and Me: Part Three