The police are circulating a sketch and believe that the women were killed and their bodies moved to the spot where they were discovered, next to a dumpster in Galveston, Texas. There’s no indication if this crime was motivated by the women’s queer identities, their gender or race.

The families gathered Tuesday evening near Galveston to distribute flyers and ask the community for help locating the man in the sketch or any information related to the crimes.

“I just want closure. It’s not fair,” Cosby’s grandmother, Patricia Dixon, told FOX Houston. “I know we all have to leave here, but it’s not right to take someone’s life and throw them away like garbage.”

I believe that Ms. Dixon sums it up very well – the LGBTQ community does not need to wait until the police determine if this was a crime motivated by their sexual orientation.  The reality is that Crystal and Britney mattered – their lives, the lives of two queer women of color – mattered. If this is a hate crime based on orientation or race or gender or something else, there is work to be done.

Their lives matter. I feel this refrain echoing in my head this week – a week that began with a writeup of a hateful racist Pgh oriented page on Facebook.  Crystal had a child at age 19 – she could have been one of those young girls showing off her beautiful pregnant belly and being derided as a welfare whore. Britney is dressed in masculine attire in several photos – might she have been mocked too for not conforming to gender norms? Of course. When we turn a blind eye to racism in Pittsburgh, we are turning our backs on actual living people who are part of the LGBTQ community.

Their lives matter. And it is a spiritual and moral hate crime that two young women with so much life were brutally murdered. Is it a legal one? I’m not focused on that right now.  I’m focused on this in-between time while their families and friends process this tragedy and have to make short and long term plans usually unthinkable for 24 year olds.

In 2012, the National Coalition of Anti-Violence Programs recorded 2,016 incidents of violence against LGBTQ persons. 25 of those were murder. LGBTQ people of color were 1.8 times more likely to encounter hate-motivated violence than white LGBT people. 73.1% of anti-LGBTQ homicides were people of color, while a staggering 53.8% of anti-LGBTQ homicide victims in 2012 were transgender women, up from 40% in 2011.

Their deaths matter and their lives mattered. Clearly, the white LGBTQ community has work to do in terms of messaging that this is the case. That’s not a popular opinion, but oh well. I think the response of white LGBTQ leaders to the equally tragic murder of Mollie Olgin and attack on her girlfriend Mary Kristene Chapa was much more swift, pronounced and high-profile. The only difference is that those young women were white. That’s appalling. But it is also reality. Mollie’s murder should have moved us further along to being prepared to support a community when they experience a double-murder of two lesbian residents. But we look at the trials in the murder of Trayvon Martin, the murder of Jordan Davis – after learning that Marissa Alexander could now face up to 60 years in jail for firing a warning shot. And here in Pittsburgh the second civil trial of police officers in the assault of Jordan Miles is underway, brought after they were cleared of criminal wrongdoing. There’s also Leon Ford, paralyzed from a police shooting during a traffic stop. There’s Susan Sydney – the pregnant mother of five, shot while simply standing on a street and completely overshadowed by the death of a canine police officer.  No fundraisers for her kids – where’s the prolife response to her death? Her family should be awash in casseroles, education funds, clothing, and more. Yet, there is nothing. 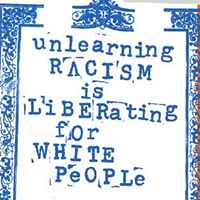 Any one of these people could have been a meme on that horrid Facebook page because they are guilty of being people of color. And if we don’t make some changes to how we – white folks and other persons of color and allies and progressives and prolifers and more – if we have to wait for someone to prompt us to take action, until it is officially “our concern” because of the motive in the crime, we are responsible for perhaps the greater injustice. If the lives of queer people of color don’t matter, why would their deaths?

So I have a constructive suggestion for those of you who are white and in Pittsburgh – get involved with WWHAT’S UP?! Pittsburgh. They have an event coming up that you might find interesting and useful. And we can learn how to better listen and learn.

I have asked some colleagues based in Texas to confirm donation fundraisers are legitimate and I will then post them to ask you to help bury these two women with dignity.

Note – most, but not all media outlets identify the women as lesbians in a two year relationship. Some reference them as “close friends” – I’m defaulting to what I saw on their own Facebook pages. I also have come across alternate spelling of Britney’s first name. I am using the spelling her friends have used. I will correct that if I learn it is not accurate.