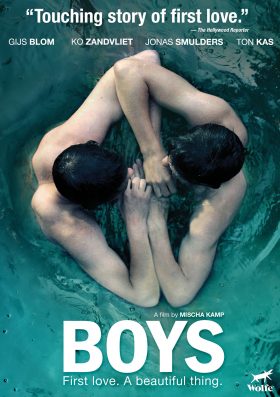 Dutch director Mischa Kamp’s 2014 feature film, Boys (Jongens) is a quiet reflection on two teenage boys first loves. The film was originally created for television and this doesn’t show at all, it’s far from the content that i remember seeing as a young teenager watching after school specials. In many ways the “made-­for-­TV” feeling of the […]

Boys is a sweet movie about teenaged boys who run a lot and kiss sometimes, and that’s alright, although I’m not familiar with the legal aspect of things. It’s the sort of movie that’s shot in a way that makes you think “teenaged boys kissing is alright in my book!” and then you think, “I […]