Main Page
Sgt Hlavac facing assault charges opts to takes vacation
by Sue on Tue 22 Dec 2009 07:48 PM EST  |  Permanent Link  |  Cosmos
Ah, the price we citizens pay for the might of the FOP.  Sgt Hlavac is in the news again for dislocating the jaw of his ex-girlfriend and the mother of his child.  He claims he was defending himself.  Hmmm.

Potter at the City Paper.
After outrage greeted Hlavac's promotions, Ravenstahl pledged that a new domestic-violence policy would "address the issue from here on out," and that Hlavac and the other officers would be "closely monitored."

How's that working out, Mayor Ravensathl?[sic]
Behind the Blue Wall


Some wonder if we should blame the Masons? 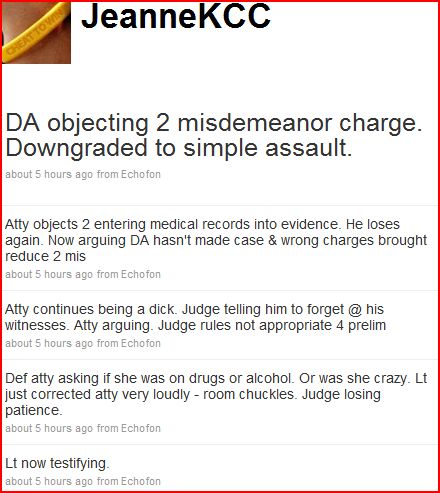 Hlavac has been reassigned to the warrants office, but still carries his weapon.  He's using up his vacation so there's no "need" to suspend him, but the CPRB is calling for a suspension.

Folks, this man is a volatile nightmare of a public servant.  How can a person with reasonable intellect and self-preservation skill emerge unscathed from the 2007 promotion debacle only to engage in escalating violence toward his intimate partner?  It is called domestic violence, not a spat nor a dispute nor self-defense.  A trained police officer does not need to dislocate the jaw of a woman to "defend" himself.  At least not a well-trained police officer.

Hlavac beats up women because society allows men to do that. We fail to hold them accountable, especially if they are in positions of authority. He's a cop because of whatever is in his nature that attracts him to hold power over other people. He doesn't deserve the badge.