I used to give Reverend Ricky Burgess the benefit of the doubt. He's the councilor for Pgh District 9. 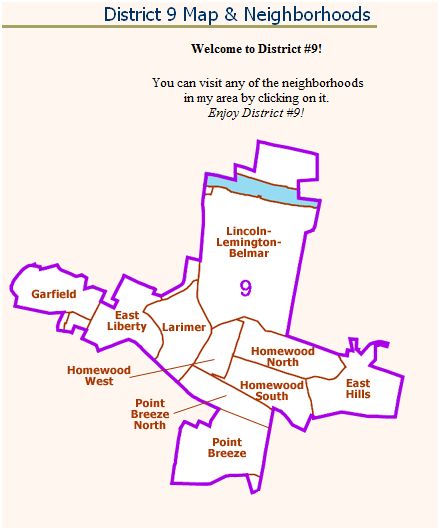 When City Council voted on a "Will of Counsel" resolution to support including sexual orientation, gender identity and gender expression in the state Human Relations Commission, he parsed his support. He voted for it, but did not sponsor it.  So touting it as "unanimous" was a bit ruined by his trying to have his cake and eat it, too.  It was also distasteful when you consider (as he never seems to do) that there are LGBTQ folks living in District 9, some out and some not, whom don't get swept up into the giant net of oppression he so often touts as unique to his reign.

Yes, the 9th District has tremendous challenges and has not been effectively stewarded by previous councilors.  But Burgess subtle anti-gay positions threaten the welfare of individuals struggling with the same socio-economic challenges and the double whammy of being gay.  I would expect Burgess' time on the board of the Pittsburgh AIDS Task Force (PATF) to have opened his heart to the lives (and deaths) of women and men in our community.  He was right there in the midst of the strengths and those experiencing suffering. It staggers the imagination that he can't extrapolate to the general LGBTQ community's experience as second class citizens.

The crushing blow for me came in June 2010 when Reverend Burgess refused to support PrideFest or have his photo/name included in the City Council ad in the PrideGuide. 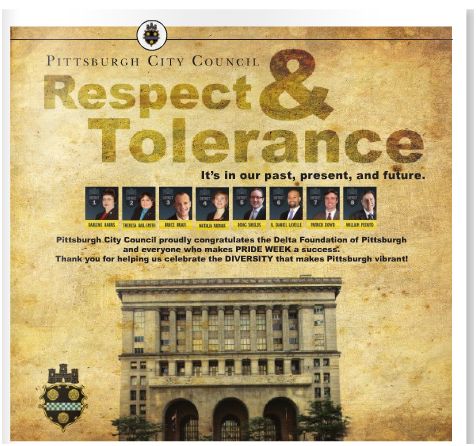 Such a simple gesture of support and goodwill to the LGBTQ community's annual festival and celebration.  This is far less controversial, but just as symbolic as a vote to say gays should be protected at work, in housing and when seeking public accomodations (think dinner at Applebee's).

My other favorite maneuver has been Burgess' attempts to parry, thrust and isolate openly gay Councilman Bruce Kraus as some sort of stereotypical rich white gay man with no concern for the plight of the poor and oppressed in spite of the, well, facts.  He neatly sidesteps the plight of any gay person in today's Pittsburgh/Pennsylvania -legally second class citizens. Not protected from hate crimes. Not allowed to marry. Exorbitant costs to adopt your own child. Any and almost every right at the whim of elected officials who simply don't want to codify those rights.  He assumes (wrongly) that Bruce has been immune to homophobia or that Bruce is unaware that the experiences of low and moderate income LGBTQ persons is even more perilous.  He underestimates the capacity of his fellow councilor to empathize and that is a serious mistake.  Just as Mr. Burgess is concerned with the experiences of low income African-Americans living in District 3, Bruce is aware of the struggles of LGBTQ residents in District 9.  They represent a City together and Mr. Burgess' stereotyping of Bruce is a pathetic grandstand attempt to salvage his seat.  It is not leadership.

Shame on you, Ricky Burgess, for pandering to homophobes as the expense of your own residents.

Fortunately, you have a choice this Saturday evening to bring a more studied voice to the City Council chambers and for only $10. Join Lucille Prater-Holliday at the Shadow Lounge from 6-8 PM and learn about a woman who has fought many a grassroots battle on issues ranging from environmental racism to affordable housing.  Learn about her vision for District 9, a vision based on her own experiences of poverty and racism and scratching her way to a bachelor's degree and her willingness to bring up the incredibly tough topics and demand, demand that District 9 get the resources and investment the residents deserve.

As for gay issues?  Lucille's sister was an openly gay woman in the African-American community in the 1980s and beyond.  She talks of her sister's refusal to live a lie, her strength and her closeness to her family.  She must also have witnessed the homophobia, the rejection and the pain of being second class all over again in an era when our President never uttered the word "AIDS"  Lucille absorbed these experiences and I have faith that she will be the Councilwoman who reaches out to LGBTQ persons living in District 9 who also struggle with fair housing, decent paying jobs and public transportation -- the issues that unite them to their neighbors.

Lucille's name will be on the 2012 Pridefest proclamation.

Your $10 can make all the difference.  If you can't stop by Saturday night, please consider a modest $10 donation.

ps - I left word with Councilman Burgess' office asking "why?" but no response.

PS: I am not afraid either!