Most blogs are abandoned within 90 days. Those that endure typically last 2-3 years.

That works out to my blog being 5-8 “generations” removed from the blogs someone launches as a New Years resolution in 2022.

I don’t remember celebrating my actual sweet 16, but it was certainly not like the movies. I was all about passing my drivers license test. I think I got an AAA membership and car insurance paid as a gift.

Here’s my very first blog post in its original format.

When I think about 16 years of blogging, I feel that this is a foundation and nowhere near a final chapter. There are many things left to say and certainly assess with my queer eye. But reflection is important for growth and for peace of mind. Has my blogging had an impact in the world? Have I been fair, balanced, and accurate or at least clear when I’m not doing so and going into full rant mode? Have I tried to lift up and amplify other voices other experiences, and other queer points of view? Do I hold myself accountable in the same way I try to hold community leaders accountable?

I’ve often said that this is not a queer media site. It is a blog, a reflection on LGBTQ experiences in the early 21st century, and an archive of moments that might not otherwise be documented. The Pittsburgh LGBTQIA+ Commission is a good example. I have written about the various incarnations of this entity, stretching back to when it was first convened as an Advisory Board by then-Mayor Luke Ravenstahl in 2006. I believe I have the most robust documentation around and certainly have been the most attentive member of the media. So when considering whether to apply for a seat on the newly formed LGBTQIA+ Commission, something most journalists and bloggers not do, I was bringing a wealth of information and institutional history with me. So I applied, was confirmed, and elected to a role as a co-chair. And I’ve brought forth information, facts, and data that has arisen over the years and not really documented. I’m proud of that work, that service to the City. I was honored that I was the very first person confirmed in history when it should have been alphabetical. I feel that’s a credit to this blog and the impact we’ve had together as contributors, guest bloggers, behind-the-scenes techies, advisors, critics, and, most importantly, those of you who read this blog.

Thank you for being part of what we do.

Here are a few of the memories from the past 16 years that come to mind when I think about lists. I apologize if I have forgotten anyone or anything, I am writing this while sick (I’m getting tested) so let’s blame COVID-19. In no particular order:

Looking over this list, it really is about the relationships that generate rewards. I’m part of the narrative as well as chronicling it.

All of this has led to the founding of Pittsburgh LGBTQ Charities this year, an outcome I never anticipated 16 years ago. It is a separate entity from this blog, but shares a history.

Join me in celebrating this ‘Sweet 16’ occasion

To wrap up, I used an image taken today when I was waiting my turn for a COVID-19 test at Metro Community Health. I started feeling pretty sick yesterday so being tested was vital. Two year pandemic was not something I foresaw in 2006. Hopefully, next year, I’ll be writing this blogiversary post from a sunny vacation spot instead of my sofa while I wait to see if I’m infected with a virus that’s killed over 800,000 Americans and nearly 5.5 million people worldwide.

Tags:anniversarybloggingBlogiversarySweet 16
Read More About the Correspondents 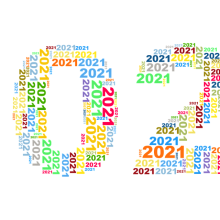 Tour a 1900 Manchester Home the Night Before It Is Demolished