That has always stuck with me, this idea that we as queer people have a special role to play in society and, quite frankly, society needs us today more than ever before.

This is Sean Strub. I’ve known of Sean for many years through LGBTQ organizing. In 2014, I read his memoir Body Counts a memoir that illuminates the cultural and political history of HIV in the 80’s, 90’s and 2000’s. Last year, we watched the documentary  My Friend, the Mayor: Small Town Democracy in the Age of Trump It is fair to say he has had a transformative role in my politics.

Sean was the first elected to respond, but I hope we will have more Q&A’s to share – check back!

Tell us about your district. Who are your constituents and the community you will serve?
Small county seat borough in northeast PA, about 1,200 residents.

I have been involved in this community for years, was appointed to complete a term of a previous mayor who resigned, then was elected in 2017 and reelected this year.  I feel effective in this role, which is why I ran for reelection.

Pursuing strategies to depolarize our community’s public discourse, reaching out to faith and civic leaders, engaging in a conversation about how we can reduce polarization.

I’ve been out for 45+ years so I can’t really judge what impact it has.  There are certainly people who are anti-gay and that was a factor in opposing me, but the opposite is true as well, that being openly gay and HIV+ conveys a certain life experience and perhaps a set of values that give some voters confidence.

Having such great role models as a child was extremely important to the adult I became.

This is a massive question, but in the briefest of terms, the more LGBTQ people someone knows, the more accepting they are likely to be.

Better political leadership, particularly at the federal level, would have saved a lot of lives.  At least to the extent queerness correlates with marginalization, poverty and poorer health care access, it also correlates with increased risk adverse health consequences.

I like this question!  His name was Paul Young and he was the brother of a woman who cared for my siblings and me when we were children growing up in Iowa City, Iowa.  Paul and his partner, Jack Mesmer, lived nearby and were about as open as two men could be in the midwest in the 1960s.  As a child I was mystified why they had so much security around their home, tall fence, floodlights, etc.  Years later I learned they had been targeted for vandalism and harassment for years.

When I was shamed for not being athletic, having a lisp and being “different”; they embraced me, encouraged me and loved me.  From my earliest memories, until when Paul died at the age of 90, every time I said goodbye to him, he hugged me and whispered in my ear, “I love you more than my next breath”.  For reasons I can’t explain, I didn’t come out to them until four or five years after I came out to my parents. I’ve always regretted not having come out to them sooner, as they took so much joy in my life. Having such great role models as a child was extremely important to the adult I became.

Are there that many young LGBTQ people who don’t realize queer people are elected to public office?  When I meet with kids they are generally that impressed by this fact as it isn’t so novel anymore.  I don’t know that I have a particular message for young LGBTQ people other than having belief in oneself and pursue one’s dreams.

Yes.  I think during a period of profound polarization in the country, we as LGBTQ people, have a special role to play.  We have lived our lives navigating between disparate worlds, learning to find safe paths to grow and flourish and be ourselves.  I believe we can play a role in bridging the polarization in the country, by modeling healing behaviors, disagreeing without being disagreeable, prioritizing civil discourse, responding to adversaries with generosity and empathy.  That doesn’t mean we compromise our principles or don’t fight for what we believe in.  But let us be the bridge-builders.  I was once fortunate enough to have dinner with Harry Hay, the founder of the Mattachine Society and the Radical Faerie movement.  At the time, I was deeply engaged in Democratic party politics, excited that we were finally getting “a place at the table”, somewhat shaped by assimilationist political ideals.  That evening, Harry Hay challenged me to imagine what our movement would look like if instead of saying, “we are just like you!” and seeking “acceptance” that instead we acknowledge that we are not just like everyone else.  Instead we emphasize that we contribute something unique and special to society and the culture and that without us, the broader community would be bereft, lacking something necessary to create a healthy society.  That has always stuck with me, this idea that we as queer people have a special role to play in society and, quite frankly, society needs us today more than ever before. 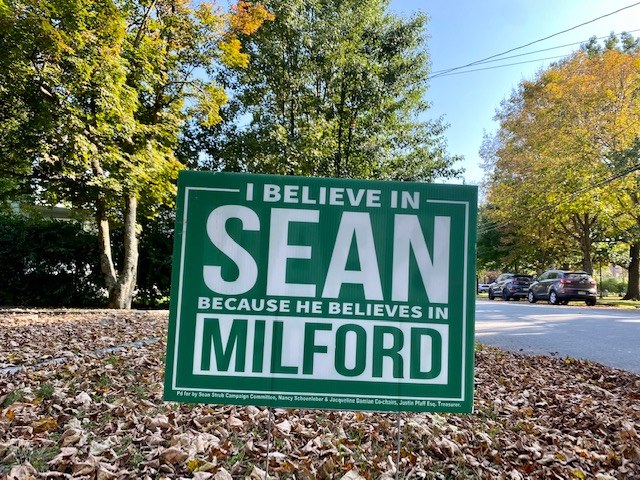