When people talk about their best friends or when I see besties on a TV show, I cringe.

I don’t have a best friend. I have my wife. I have lovely good friends who are importantly intertwined into my lifeweb. I’m not lonely.

Dr. John Ruffing VMD walked into my life when I was 15 years old after his mother bought the house next to my parents. We were fast friends. For 22 years he was part of my life. Until he wasn’t.

Milestones passed. I was suddenly 41, then 42 outliving him. Next, ten years had passed. Then I was 50. Then I was married. He wasn’t there. Maybe he was.

But I cannot imagine having another best friend. That slot was filled and ripped away from me so I cannot replace him anymore than I can dislodge him from my heart. I have friends, close friends, good friends. That’s enough.

I think that’s why the term ‘besties’ and ‘BFFs’ irk me as frippery and far too casual. They almost sound like intentional attempts to have fun at an arms distance or perhaps to reduce that real intimacy, forged through fire and triumph. Or perhaps it is just a cold reminder to those of us who have lost our best friends of that empty space.

I imagine John leaning over to whisper in a sotto voice “Do you think they are really best friends if they have to say it so often?” and I smile because that’s exactly what I was thinking. Catty perhaps, but not necessarily untrue.

John would be 55 today. He would hate growing old. He would hate a fuss. But in our hearts, he’s always 41. I outlasted him and that breaks my heart.

So I launched an effort to keep his spirit alive with me – a fundraiser to help support a mass trapping effort here in Manchester. I hope you’ll join him and me in carrying his work forward. 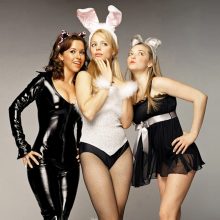 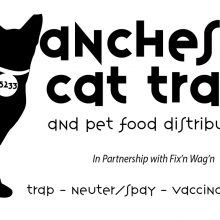 Welcome Aboard to Our New Foster Cat Trio: Catamaran, Marina, and Tug #KittensAhoy