Aidelen Evans’ body was found at 7:19 p.m. on Thursday, March 18, 2021 in a canal in Arthur, Texas. Port Arthur is about 90 miles east of Houston and home to the largest oil refinery in the United States, Motiva. Police responded to phone calls reporting the discovery of her body.

Aidelen was a 24-year-old Black trans woman with ties to Port Arthur and nearby Beaumont and Houston where she had family. Police have not yet released a cause of death. They describe Aidelen as a person experiencing homelessness who did move between the three metropolitans areas.   Due to unfortunate deadnaming and misgendering by law enforcement and the media, her community didn’t learn of her death until later in March when first reported by PlanetTransgender.

A vigil led by trans community leaders including Dee Dee Watters was originally scheduled for Sunday Central Park (Fannin & 4th st) in Beaumont, but postponed due to weather.

Very little information about Aidelen is available at this time. We do not know why or how her body ended up in a canal or who might have been involved. We don’t know the cause of her death or what the final arrangements are. There are no public comments, yet, from her family. I don’t know what her hobbies and interests were, who her friends were, where she was born and raised, or any of those other stories of our lives.

Whether accidental or deliberate, we do know that a 24-year-old Black trans woman in Texas was homeless. That alone should be enough to make us realize how we failed this young person.  Accidental or deliberate, transphobia in the form of misgendering and deadnaming Aidelen should be enough to realize how our law enforcement and media outlets fail our trans neighbors, day in and out. Accidental or deliberate, if we simply cry and shake our fists at the sky because “this has to stop” without changing something in our own lives (volunteer, donate, educate, listen, etc) then we are failing all of the other young trans people who are still with us.

Aidelen is the fourteenth trans, nonbinary or gender nonconforming person reported killed in 2021. Thirteen of these fourteen neighbors have been BIPOC. She is the tenth victim who identified as Black. Aidelen is one of eight victims under the age of 26. In total, there have been FOURTEEN murders or suspicious deaths in the first 77 days of 2021, an average of one death every 5.5 days. So far. That we know of. Please note that we do not know the date Aidelen died, we can only use the day her body was discovered right now.

Rest in power, Aidelen. You deserved a home, a safe and loving and trans-informed home. You deserved dignity in your life and death. Your name will not be forgotten. As your story unfolds, you will help to share better things for other young trans women.

May your memory be a revolution 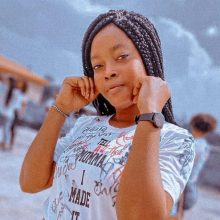 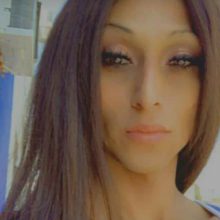