I must admit – I was shocked when I first read that the Pittsburgh Penguins (hockey franchise) accepted a $4.8 million loan from from the federal program set up to help small businesses weather the pandemic, I thought it was a hoax. I mean, they are the Penguins – the good rich mostly white dudes.

So yes, they have a Chick-fil-A franchise in the house even while organizing ‘Pride Night’ events.

And, yes, they are notorious for not acting in good faith with the negotiations around development of their Hill District properties.

And, yes, the last time I was in their arena, security told me that I couldn’t use an elevator and had to walk up 78 million steps, that is until I reminded him of the ADA and mentioned my partner is a lawyer.

The Penguins, who were recently given a $650 million valuation by Forbes.

But in spite of all the winning and that cup circumnavigating the City like a frenzied tourist tracing the Red Loop, it seems the Penguins could not afford to pay their rent without federal assistance. From KDKA

The Penguins said in a statement that they borrowed $4.8 million in mid-August under the CARES Act after the arena closed in March. They said their landlord, the Sports & Exhibition Authority, denied a temporary deferral of their annual rent payment.

They say the loan was used to pay their $6.1 million rent to the SEA, which the public agency used to make its required bond payment.

“The SEA indicated it is facing similar financial difficulties due to the closure of the SEA-owned Convention Center, and we are pleased that these funds were used to support an important public agency during these challenging times,” the Pens’ statement says.

Now I know that just being worth say $200 million like one prominent owner is doesn’t mean you have $4 million just lying about to be used in rental emergencies. There are things like liquidation, assets to be leveraged, the distinction between personal wealth and corporate wealth, corporation are people!, and other such capitalist business maneuvers to consider.

And the Penguins obviously felt a civic duty to pay their rent and support the Sports & Exhibition Authority. They were ‘pleased’ to pay their rent. Imagine how displeased so many fans feel right now because they can’t do that?

But what if they didn’t pay the rent? What would have happened? Would they be evicted? Move to a new city? Fined? Play hockey in Point State Park? Move to Neverland?

Or would they find the $4.8 million somewhere else in their budget? Say, for example, a loan from another line item in their operating budget? Or perhaps an influx from their very wealthy 1% part owner, Mario Lemieux who has an estimated net worth of $200 million? What if each player who earned more than $1 million chipped in a few thousand for that rent payment?

To be fair, some upper executives took unspecified salary cuts so they could continue to pay for the health insurance of the general staff (not the players, the staff staff.) And that’s a good thing, but it is also the decent thing to do – it should be the standard not the exception. If executive are so well-paid that a percentage of their salary could be (temporarily) used to offset lost revenue and keep people employed, what is the real lesson about capitalism and compensation?

And you still have to pay your rent. And by no stretch of the imagination are the Penguins a small business.

So what they did was steal federally sourced public money – OUR money – to pay their rent while taking bows for their previous pay cuts. They stole this money intended for small businesses. I use steal in a loose use because obviously in Trumpland, this was acceptable – shocker.

But in Pittsburgh, this is not acceptable. We want the Penguins to be our heroes, not two notches about the Crack’d Egg. We want the very richest businesses to absorb the biggest blows to protect the small businesses around it. We want(ed) that $4.8 million to support Smallman Gallery, Brugge on North, Mixtape, Zorba’s, Green Forest, Arnold’s Tea, Crazy Mocha, Hambone’s and the Park House – just a smattering of the businesses we’ve lost forever.

If you need me to connect the dots, the decisions by the Crack’d Egg to put people’s lives in jeopardy and team up with the Proud Boys are horrifying, but seem to resonate with some. Economically, they are making money and no one can stop them because capitalism. Claiming $4.8 million in economic recovery funds dedicated to small businessess is an equall odious decision and also resonating with some.  Is refusing to find a good solution with residents of the Hill District really that different than running a toy drive with the Proud Boys? Capitalism wants us to think so.

The idiots goading Mike Pence into some imaginary coup strategy and many horrible examples of the worst of human nature. The Penguins however will come out on top because we can’t kick them out of office. They simply issue statements and ride out the fall-out because they are very, very smart capitalists. They know our desire for sports, gatherings, socialization, normalcy will trump any fallout from this. We might not be able to AFFORD tickets plus parking and dinner and snacks and souvenirs, but we’ll figure it out.

The Penguins made a crass, sleazy decision and no amount of spin about saving the Sports and Exhibition Authority can cover their greedy, self-serving choices to take what they wanted instead of what they needed (they needed $0 or simply needed a skilled ethical accountant to help them find the money internally – see video below.)

This letter was in today’s Post-Gazette

Mario Lemieux may as well sell them; as far as I am concerned, they are dead to me.

Unlike the small businesses that are going under and their employees (unfortunately not hockey players), not a one of the Penguins will suffer over the COVID-19 shutdowns. Goodbye Pens.

Maybe I’m wrong. People might be disgusted with this turn of events. So here’s my quick advice to the Penguins

You still have time to turn this around and be the heroes we actually need right now. You don’t have to do that, you’ll still come out on top. But that hasn’t worked out so well for Donald Trump has it?

PS:- Also, get rid of Chick-fil-A. Bring in a local vendor to fill that slot.  You have an obligation to create a safe space for queer fans, not chicken sandwich fans. Call me about this. 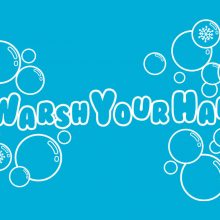