At 3 AM this morning, we rushed our dog to the ER vet office and had to put her to sleep. She was 14 or thereabouts.

We adopted Ana from a rescue in May 2008. She was about two years old and had been removed from an abusive home with a broken pelvis. Her foster home had several big dogs she adored. She was a little bashful so I filled our pockets with Beggin Strips and rubbed one on the soles of our shoes.

She never left our sides during the meet and greet.

She never willingly left our sides for the next 12 years. She endeared herself to our big dogs. She dealt with the cats once she realized they were a source of canned cat food.

She had a seizure in March. Our veterinarian told us it was likely an organic issue in her brain, probably a tumor that was untreatable.

So we took her home. She was clearly not quite the same, but was not in pain and enjoying daily life activities.

Until last night. She had a seizure. Then a few hours later, another. She walked around. Pottied outside. Had a drink and wagged her tail at us.

Then she had a cluster of seizures. We rushed up the highway in the darkness of the morning, Ana wrapped in a blanket in my arms.

They sedated her and urged us to decide quickly what to do because she was suffering. We made the only real decision and were escorted in to say goodbye. They wanted to act swiftly before more seizures struck.

She died in my arms.

Several months ago, Ana managed to get out of our yard through a gate left unsecured. Laura saw her, called to me, and went running to her. In the past when she’s escaped, Ana cowers to the ground until we reach her. This time, she kept running.

To our horror, she ran toward Chateau St. I was right behind her, running as fast as I could in my sandals, Laura right behind me. I thought I would be more visible than her and thankfully, she turned onto our street and away from the traffic. Laura and our neighbor Kate corralled her and she finally ran to my arms. It was clear she had no idea who we were, but she was safe.

So that’s how much I loved Ana. And how much damage this thing in her brain had inflicted on her – she was forever a different dog.

Ana stories are the usual array of happy/crazy dog tales – she went with us to Cleveland, but refused to pee on the grass outside of the hotel. She took ownership of our chais lounge and never relinquished her seat. She liked to run in circles for no apparent reason. She sniffed out canned cat food anywhere it was left unattended. She loved other dogs, but simply tolerated the cats. When some of those cats decided to make her their official snuggle buddies, she tolerated it with lots of eye rolls.

We dressed her in Halloween costumes. We bought her steps to access the sofa and the bed. We danced with her on the deck. And we loved her so much. 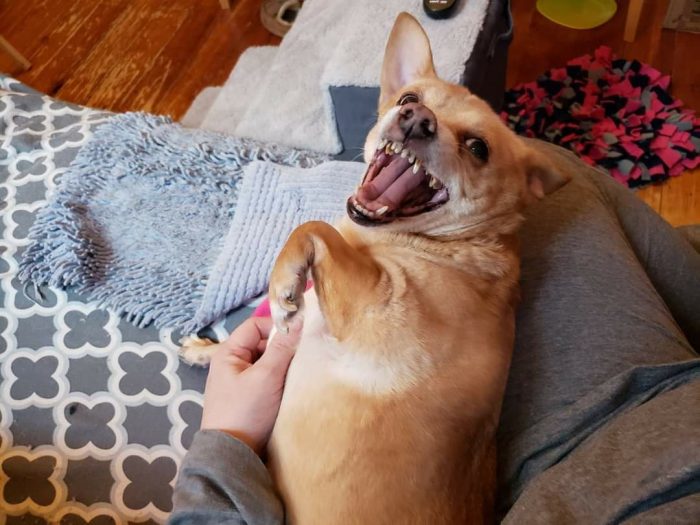 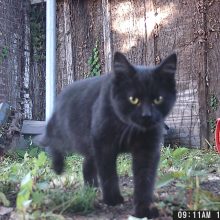